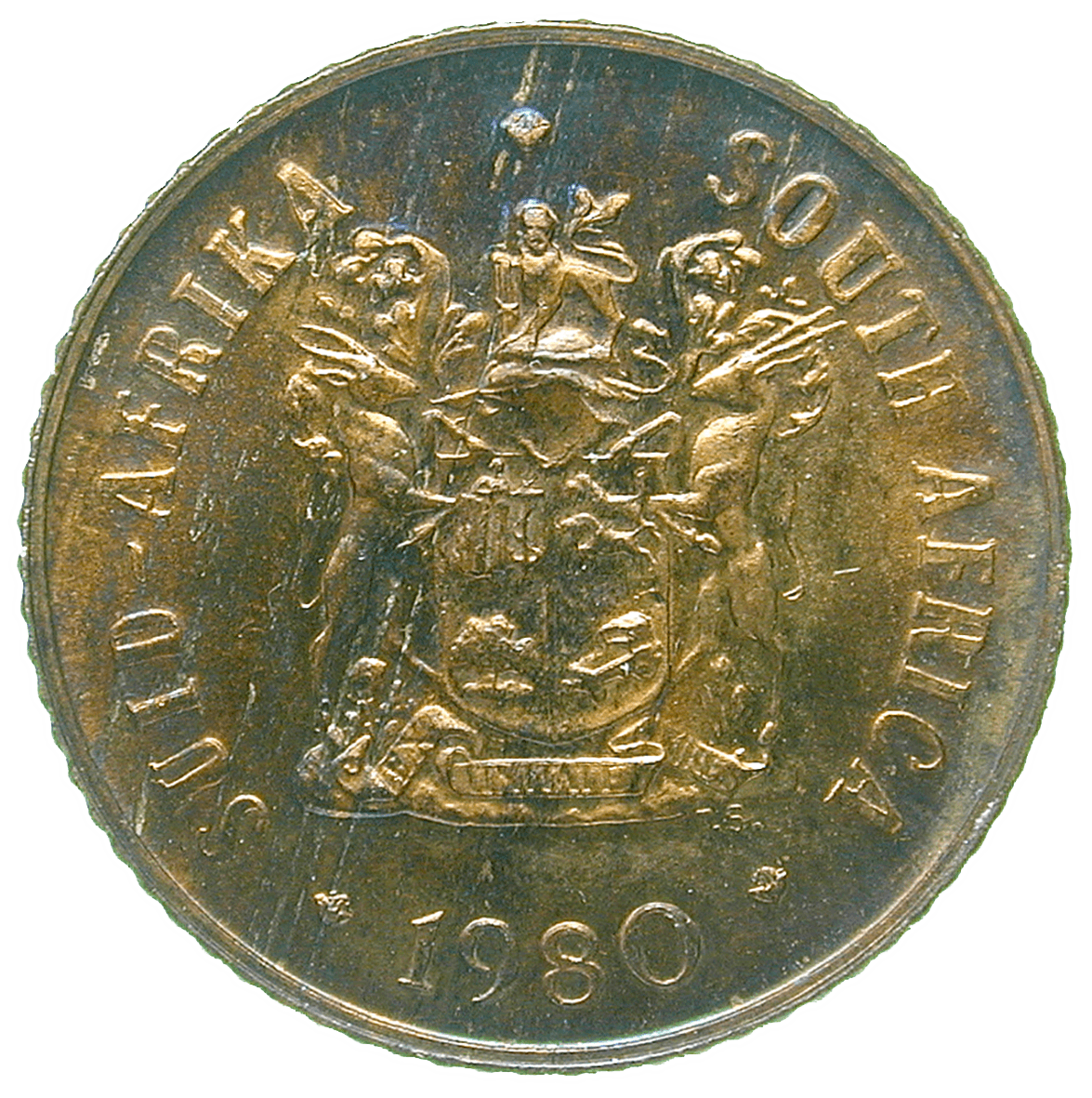 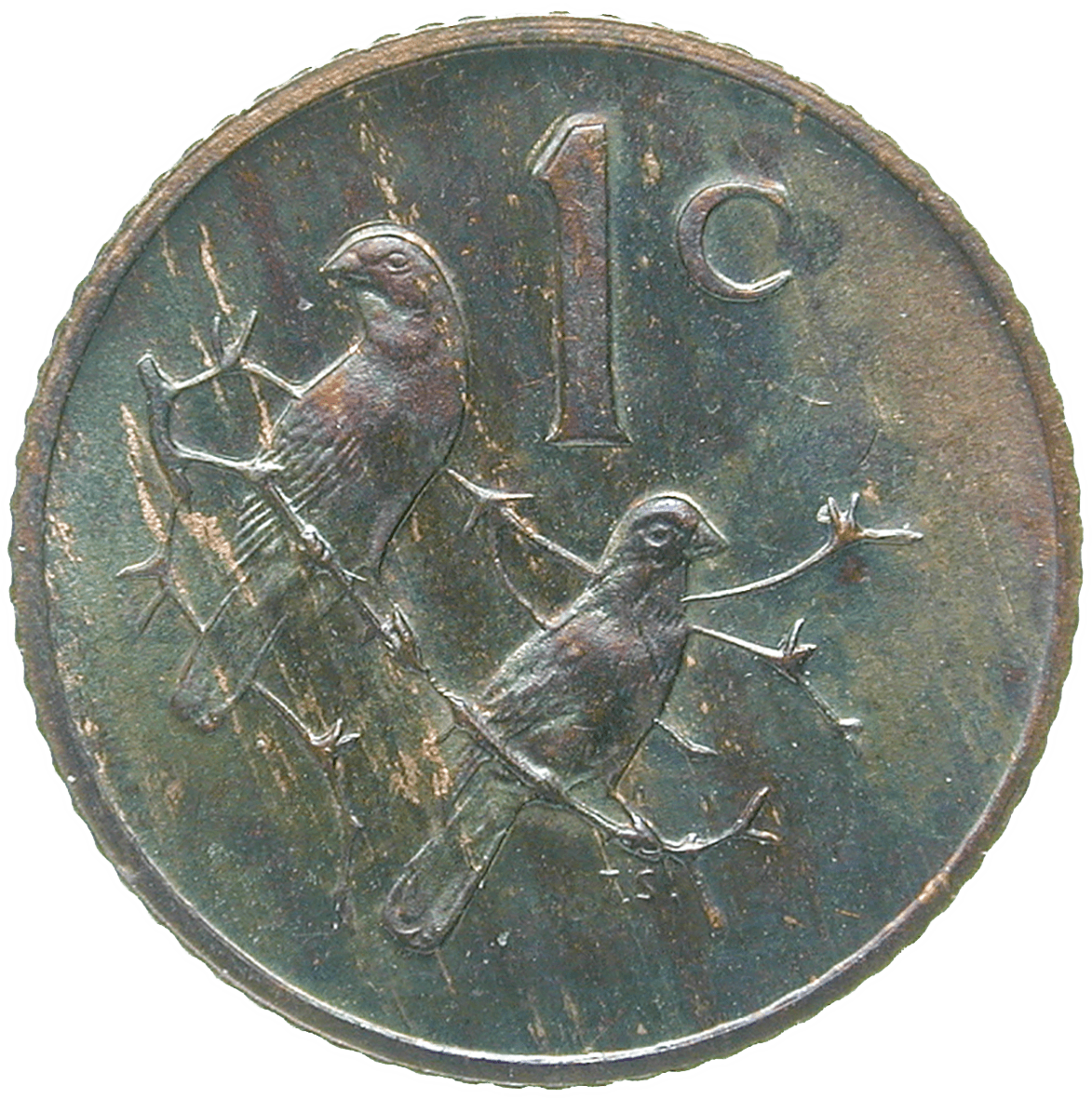 The state of South Africa issued its first coins in 1923. They bore the image of the British King George V on their obverse, as South Africa was a member of the British Commonwealth at that time. Accordingly the South African currency was geared to the British pound – one pound was divided into 20 shillings or 240 pence. It was a currency system that had been invented about 1,100 years earlier by Charlemagne. In the early 1960s the South African Union left the Commonwealth of Nations and in 1961 established the Republic of South Africa. The same year, the rand was introduced as new currency. The name "rand" derives from the Witwatersrand, the region where most of South Africa's gold deposits are located – deposits that make South Africa the most important source of gold worldwide. The rand did not follow the British currency any more, but was divided decimally: one rand equaled 100 cents. The first rand coins were issued in gold; since 1965, the rand was struck in silver, and from 1979 it was made from nickel.