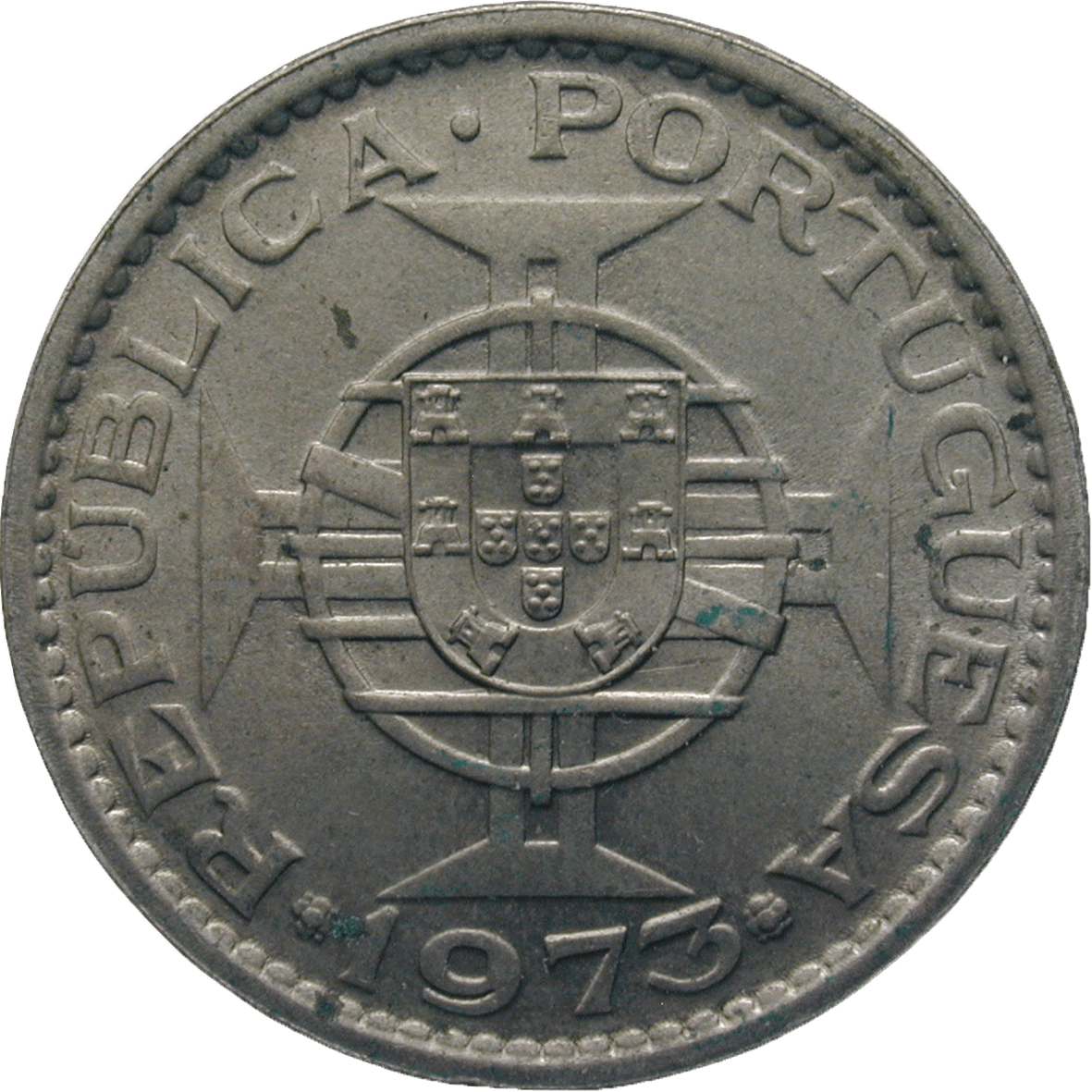 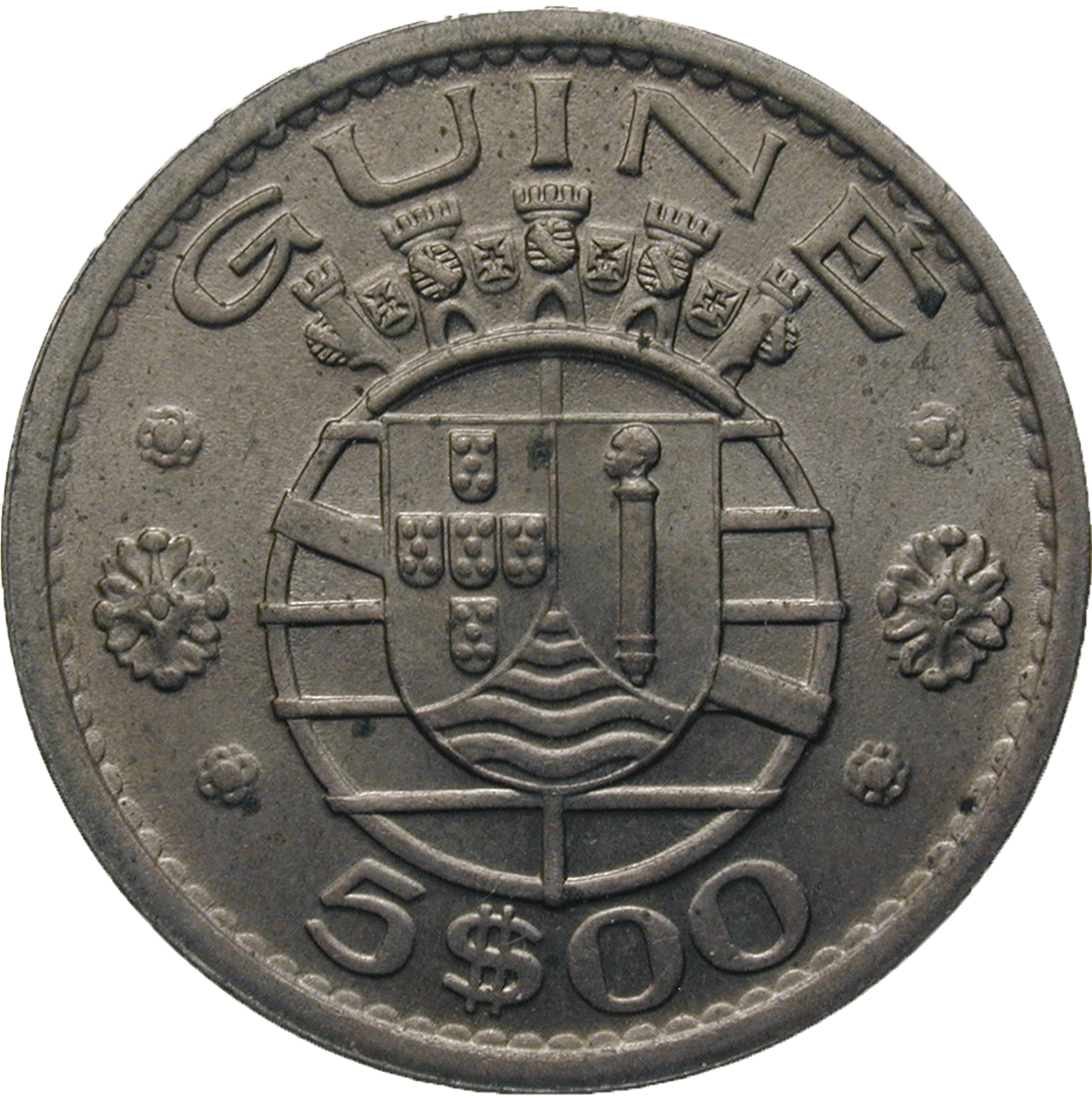 The modern republic of Guinea-Bissau was a Portuguese colony from the mid-15th century until the 1970s. In 1973 the little country on the western coast of Africa declared its independence, which Portugal acknowledged only a year later, however. This coin at 5 escudos was minted in 1973 by Portugal for its colony. Today, Guinea-Bissau belongs to the Economic and Monetary Community of West Africa and uses the CFA franc, the Franc de la Communautť FinanciŤre d'Afrique. The currency was introduced in 1945 for several French colonies in West Africa, most of which kept it after they gained their independence. Guinea-Bissau joined the union in 1997.