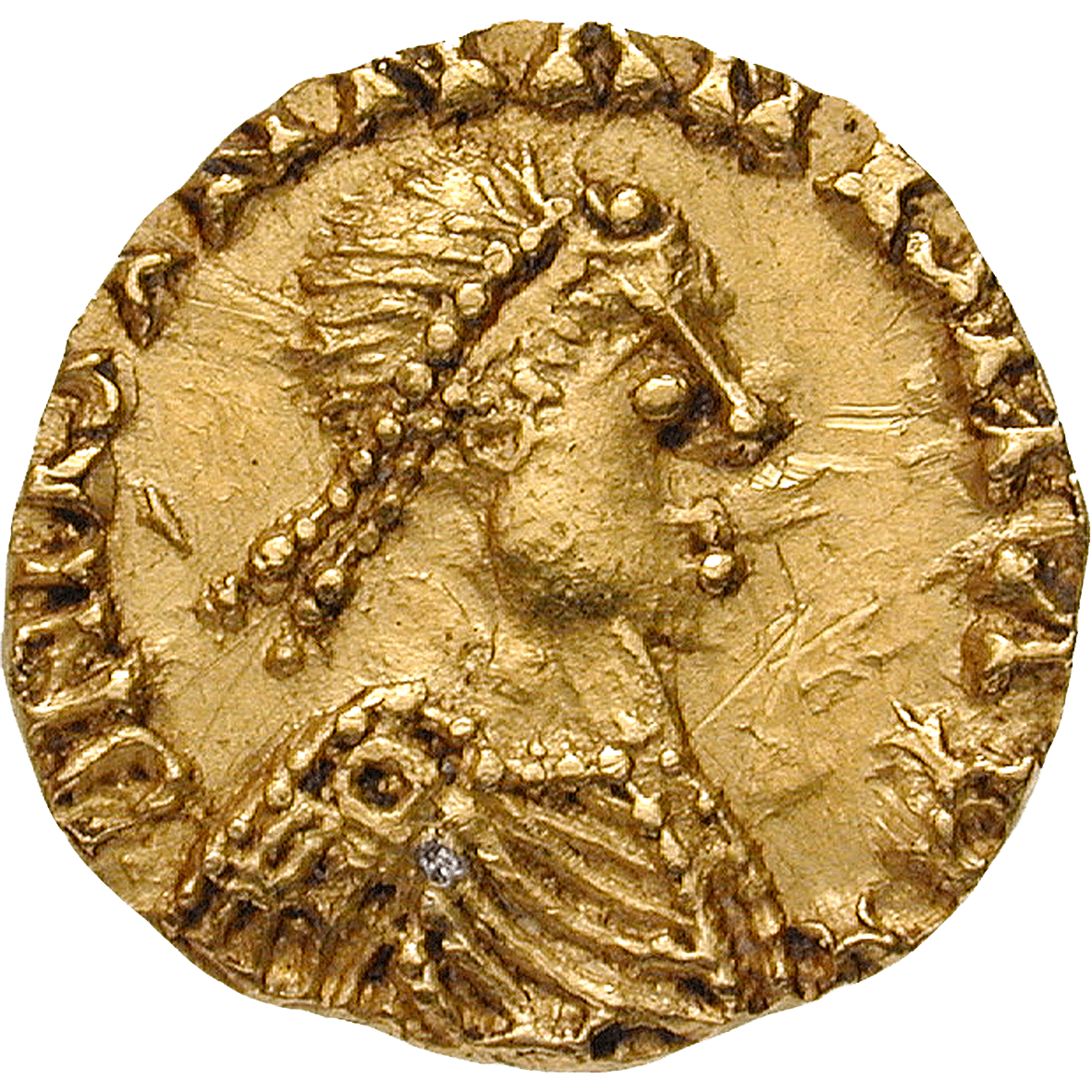 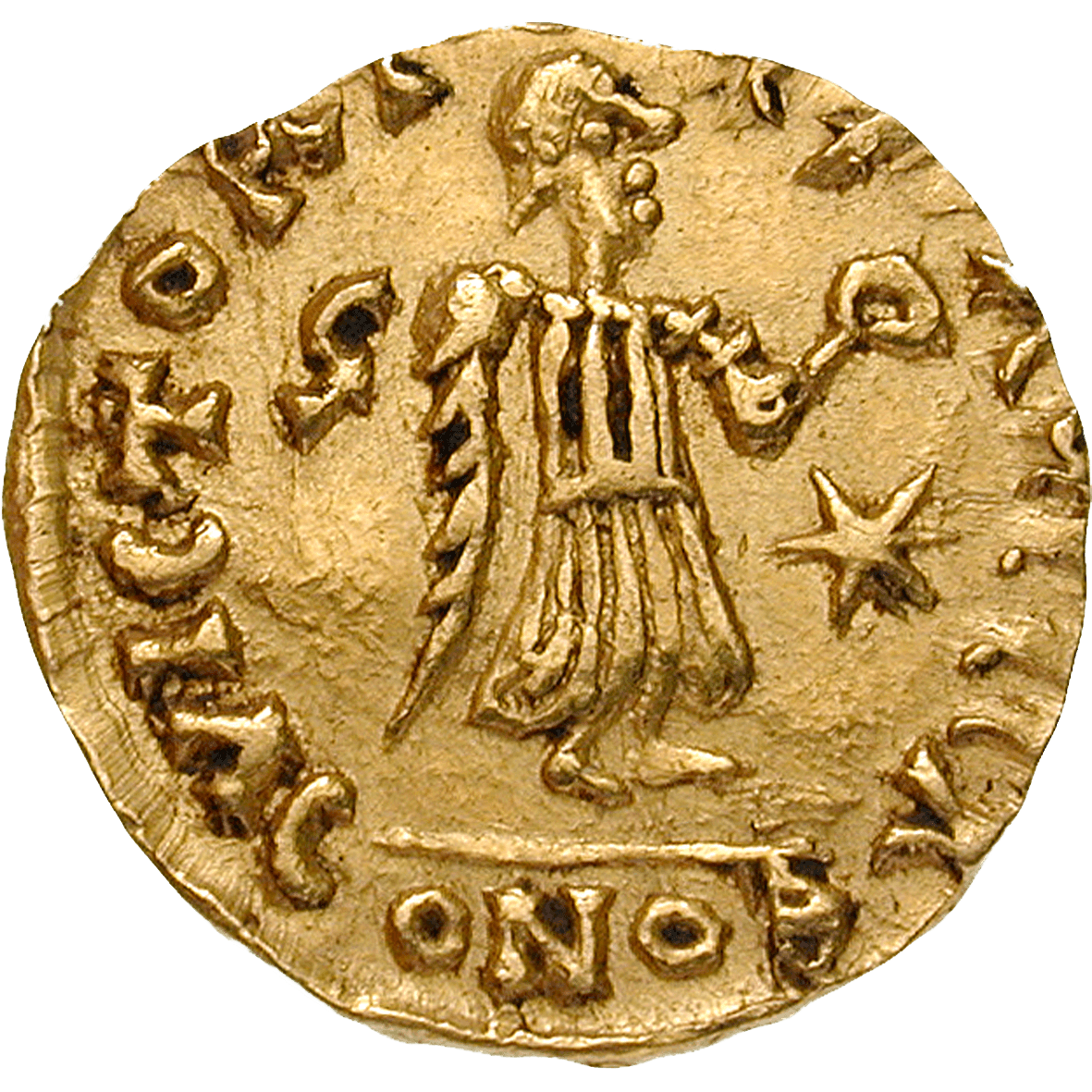 After the collapse of the Roman power "barbarian" chiefs ruled in Middle and Western Europe. One of these "barbarian" kingdoms was the kingdom of the Burgundians, an eastern Germanic tribe. At this time a pronounced monetary economy did not exist any more. But many of the Germanic chieftains had adopted Roman coins and started to mint their own money. These Germanic coins were imitations of Roman pieces: the coin motifs and the legends were simply copied from Roman and Byzantine originals respectively. This tremissis is such a copy. It was issued by Gundomar (524-534), the last king of the Burgundians, whose territory was conquered by the Franks in 534.