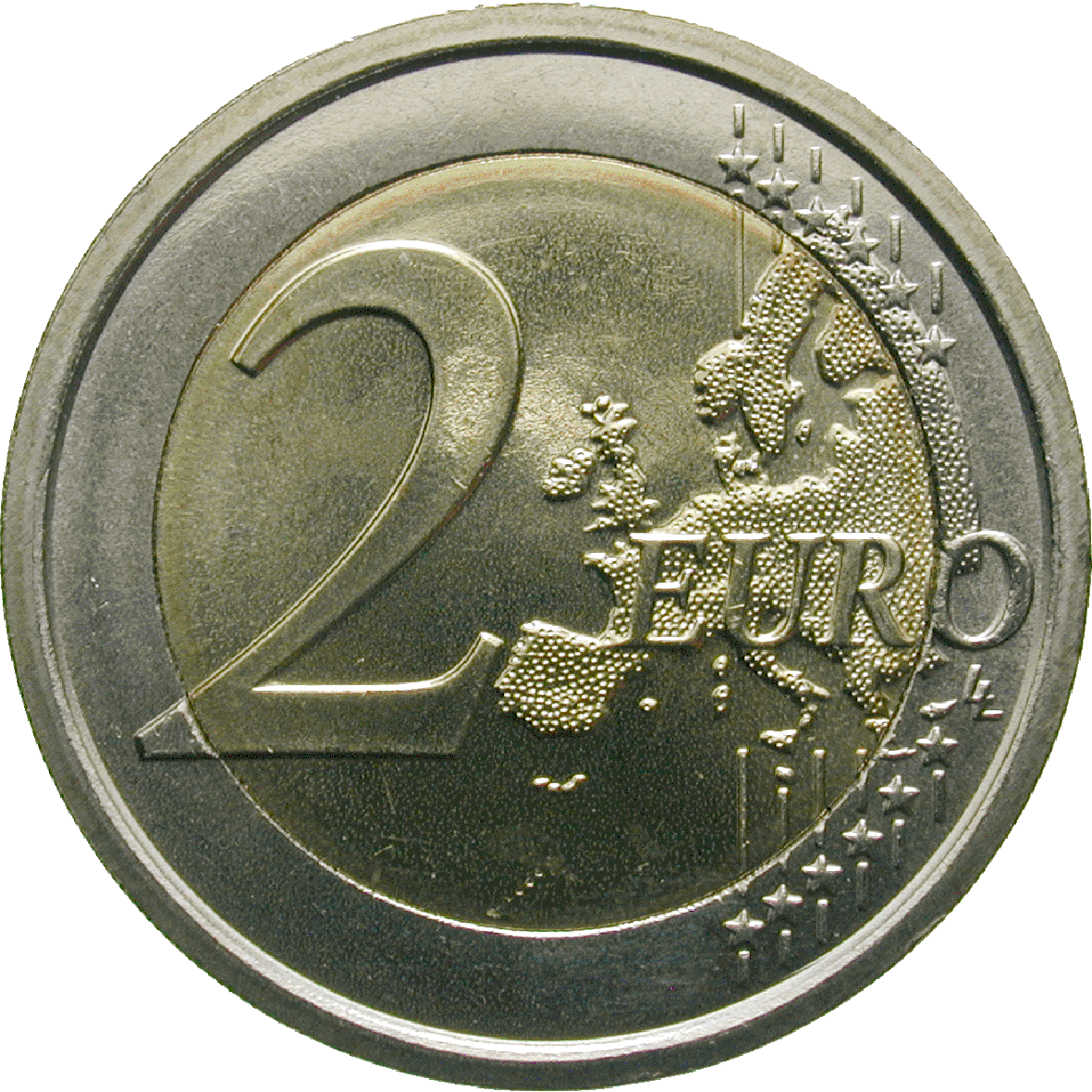 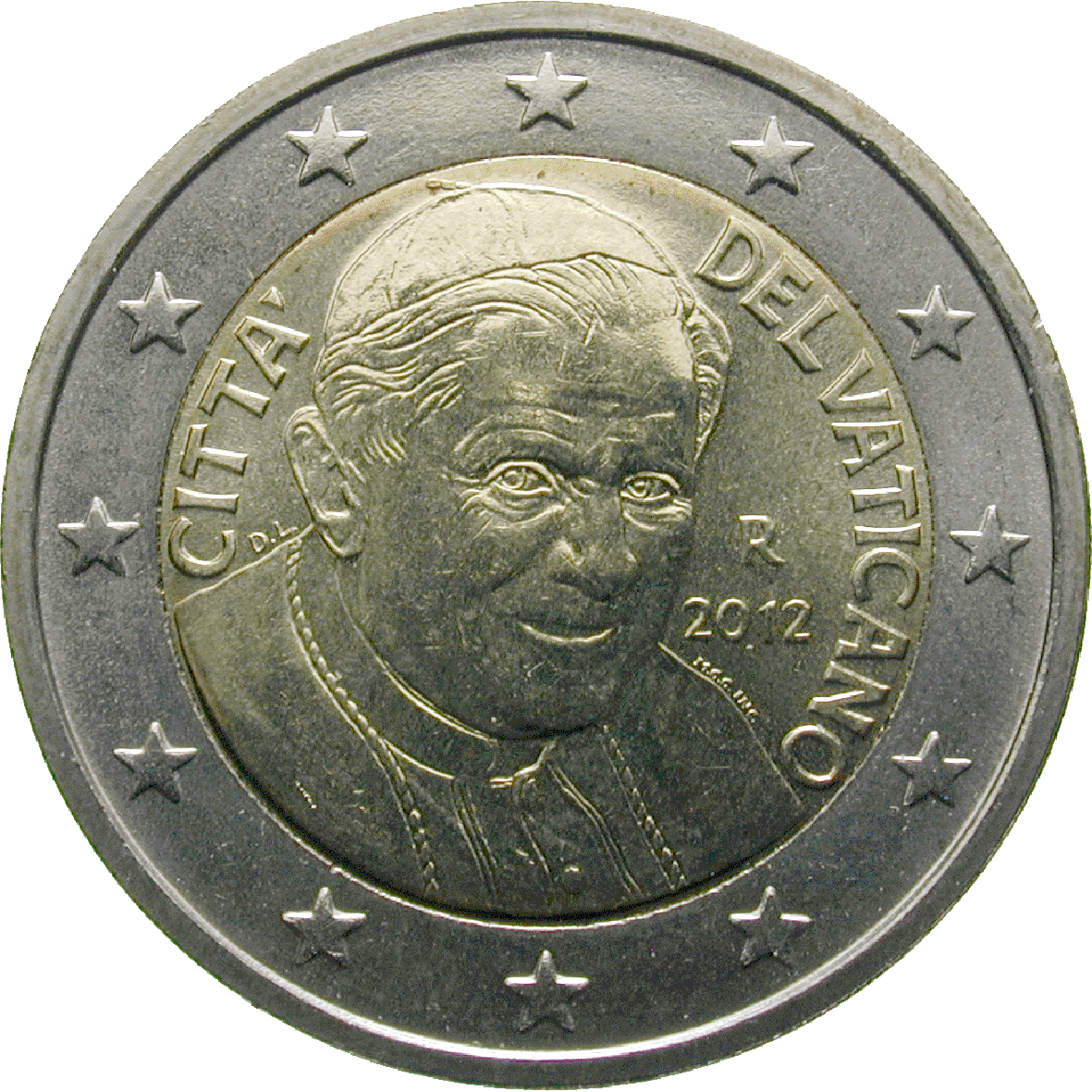 Vatican City is not a member of the European Union. The tiny state has its own euro coins nevertheless, because before the introduction of the euro, it was in a monetary union with Italy. Until that time the currency of the Papal State had been the lira. The national sides of the Papal euro coins all show the portrait of the pope. In 2002, the year of the introduction of the euro, this was Pope John Paul II (until 2005). From 2006 until 2013 the papal euro coins bore the face of Benedict XVI.