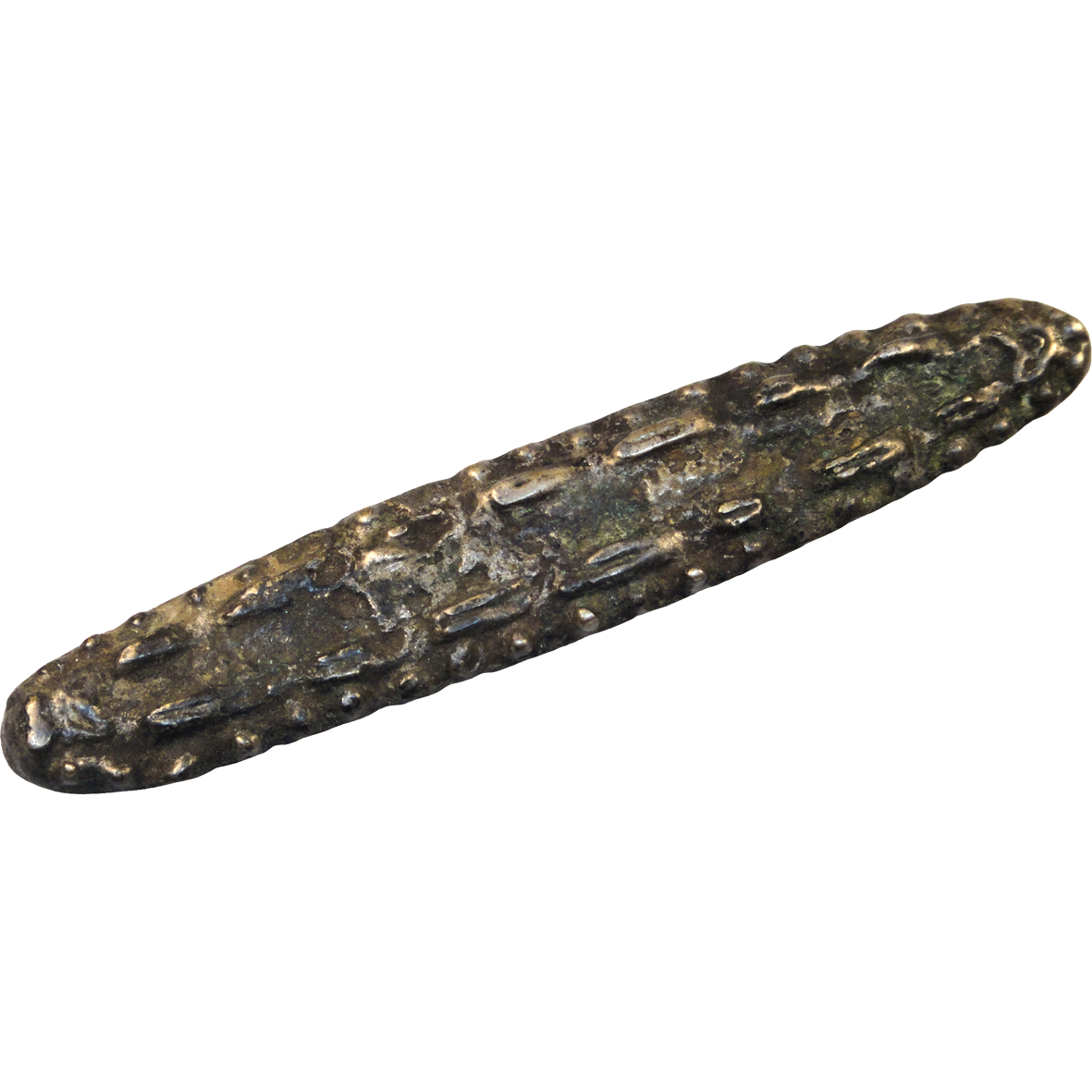 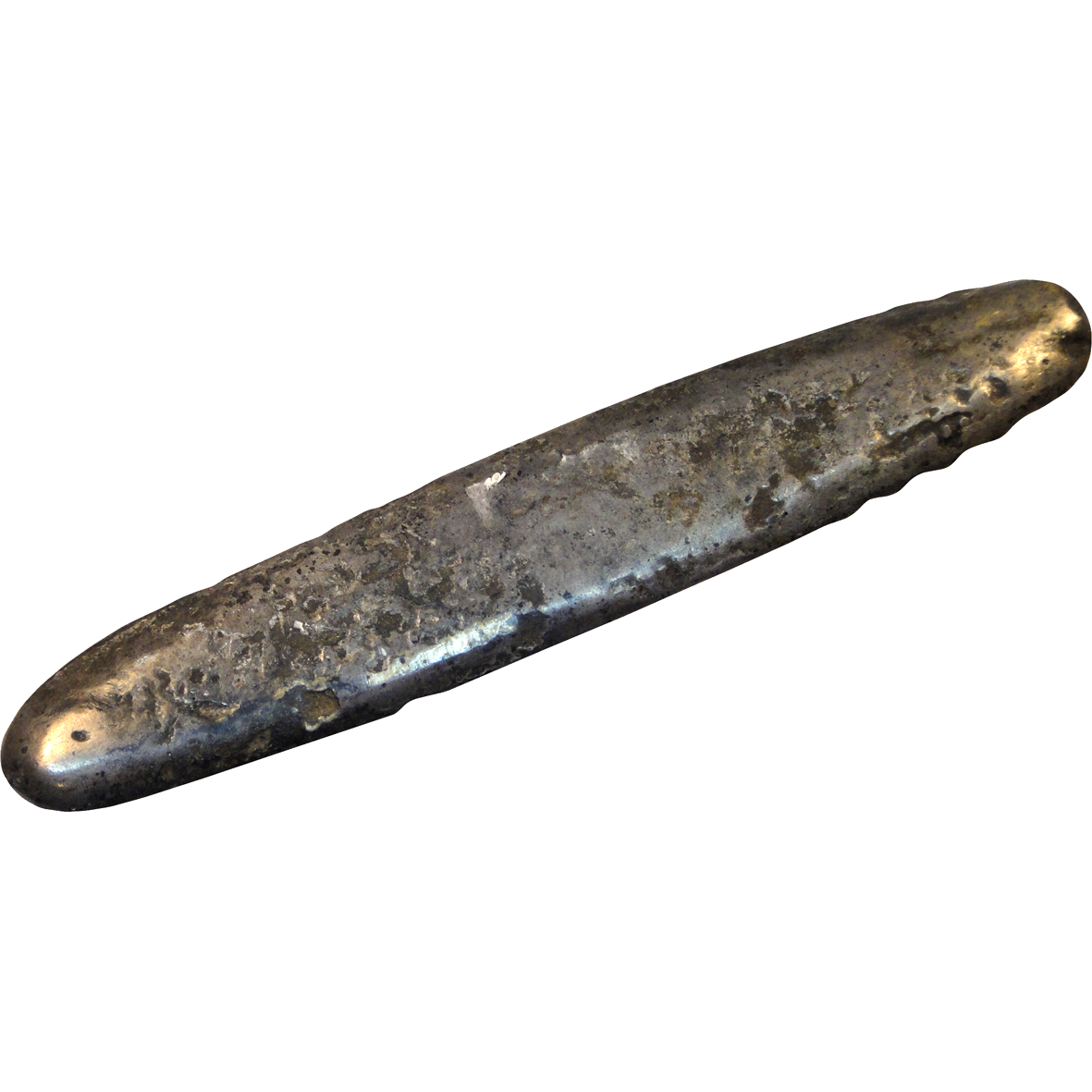 The name for this "tiger tongue money" derives from the raw tongue of a tiger. How the characteristic little lumps were produced, is unknown. One theory has it that it was done by scattering ants on the hot metal and that the formic acid caused the typical raised bumps. However, the warts are much too regularly to have been produced in that way. The first tiger tongues – also called lat money – were issued in the kingdom of Lan Chang in the 16th century. In 1707, Lan Chang divided into the two kingdoms of Luang Prabang and Vientiane. Both adopted the lat currency and continued to issue such ingots until the end of the 19th century.