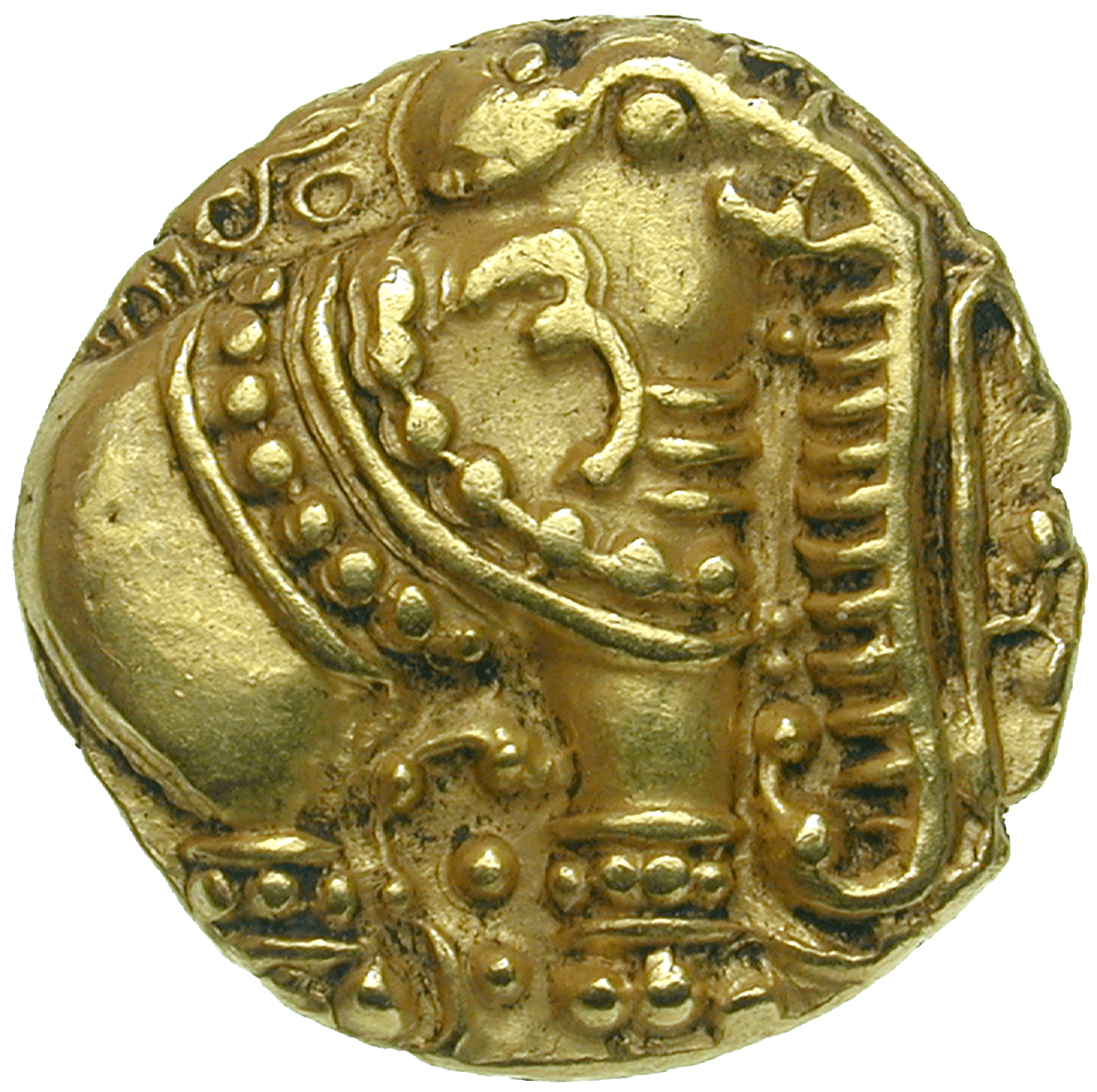 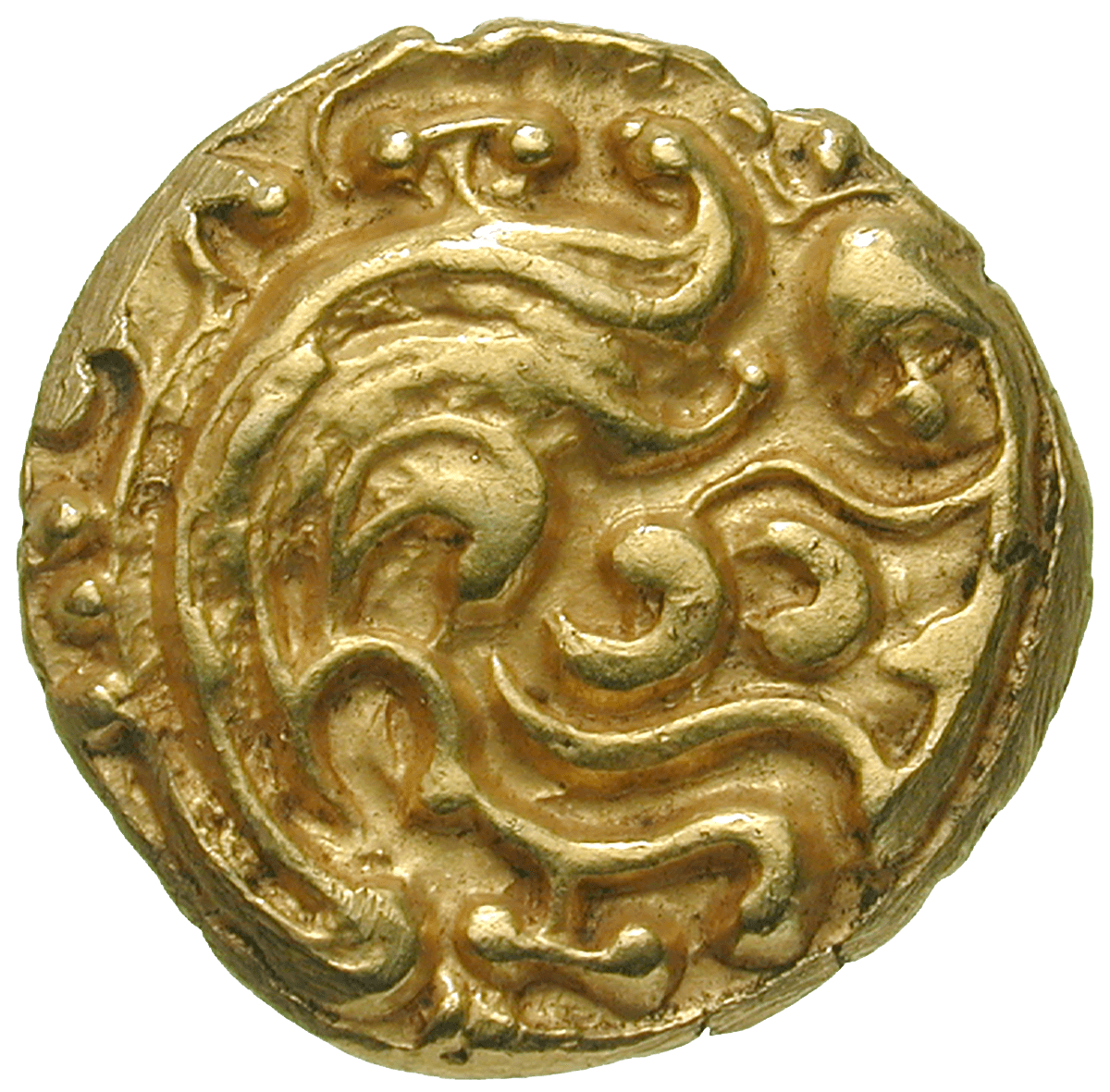 The pagoda was a South Indian gold coin that circulated during the 6th century already. One face bore a boar, while the other side was granulated. From the 9th century, pagodas depicting a nicely caparisoned elephant on the obverse and a floral scroll on the reverse were issued. Our piece is such an elephant pagoda. The elephant was the heraldic animal of the Western Ganga dynasty (c. 300-1000), but it seems they were not the only dynasty to have issued coins with an elephant design. The Ganga issued their gold coins mainly for trade with Indonesia and the Maldives. Because the early pieces are often without inscription, they are difficult to locate and to date.