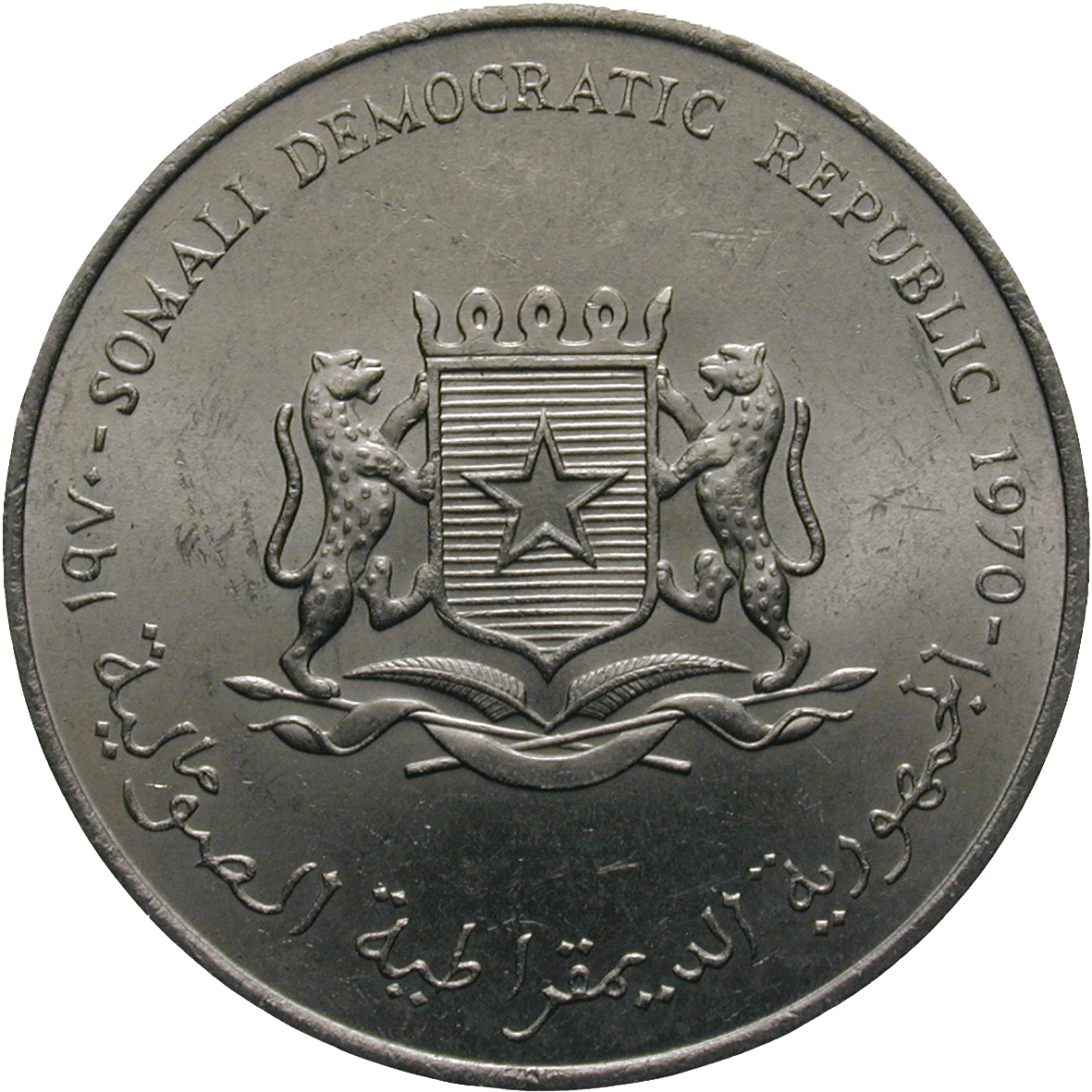 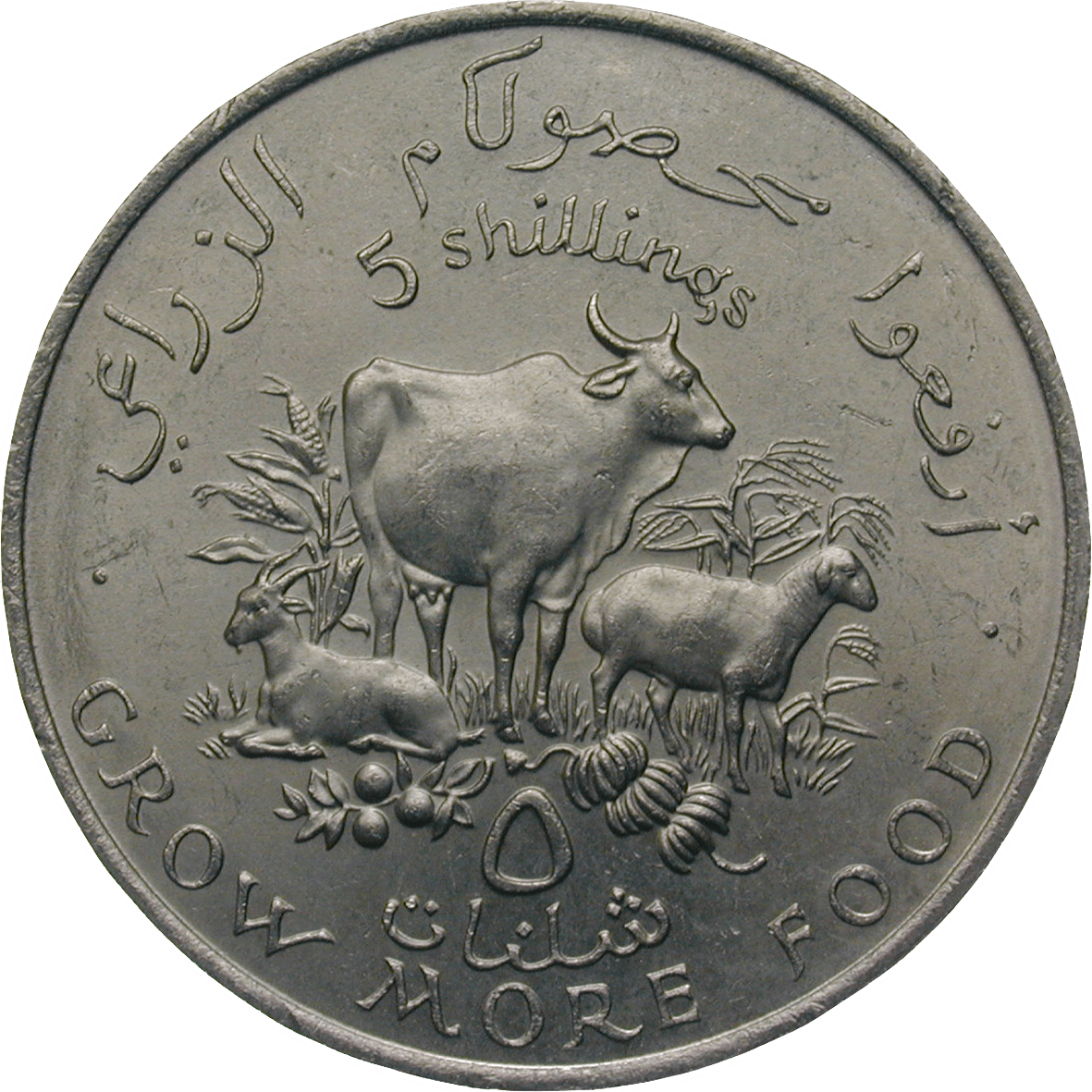 Somalia on the Horn of Africa is one of the so-called "failed states," a state that fails to fulfill the basic responsibilities of a sovereign government – that cannot secure the safety of its citizens, that has lost its monopoly of power and is unable to enforce political decisions. Since 1991 there is civil war in Somalia. In 2000 a transitional government was formed, which is, however, not recognized in all of the country. The north of Somalia is de facto independent under the name of Somaliland, and vast parts of the remaining territory are under the control of local clans or warlords. In so shattered a state, no stable currency can exist. The official Somali currency is the shilling, issued by the Somali Central Bank since 1960. With the commencement of civil war, however, diverse warlords started to print Somali shillings in large numbers themselves, which resulted in a heavy inflation. Today only bills of high denominations are in circulation in Somalia. A coin of 5 Somali shilling, like this one from the 1970s, has virtually no purchasing power anymore. Instead, several foreign currencies are in use in Somalia; especially frequent are US dollars, euros and the dirhams of the United Arab Emirates.