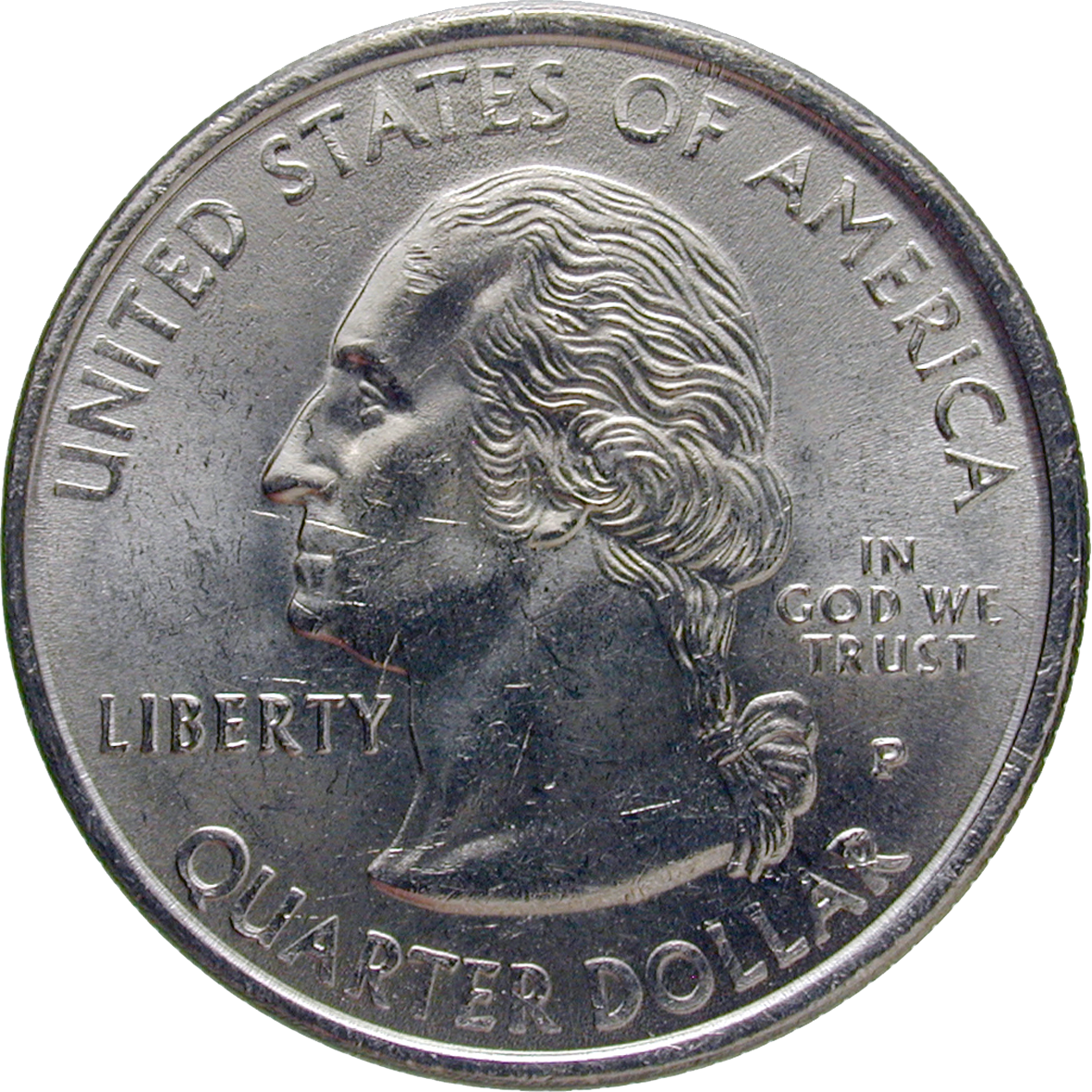 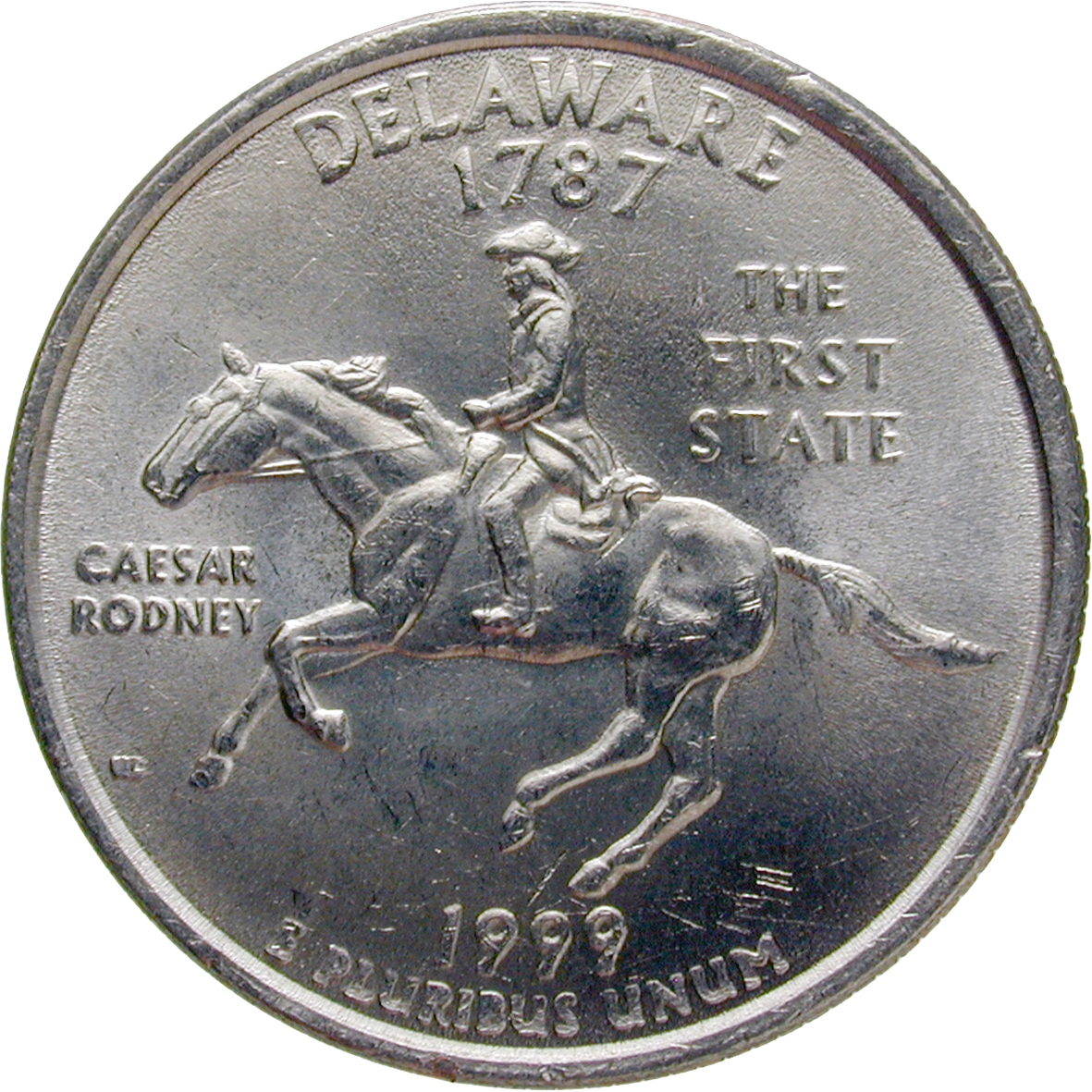 Delaware was one of the thirteen British colonies in North America in which more and more people began to stand up against the British motherland in the 1760s. In 1775, the revolt devolved into the American Revolutionary War (until 1783). Not long after the outbreak of the war, on July 4th, 1776, the thirteen former colonies singed the United States Declaration of Independence.

After the end of the war, the United States drafted their own constitution; it was ratified in 1787. The first state to authorize that constitution was Delaware. This is why the state is known as 'The First State', as the caption on this Delaware state quarter announces. The state quarters series was issued in 1999 to honor the American constitution, which is in force up to this day.

Always on the front line in the fight for freedom was the officer and politician Caesar Rodney. Here he is shown on horseback, to commemorate his legendary ride – 70 miles through a stormy night – to reach Philadelphia in time for the balloting, and to cast his vote for independence.