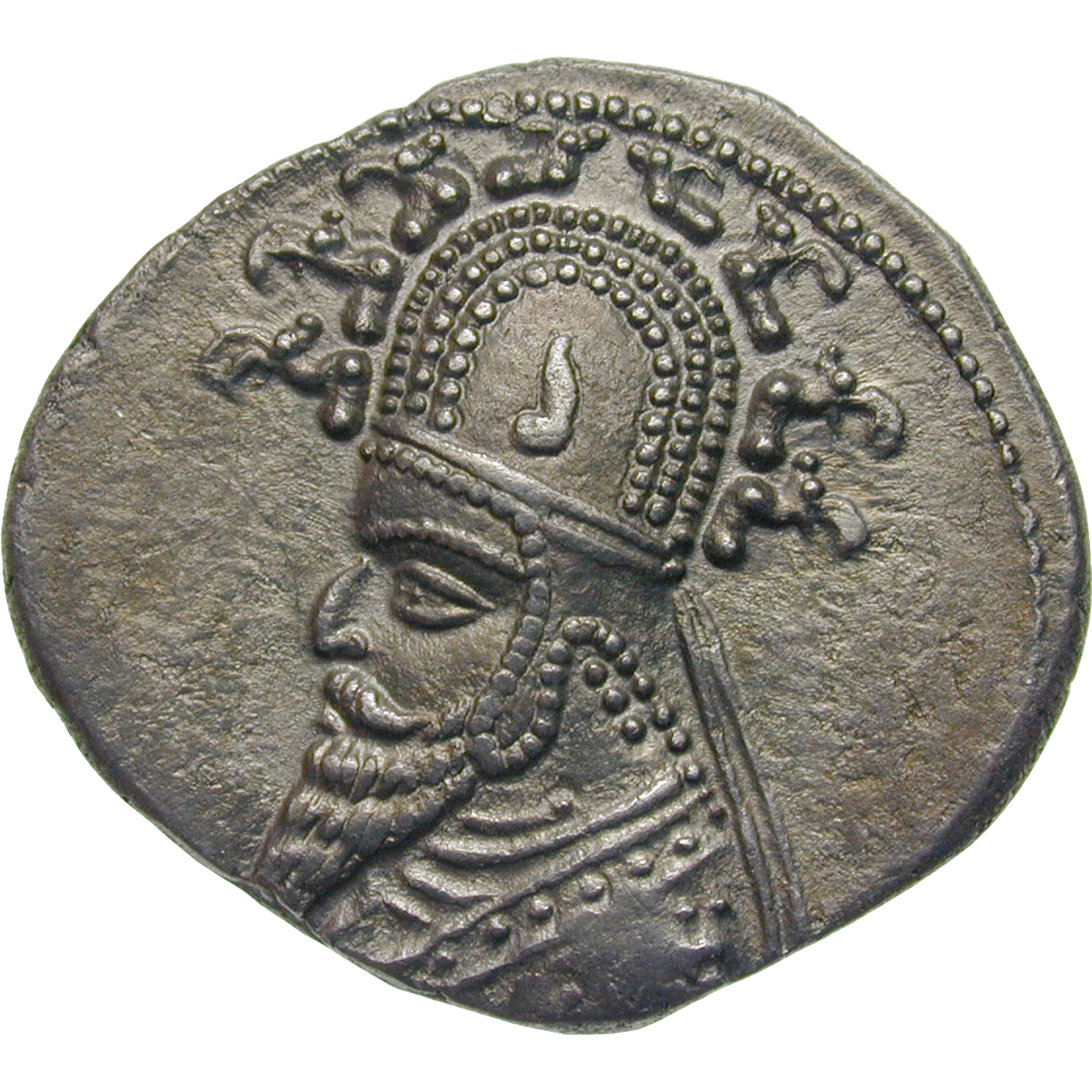 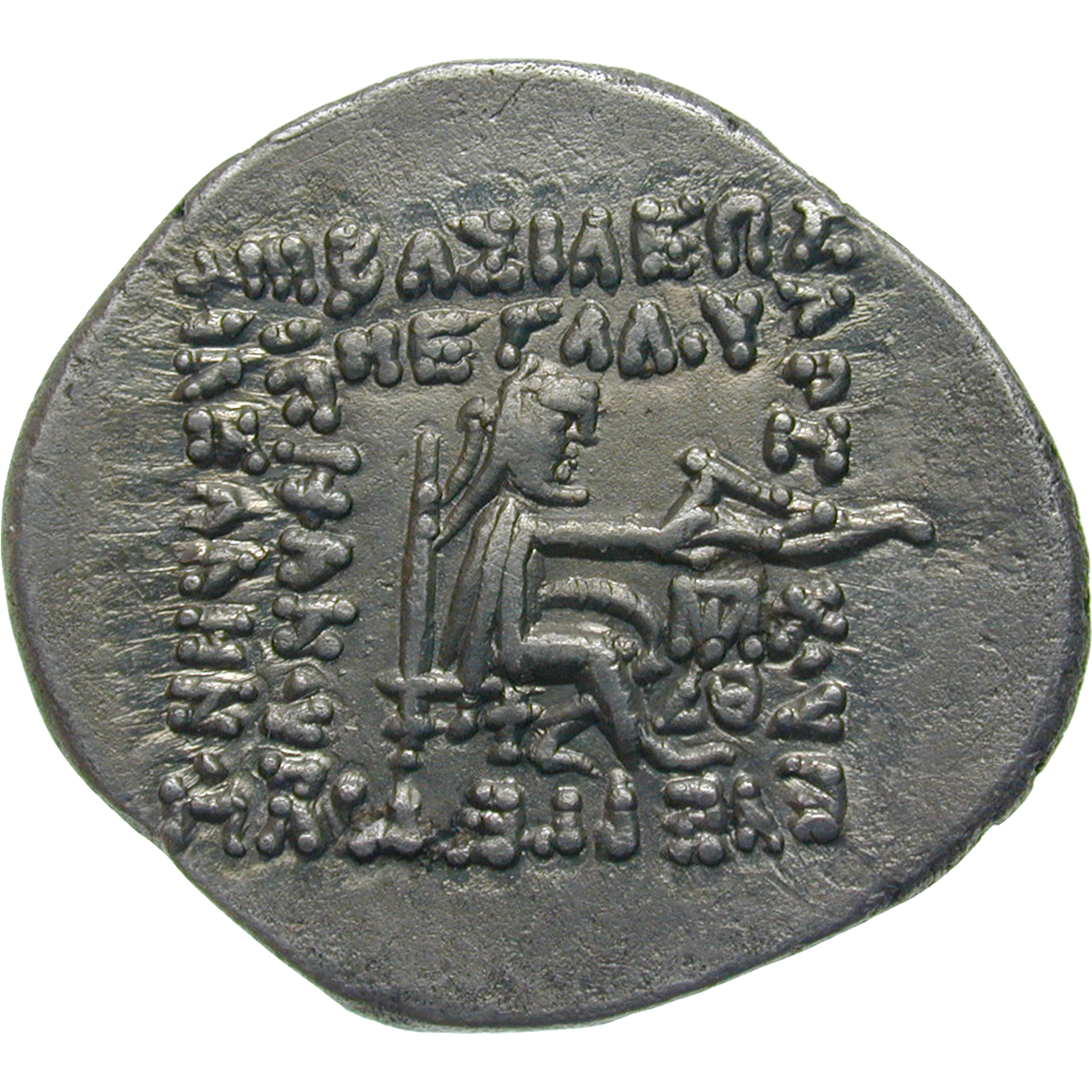 This coin originates from Nisa in todays Turkmenistan. The ancient city is said to have been the first capital of the Parthians. It was later renamed Mithradatkirt ("fortress of Mithradates") by Mithridates I (reigned c. 171-138 BC). As from the 3rd century BC, the Parthians built an empire, which eventually comprised the whole of todays Iran as well as large parts of Mesopotamia and Central Asia. This drachm shows, like most Parthian silver coins, the image of the bearded ruler on the obverse. The reverse always showed the king on a throne with a bow within a quadratic inscription.