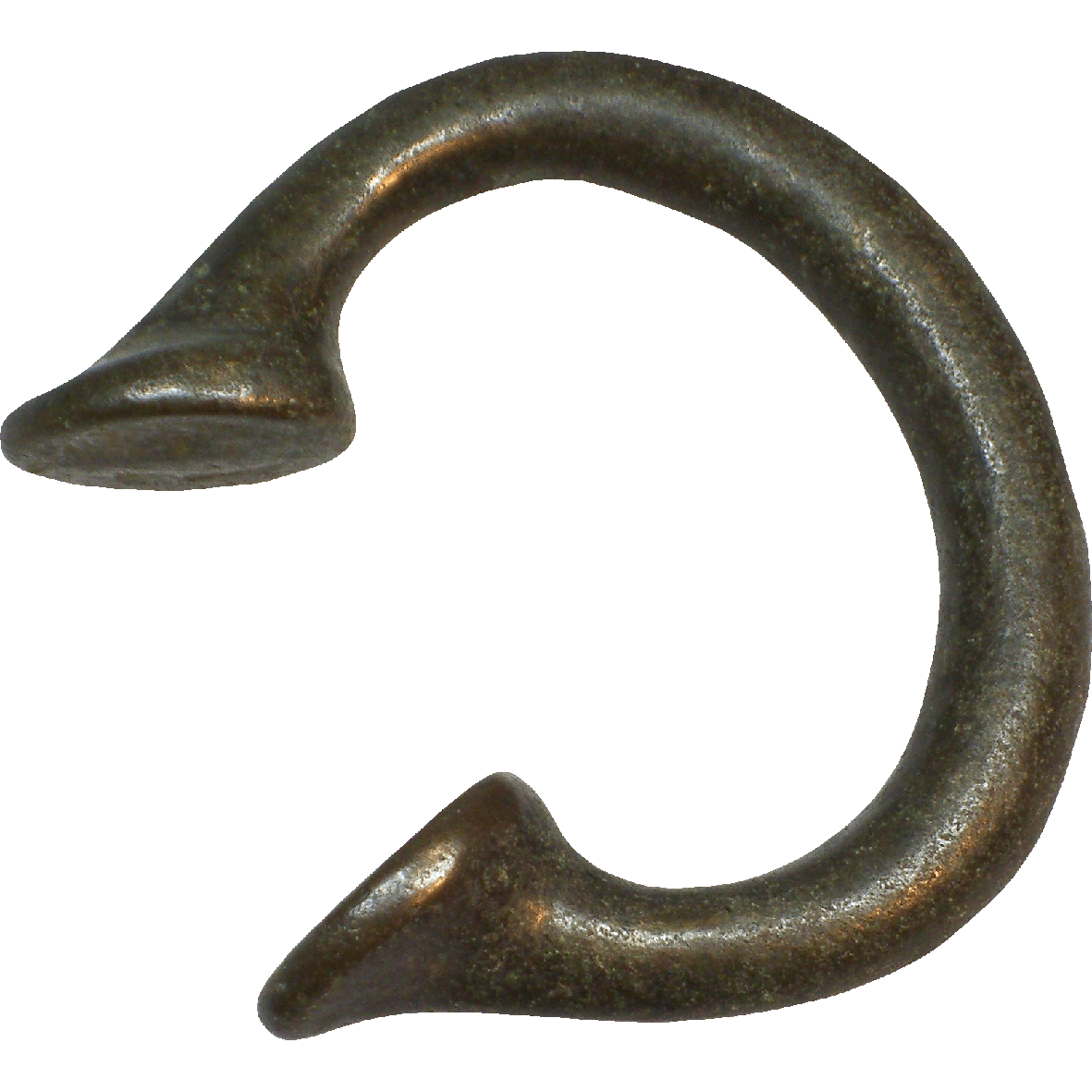 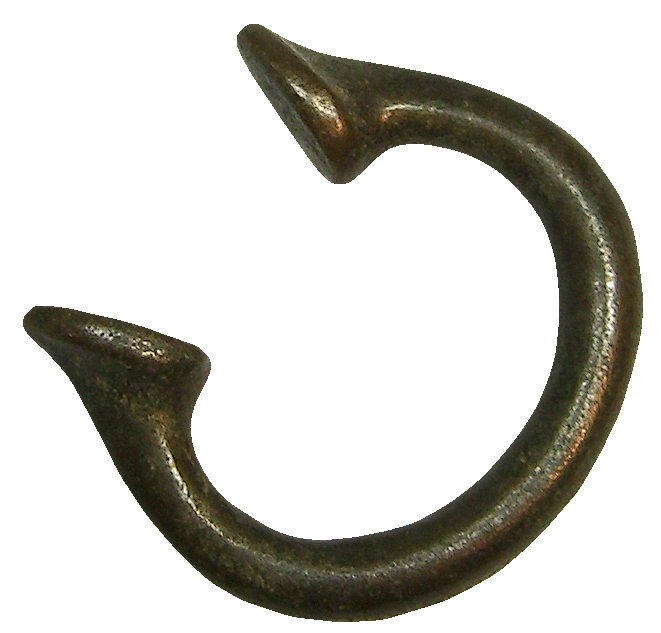 Manillas are regarded as the classic African traditional currency. However, it has still not been established whether these metal rings were used as a currency at all in Africa before the arrival of the Portuguese. At any rate, the word "manilla" is European and probably derived from the Portuguese "măo" (hand) and "anilho" (ring). From 1500 until the 20th century, manillas circulated as currency along the Guinea coast. They served mainly to pay for living creatures: especially as bride price, but also for acquiring cattle and slaves.