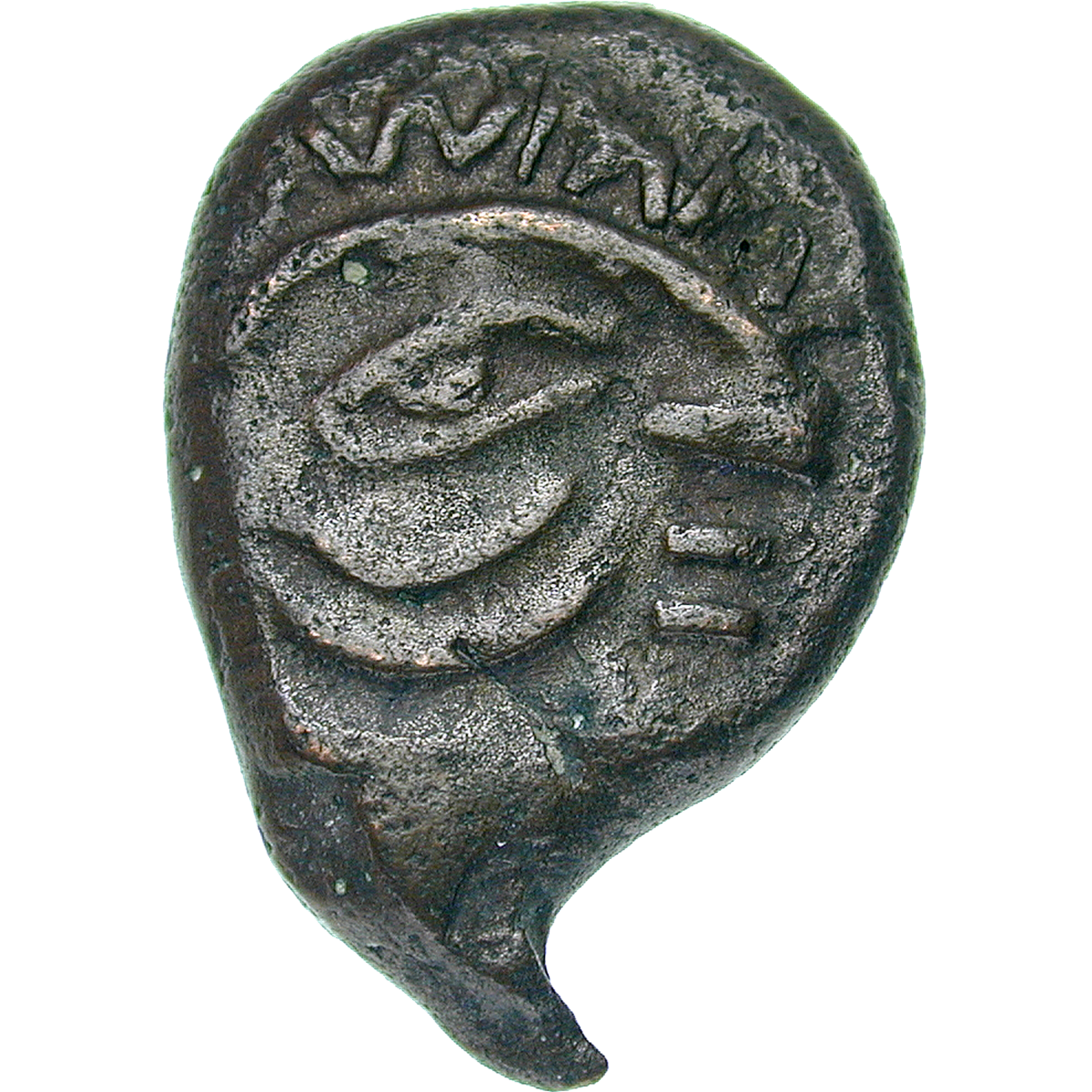 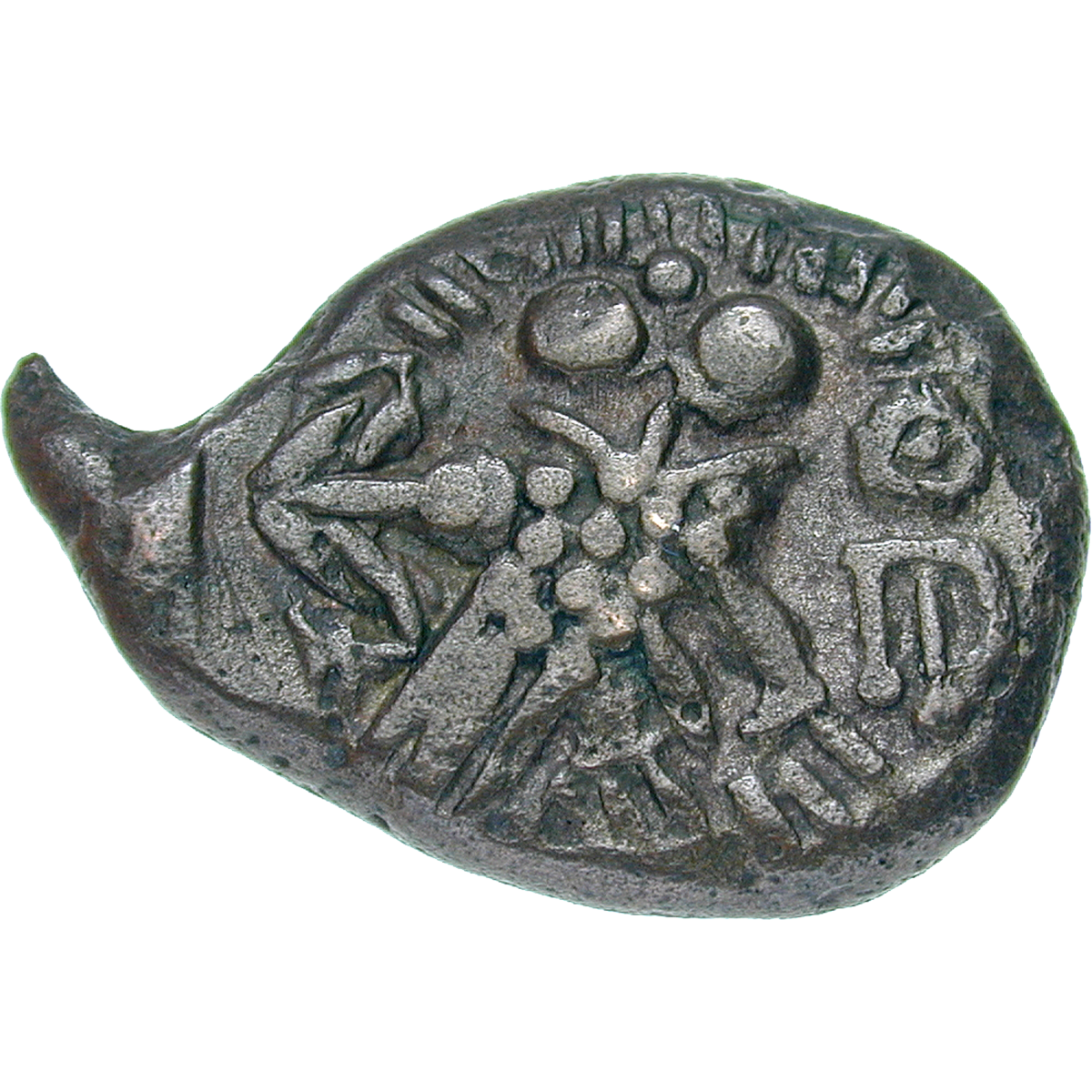 During the 6th century BC, the whole then-known world paid with "owls," as the money of Athens was commonly called. And in the 4th century BC, the time of minting of this tetradrachm, Attic coins were the epitome of money par excellence. According to their popularity, they were copied extensively. This coin from the Kingdom of Sheba is such a copy of an Athenian tetradrachm, although in a very abstracted form. The letters over the head of Athena are illegible – obviously the diesinker did not exactly know what he was copying. The reverse depicts the Attic owl, along with an inscription of which at least two letters are readable: OE it says in Greek letters, meaning AOE for Athens.