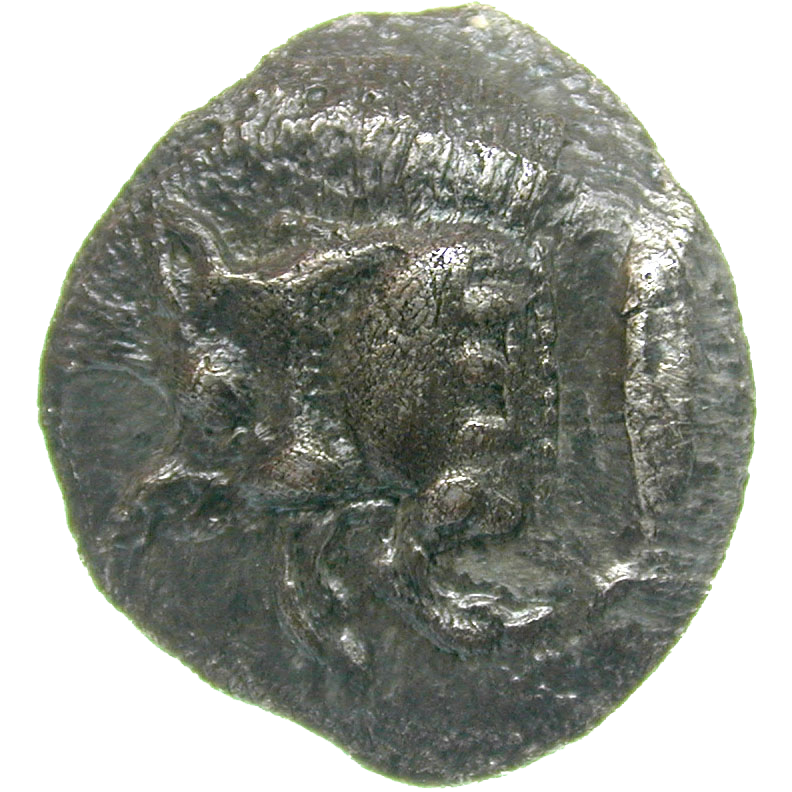 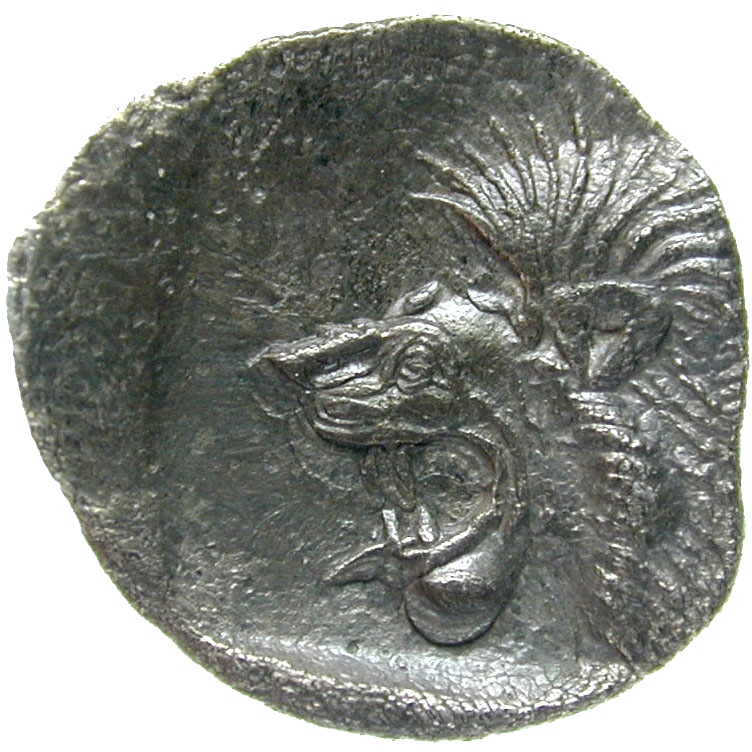 Cyzicus was an antique city on the southern coast of the Sea of Marmara, in the region of Mysia. It controlled trade with the rich agricultural lands of the Crimean and beyond, its coins played an important role in ancient international trade. In the Black Sea region, they were the major currency.

As an important trade center, Cyzicus minted its own coins beginning with the second half of the 6th century BC. The coins motifs changed annually, but always depicted a thuna fish, the city's emblem. On this obol it can be detected on the obverse, behind the head of the boar.