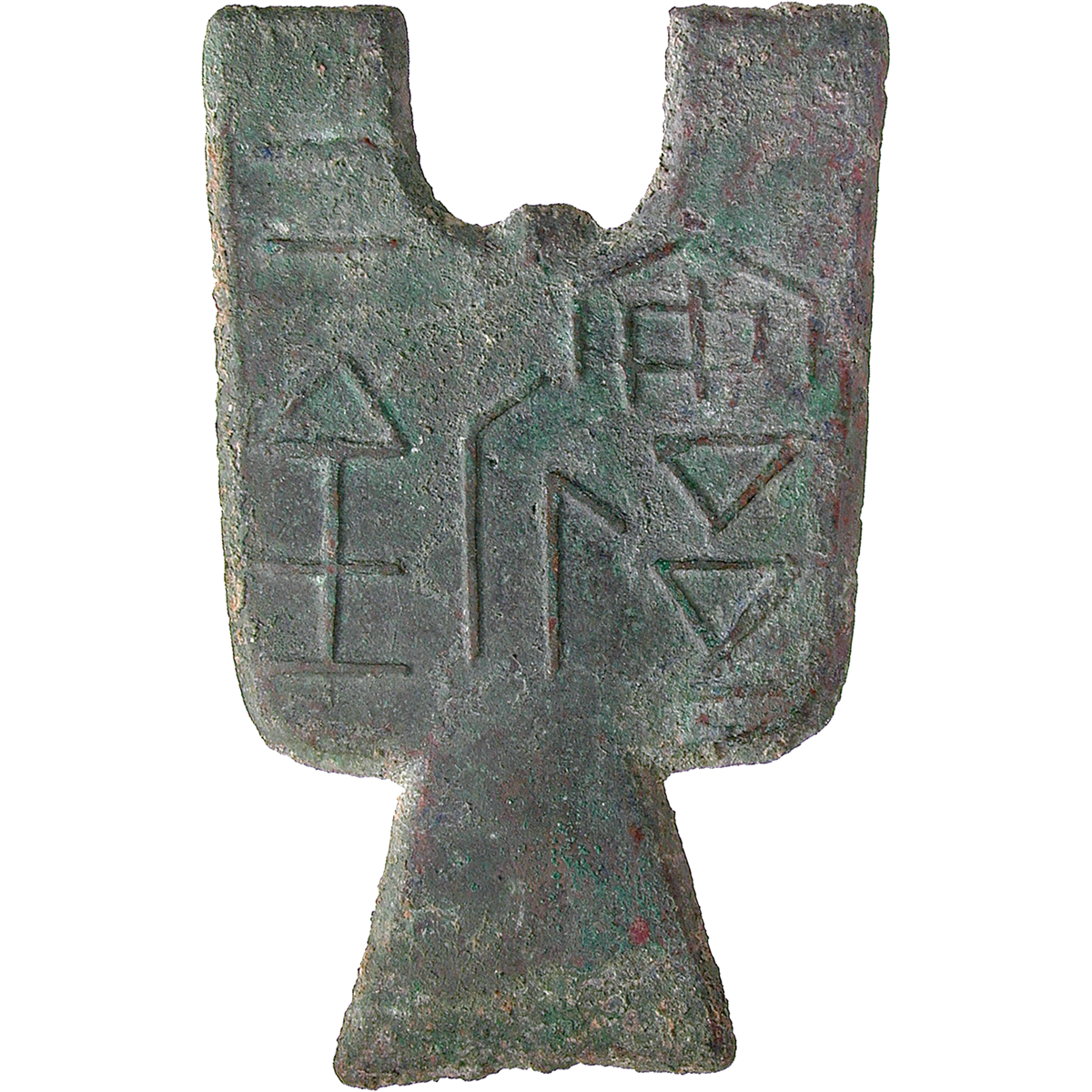 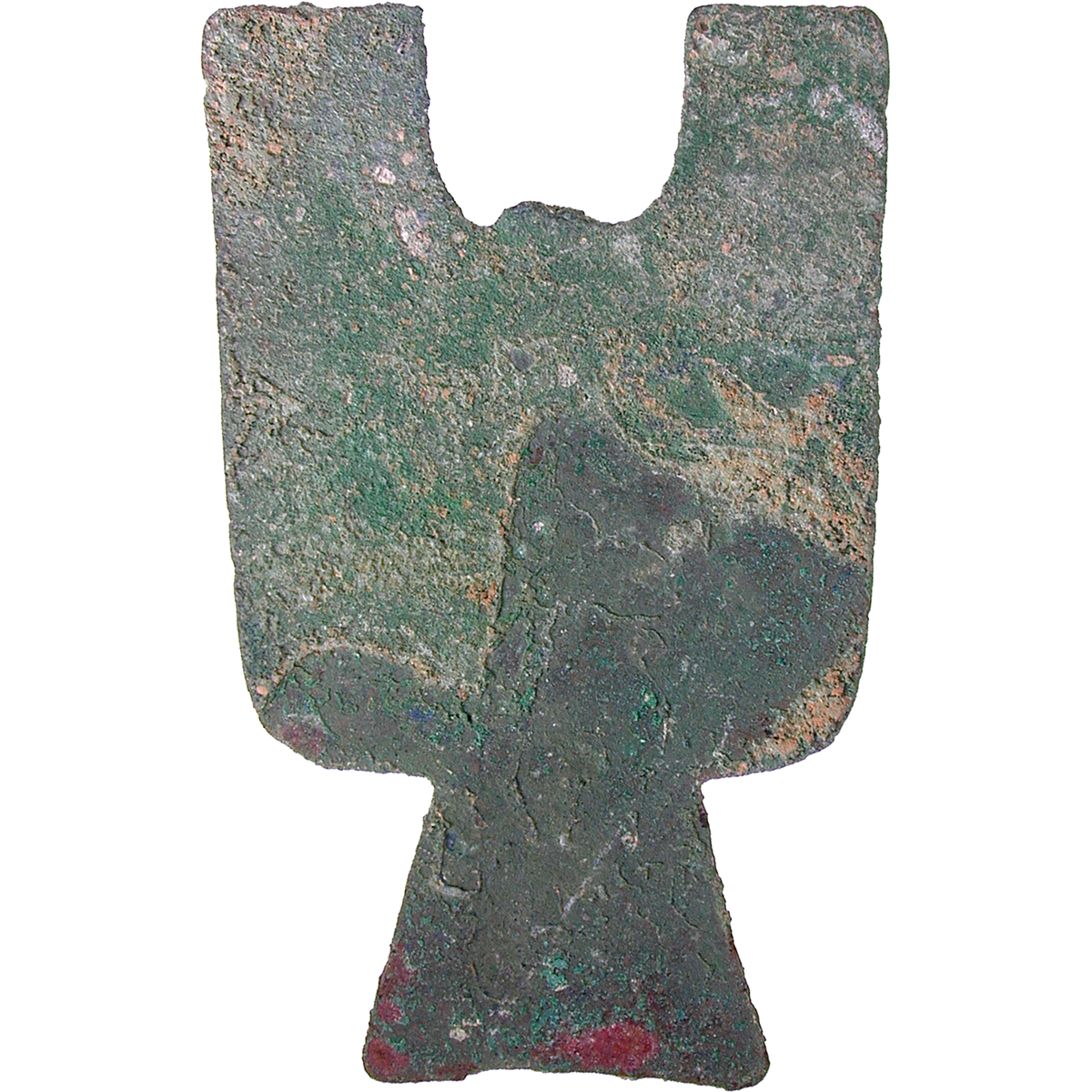 Tools were common barter objects for valuable goods in Ancient China. Hence, when the Chinese rulers started to create their own coins, they took as models the instruments most frequently used in their realms. In the counties of Han, Zhao and Wei the spade fork "lei" was thus taken as form for their spade fork coins. Fork spade coins circulated for about 220 years. They were issued in three weights, which made them very convenient for every day trade. The indication of the value and the mint name is evidence for the supra-regional use of the jinbu fork spade coins.