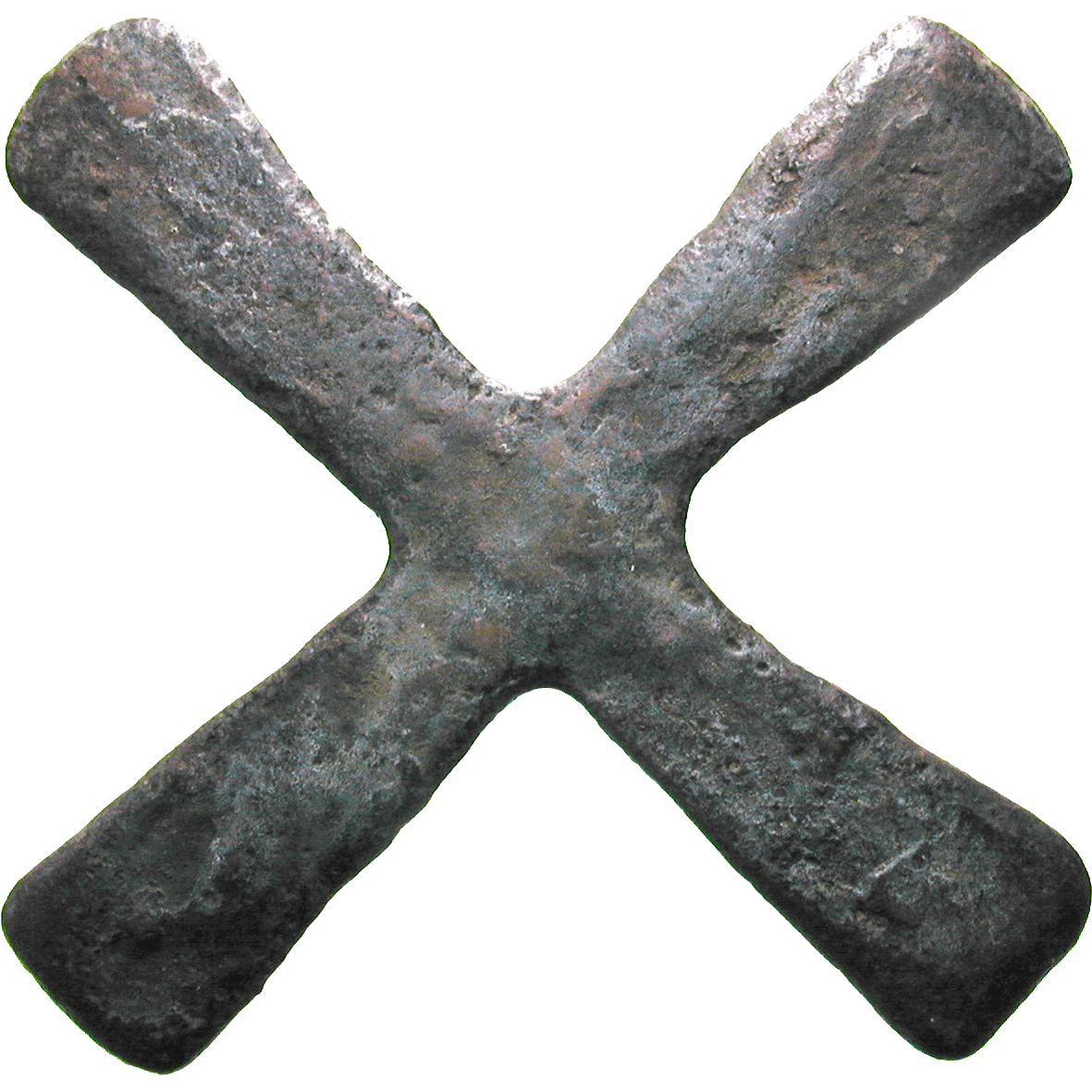 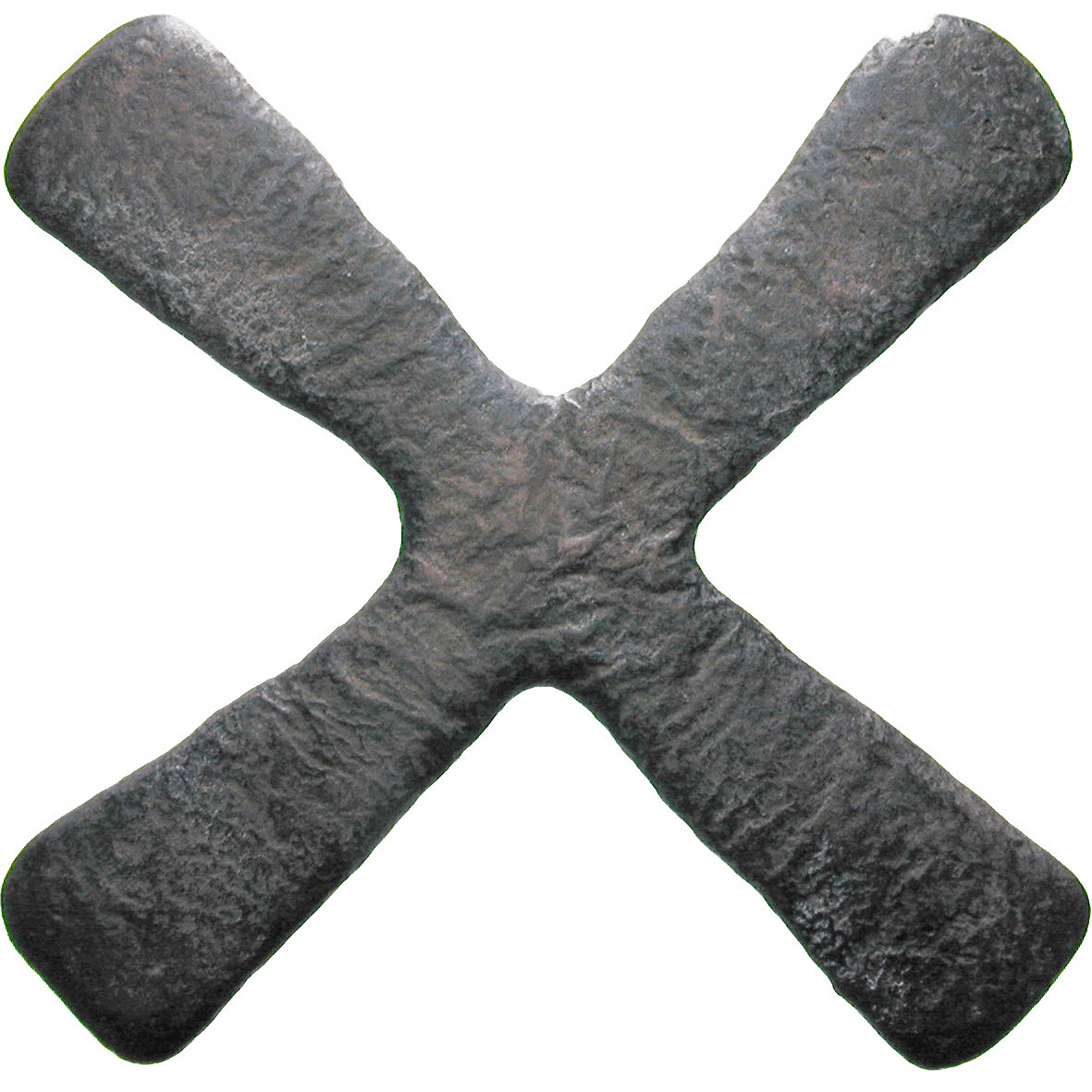 Among the best-known African forms of currency were the so-called Katanga crosses. They were cast copper bars in the shape of a cross or an H, which were produced as a means of payment in the copper-rich areas of southern Congo (formerly Katanga) and in central parts of Zambia (formerly Northern Rhodesia). The area in which they circulated was considerably larger, and their value increased in proportion to the distance from their place of production – an elephant's tusk cost hundred large Katanga crosses among the Ndembu tribe of Zambia, but only five crosses among the Kuba tribe, who lived further away.