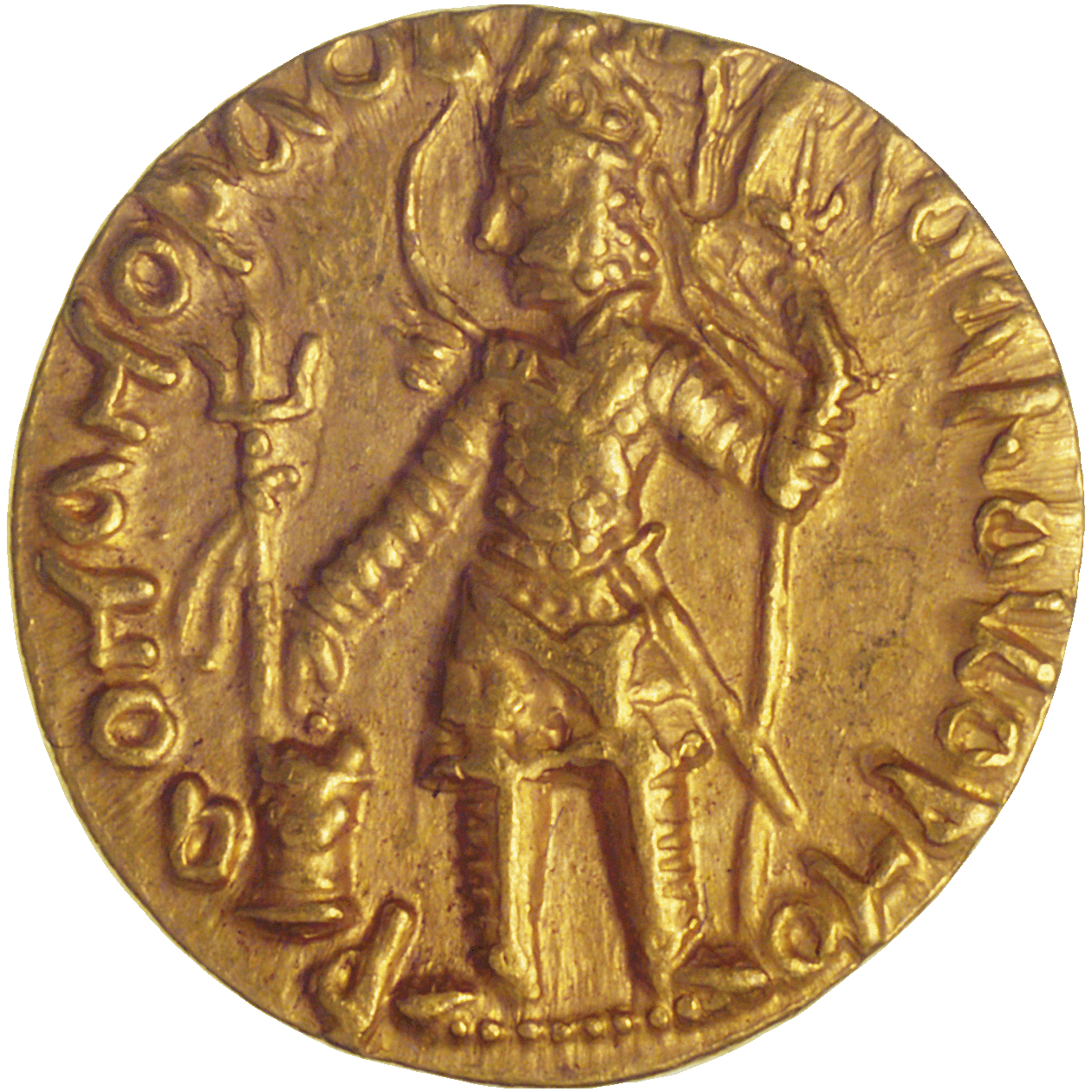 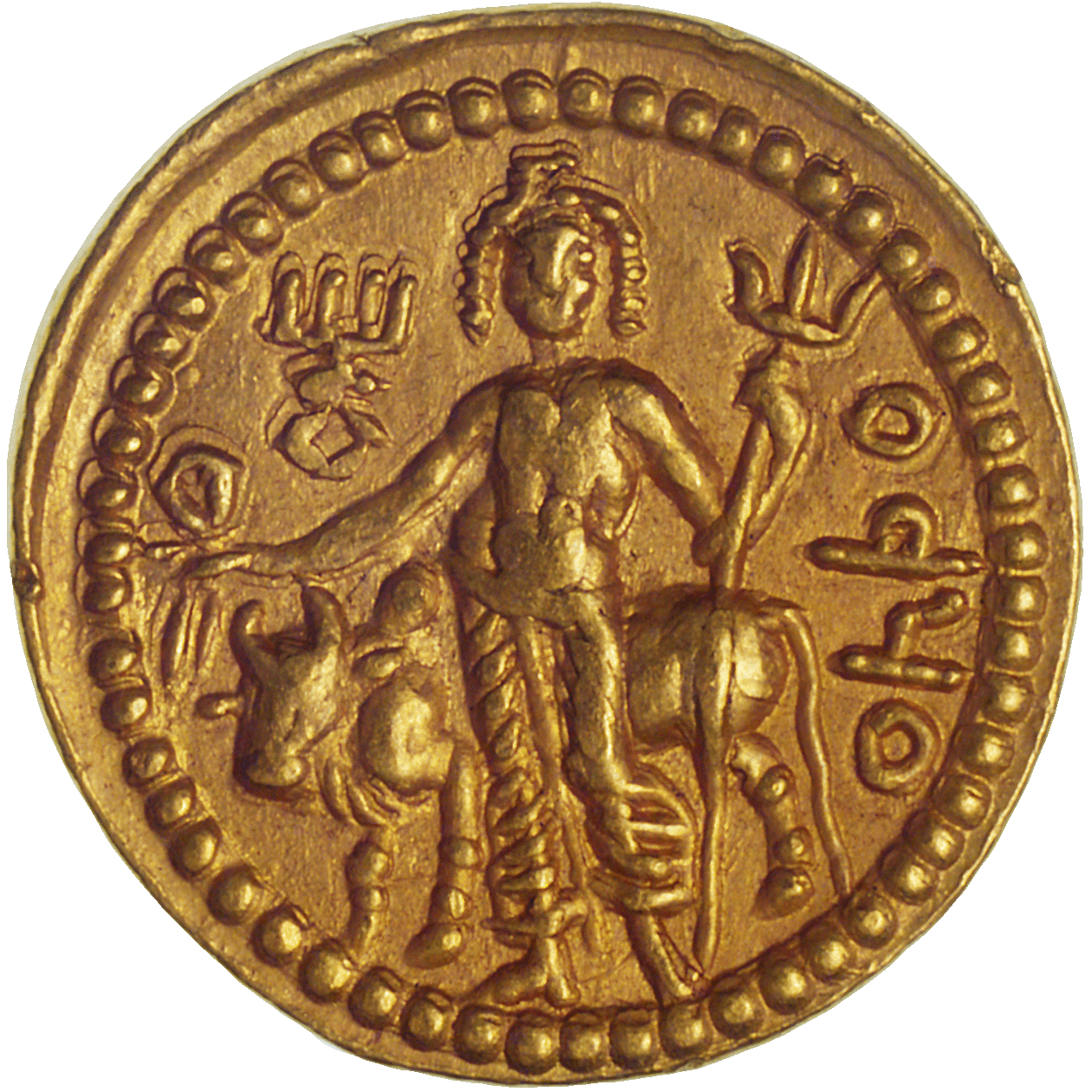 The Kushan Empire – a huge land in the region of modern Russia, Afghanistan, Pakistan and Northwestern India – was a typical land of transit. It owed its wealth and economic boom to diverse routes of trade: Overland the different routes of the Silk Road led through Kushan, and on the water the empire controlled the sea route to East Asia. Where there is trade, there is money. The Kushan issued gold coins themselves. The obverse of this stater depicts King Vasudeva (ca 192-225) making a sacrifice. The reverse shows the god Wesho together with his mount, the bull Nandi. Weshno, who corresponds to the Indian god Shiva, has three faces – two are human, and one is beastlike and horned. The legend on the coin is held in an east Iranian language, but written with Greek letters.