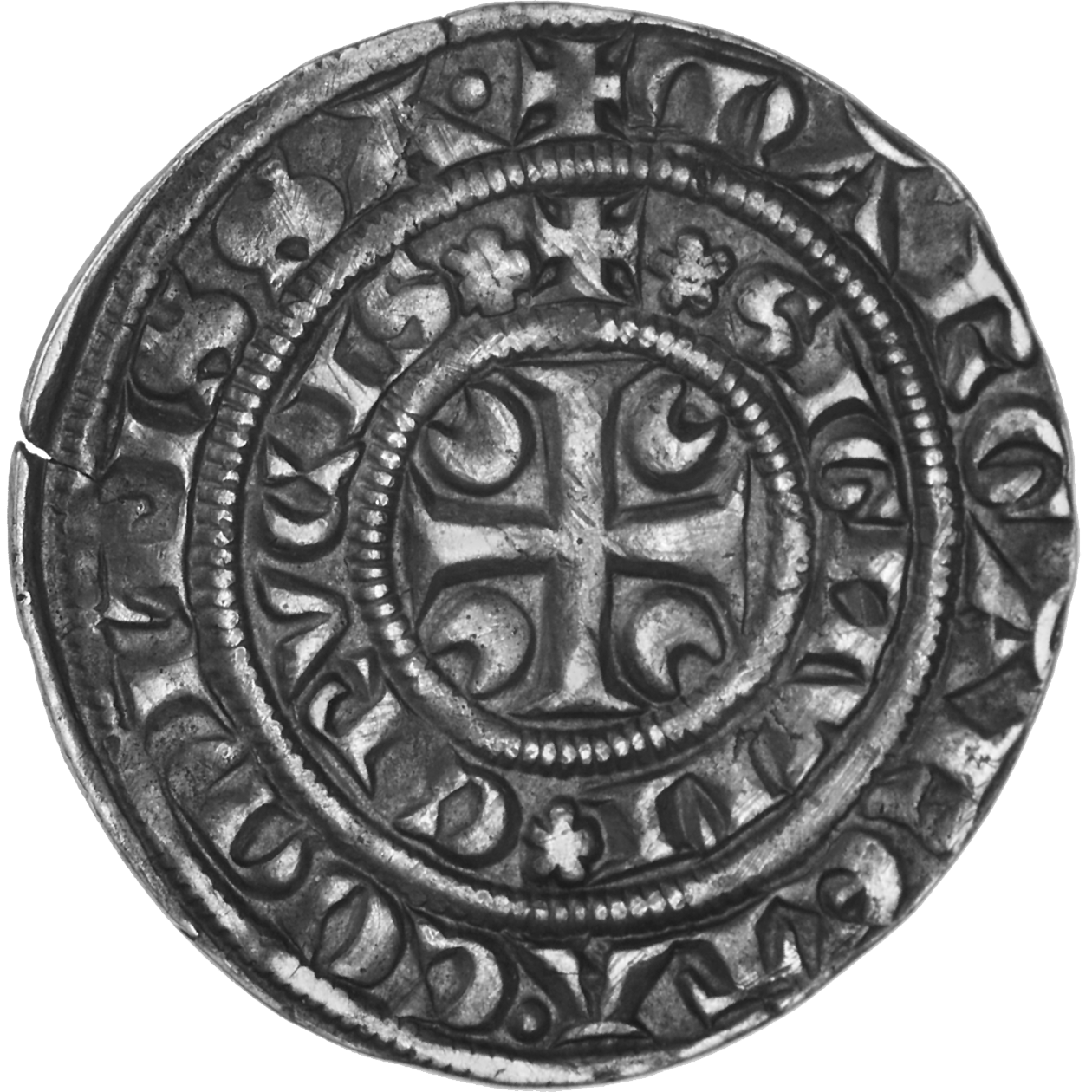 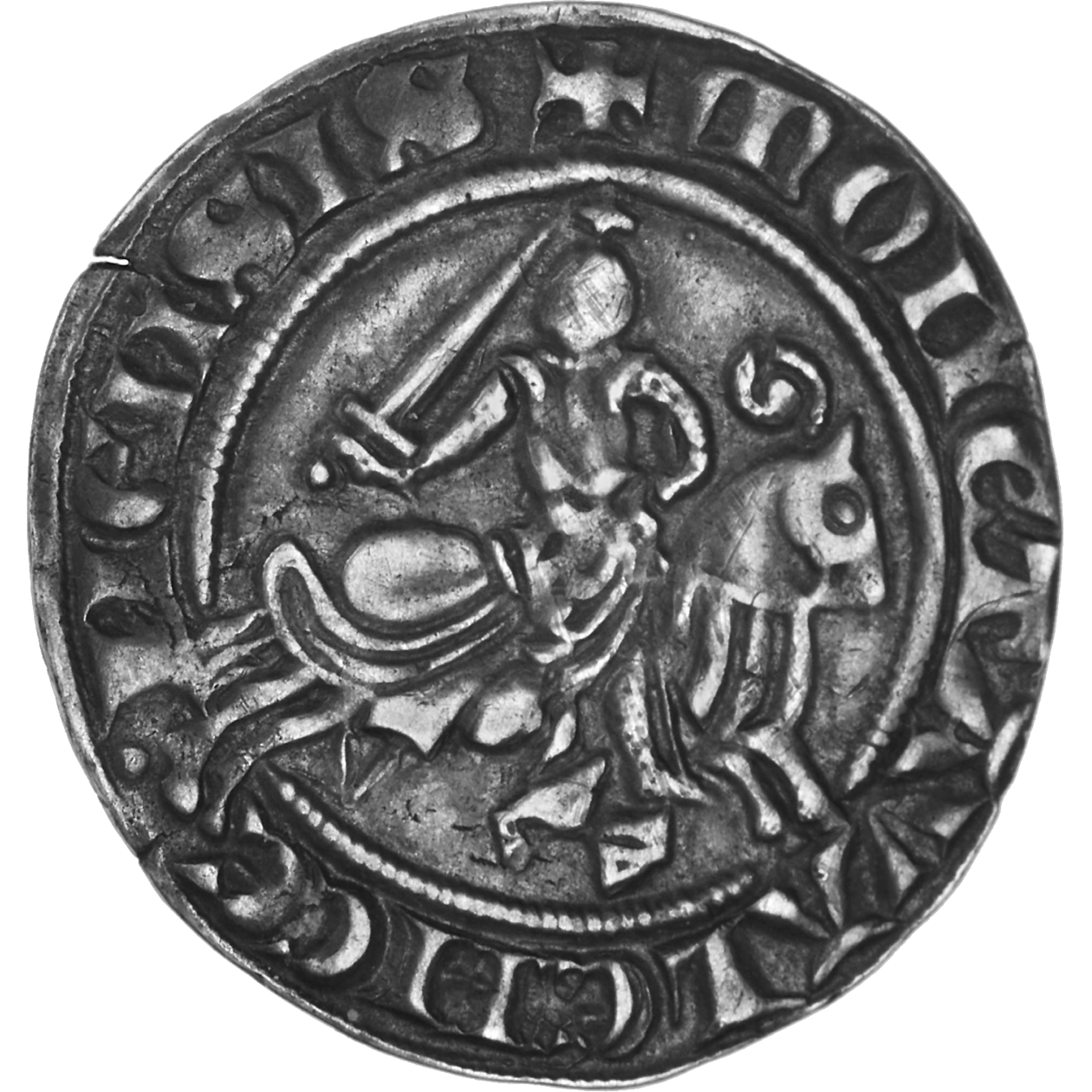 Marguerite of Constantinople, countess of Flanders and Hainaut (1244-1280), was one of the most far-sighted heads of her time. As early as around 1270, she recognized the importance of internationally accepted money for trade. That year, she ordered her mints to issue imitations of the "gros Tournois," the heavy silver coin that King Louis IX of France had first issued in 1266. Marguerite made no attempt to conceal the "foreign" origin of her coins – she retained the original portrait on the reverse of the gros tournois, but on the obverse, instead of the original castle, she placed an armored rider.