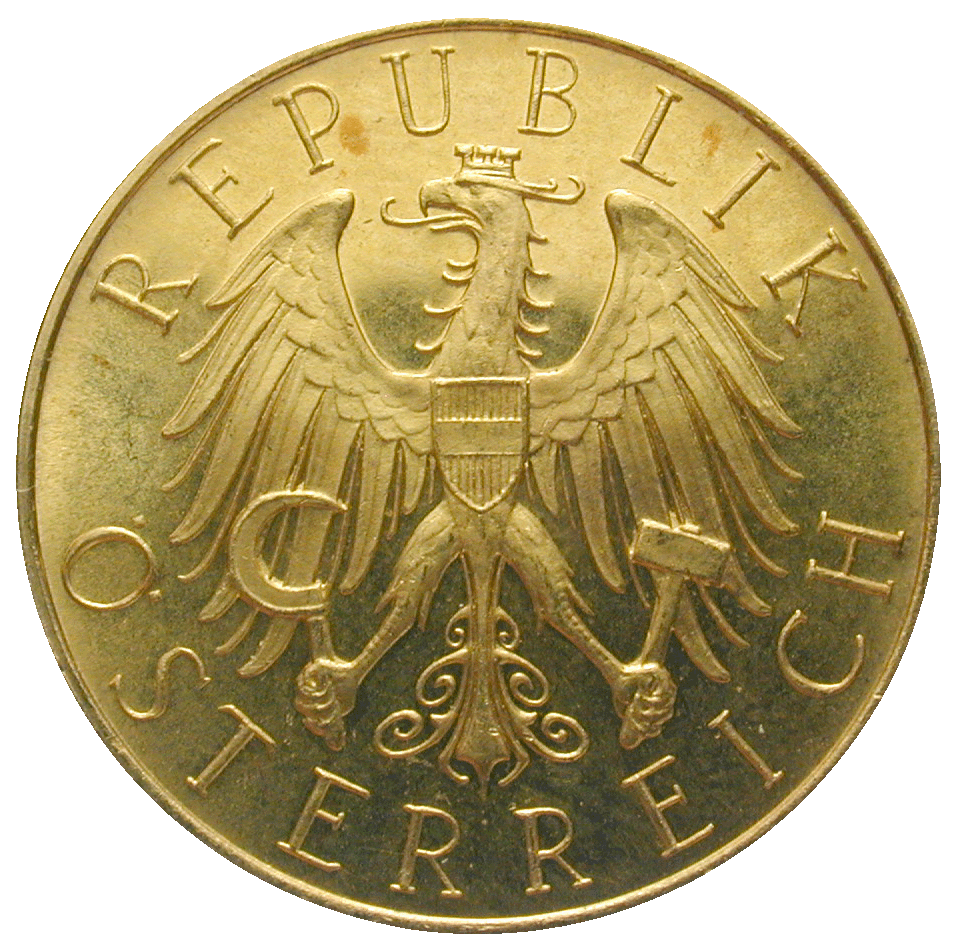 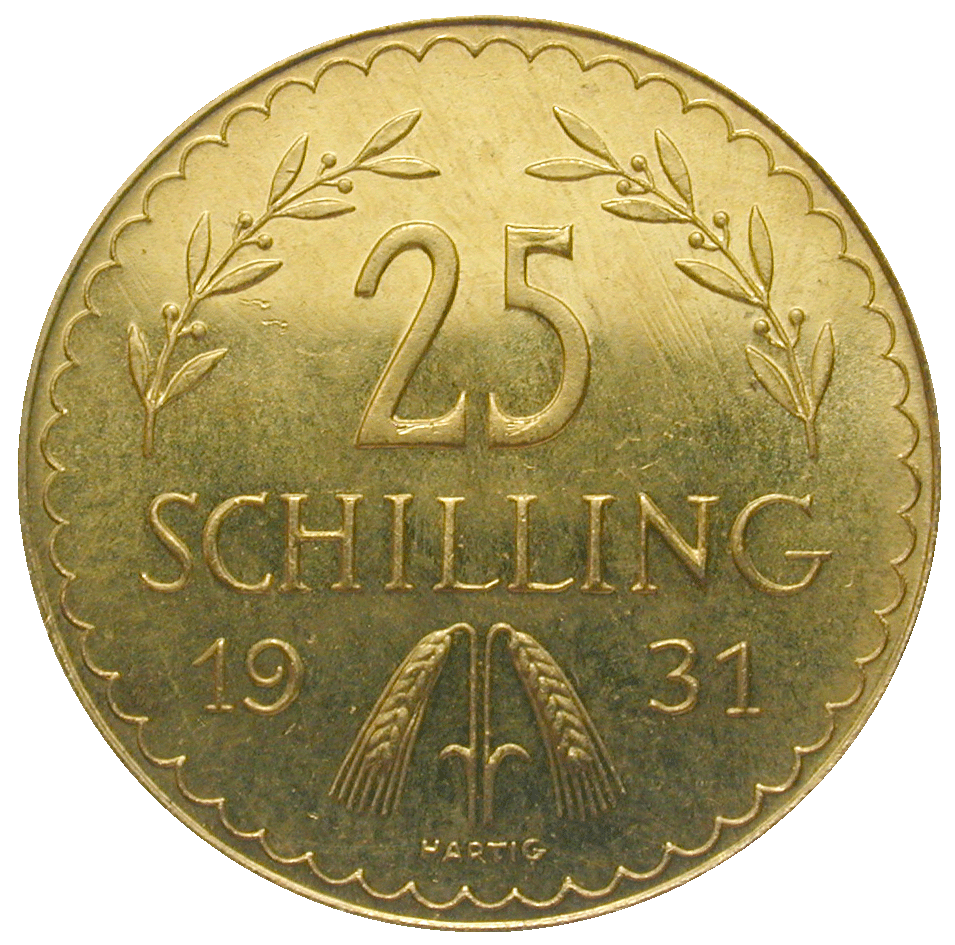 The First World War (1914-1918) was a deep cut in the history of Austria. The former heart of the Hapsburg Empire, and the powerful half of the Dual Monarchy of Austria-Hungary, collapsed in the course of the war. In 1918, Hungary declared its independence; Emperor Charles I resigned from all official duties, and the First Republic of Austria (until 1938) was declared. On 1 January 1925, the schilling was introduced in Austria as legal tender. It was based on the gold standard and, after the war, intended to be a symbol of consolidation. However, the Austrian government tried to maintain the continuity of the currency by issuing well-known denominations. Gold coins were given out with face values of 25 and 100 schillings – denominations that had been popular in the old kronen currency already. The new golden schilling coins even looked like the old gold kronen, with the same double-headed eagle on the obverse and the denomination between two laurel branches on the reverse.