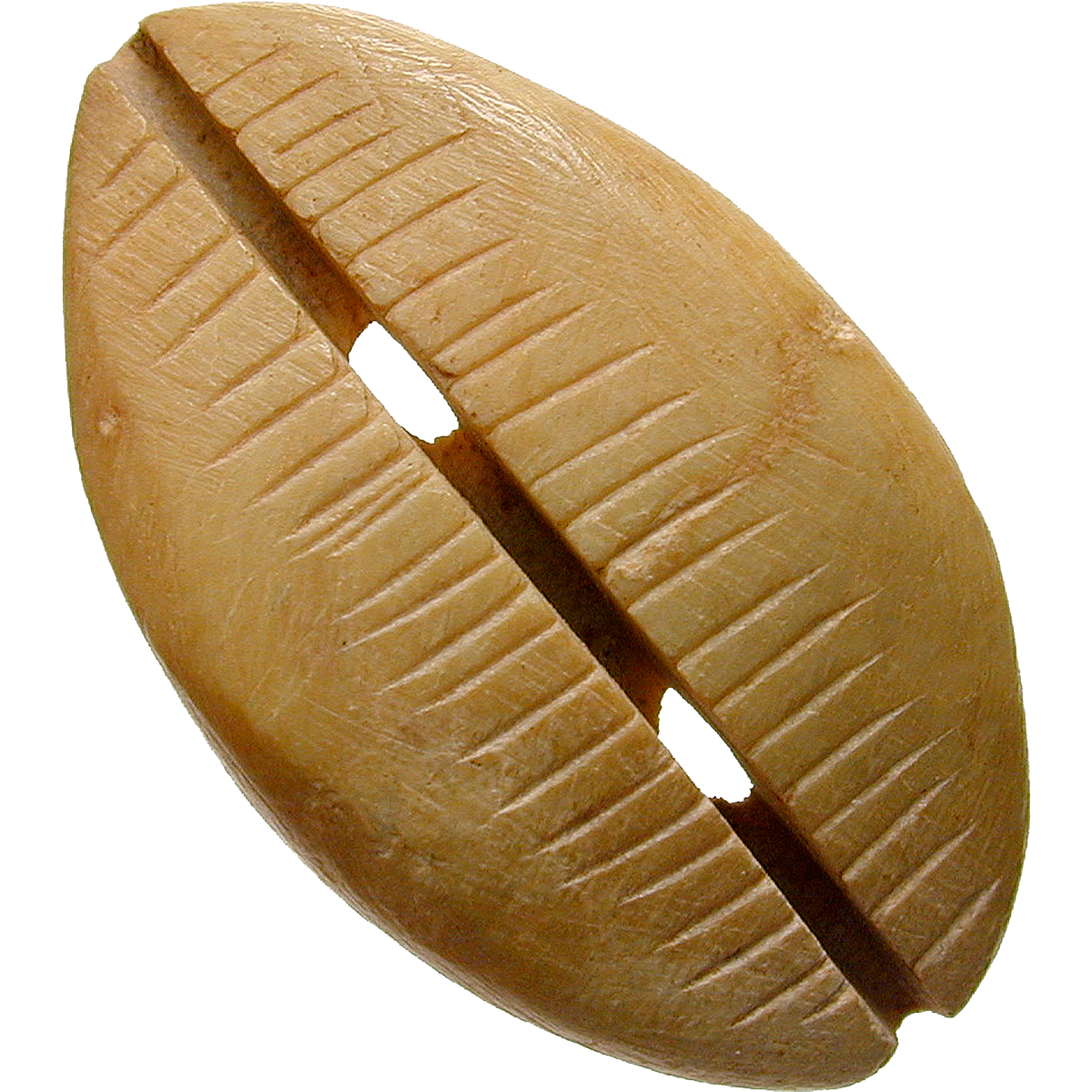 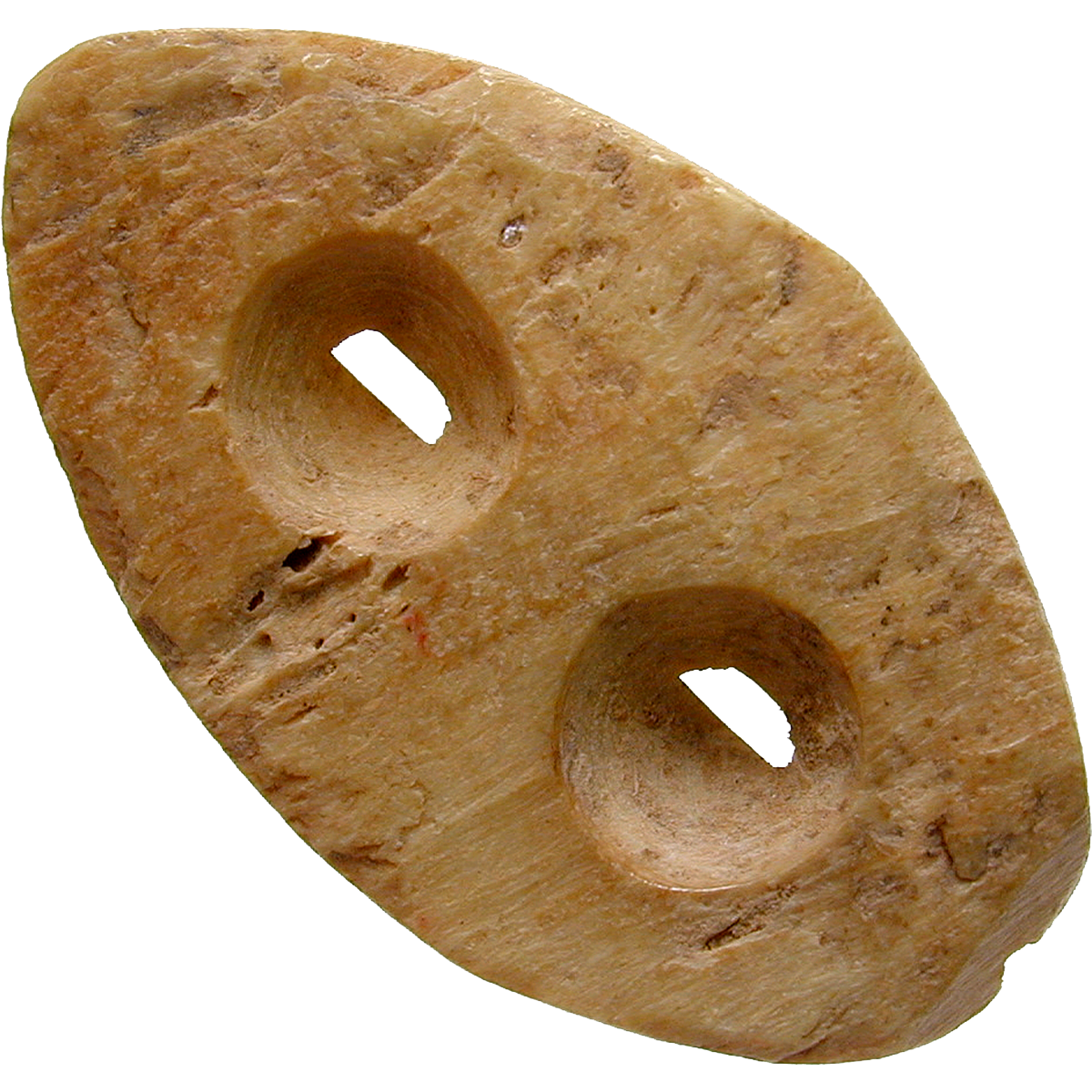 As everywhere at the dawn of culture, barter was used in China in prehistorical times. Soon periodical markets were held, especially along the borders to neighboring realms. Through such markets the Chinese came for the first time in contact with cowrie shells. Since these cowries were popular embellishments, they soon became standards of value – the first "coins." To satisfy the demands of trade and everyday use, large numbers of cowries were needed. And the supply was in constant danger: unpaid taxes and the chaos of war could easily lead to shortages. Hence from about 1350 BC, people began to imitate cowries from clay, bronze, or, like the piece shown here, from bone. Our bone-cowrie dates from the 7th century BC.