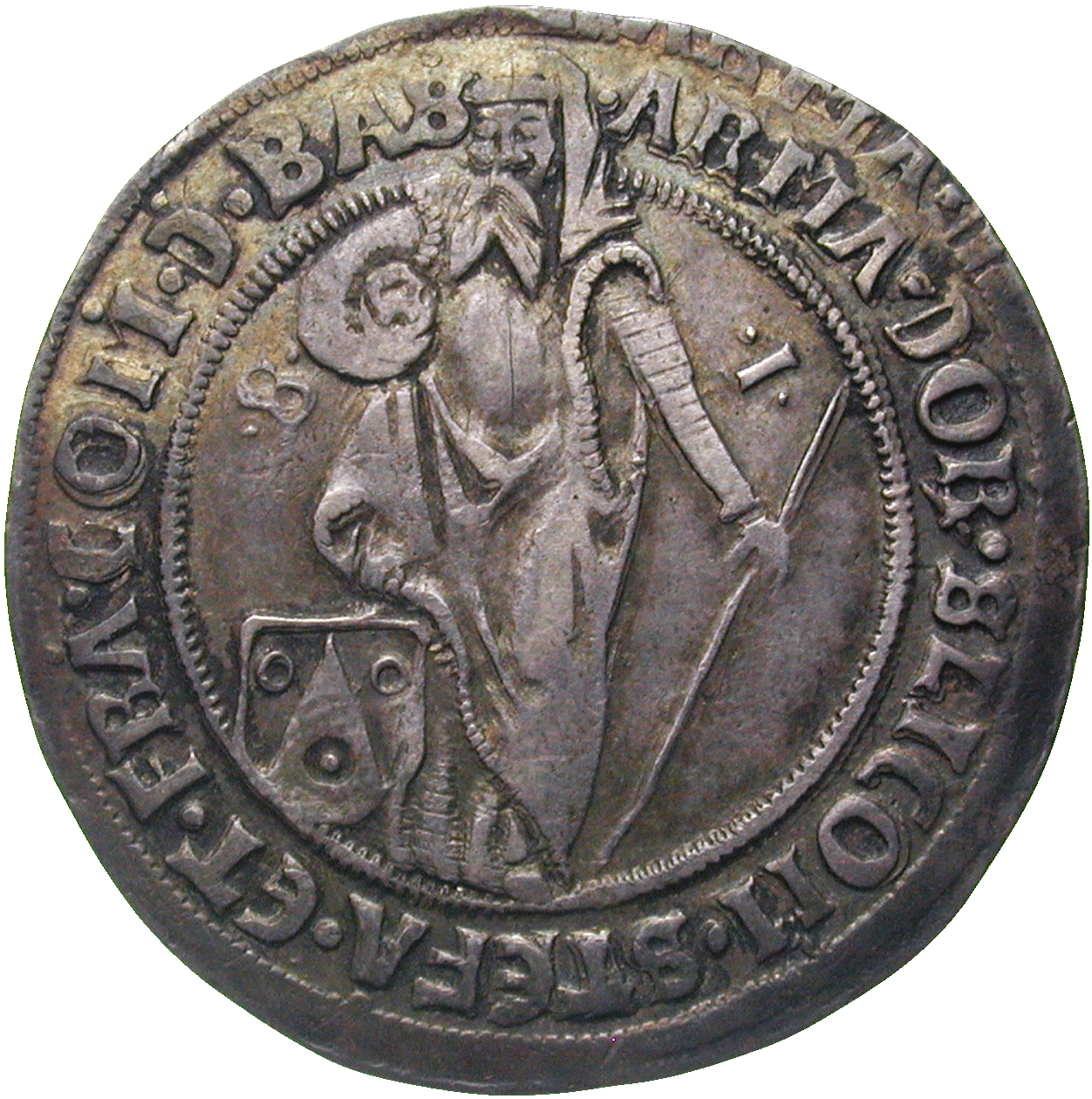 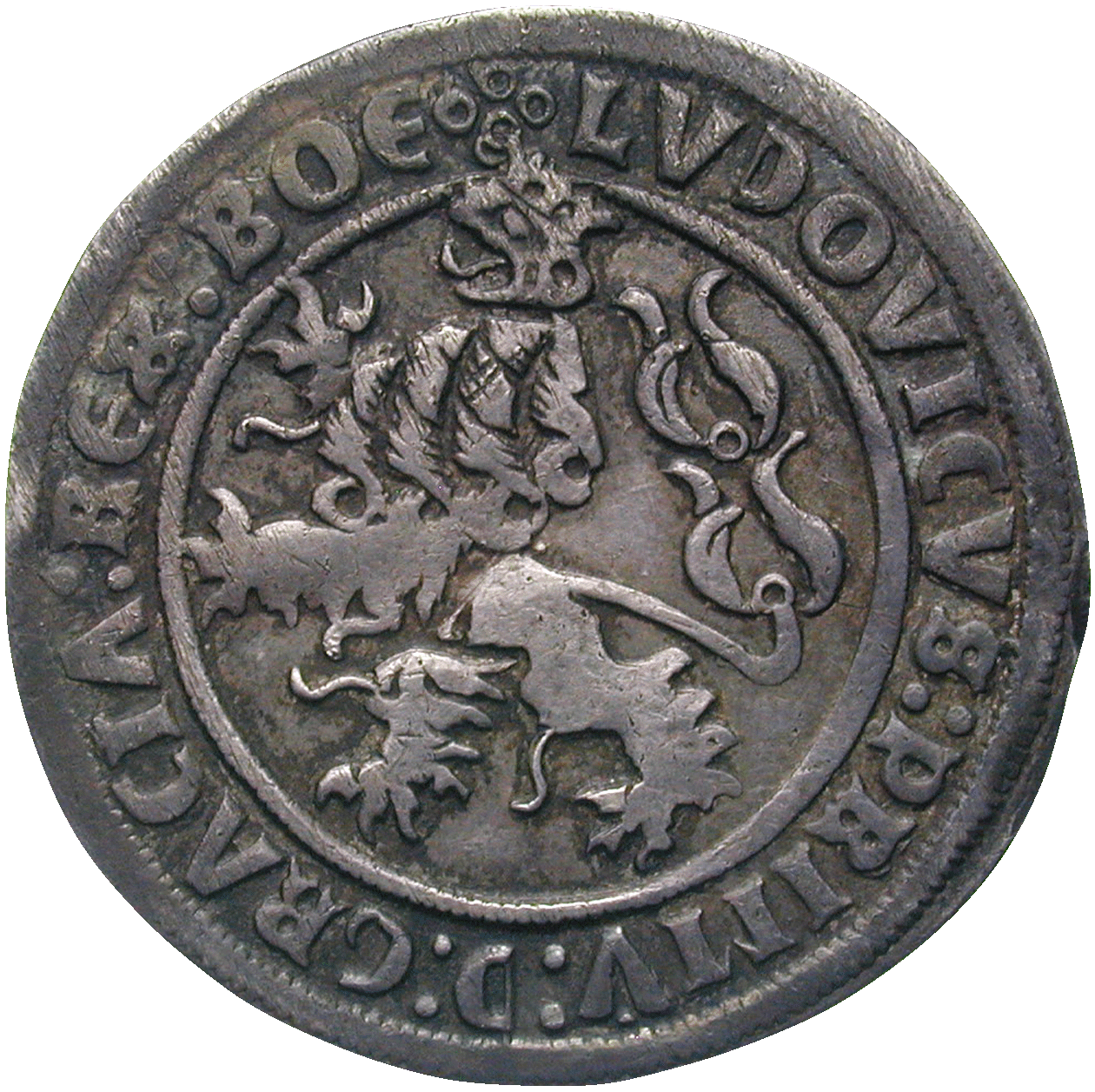 The second half of the 15th century saw, thanks to technical innovations, a great increase in the production of silver. The new glut of silver suggested itself to be used for coinage. After all there was never enough gold in Europe to satisfy the demand for the goldguldens used for wholesale trade. Hence toward the end of the 15th century, the taler was developed. The new silver trade coins got their name from Joachimstal, a Bohemian mining town. The production of silver was so high there that enormous numbers of coins could be issued. They spread under the name of "Joachimstaler heavy groschens" or "taler groschens," and finally became world famous as "talers." This half taler dates from 1519 and thus belongs to the first coins that left the mint of Joachimstal. Its obverse depicts Saint Joachim, the patron of the town, together with the crest of the Counts of Schlick. The reverse shows the double-tailed lion of Bohemia.