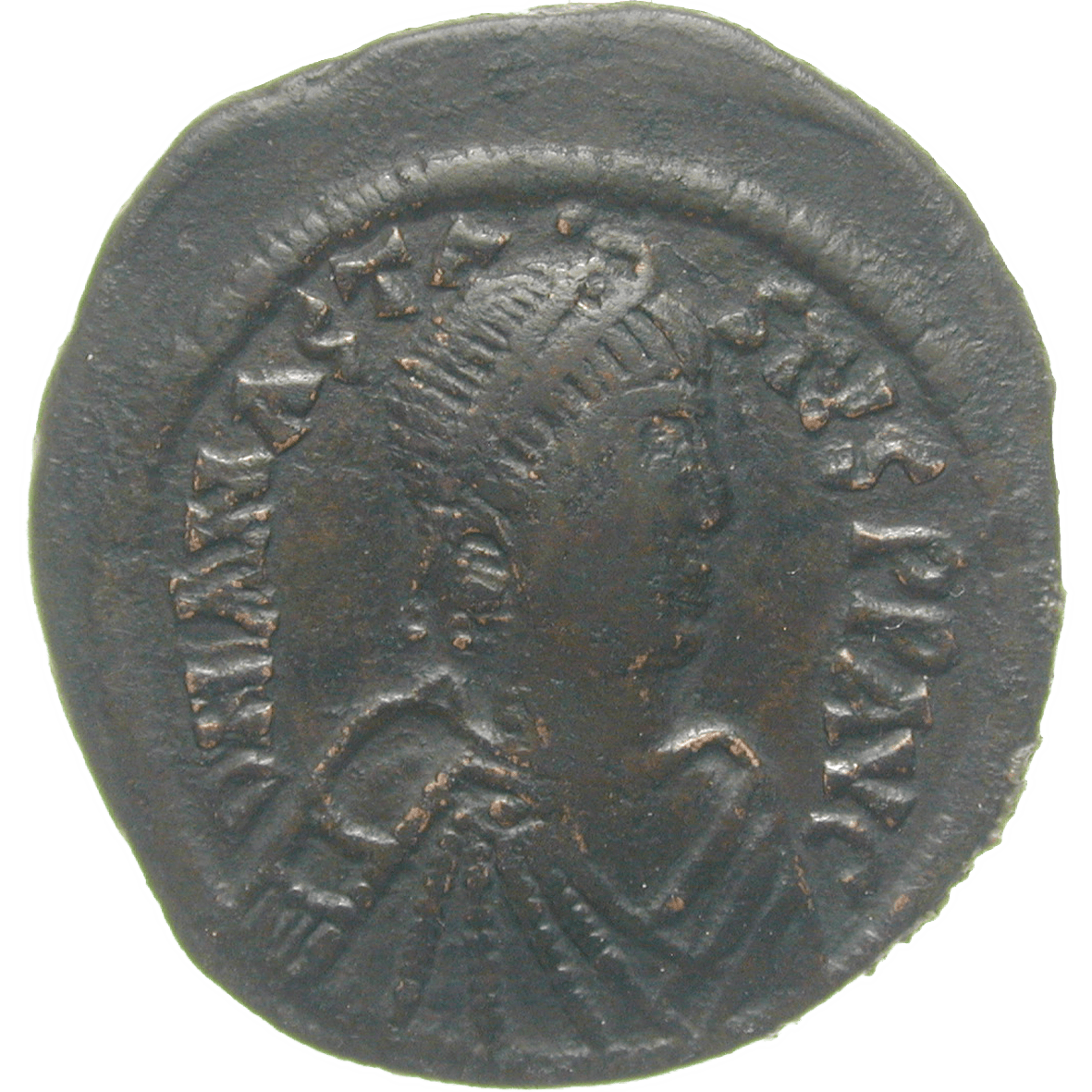 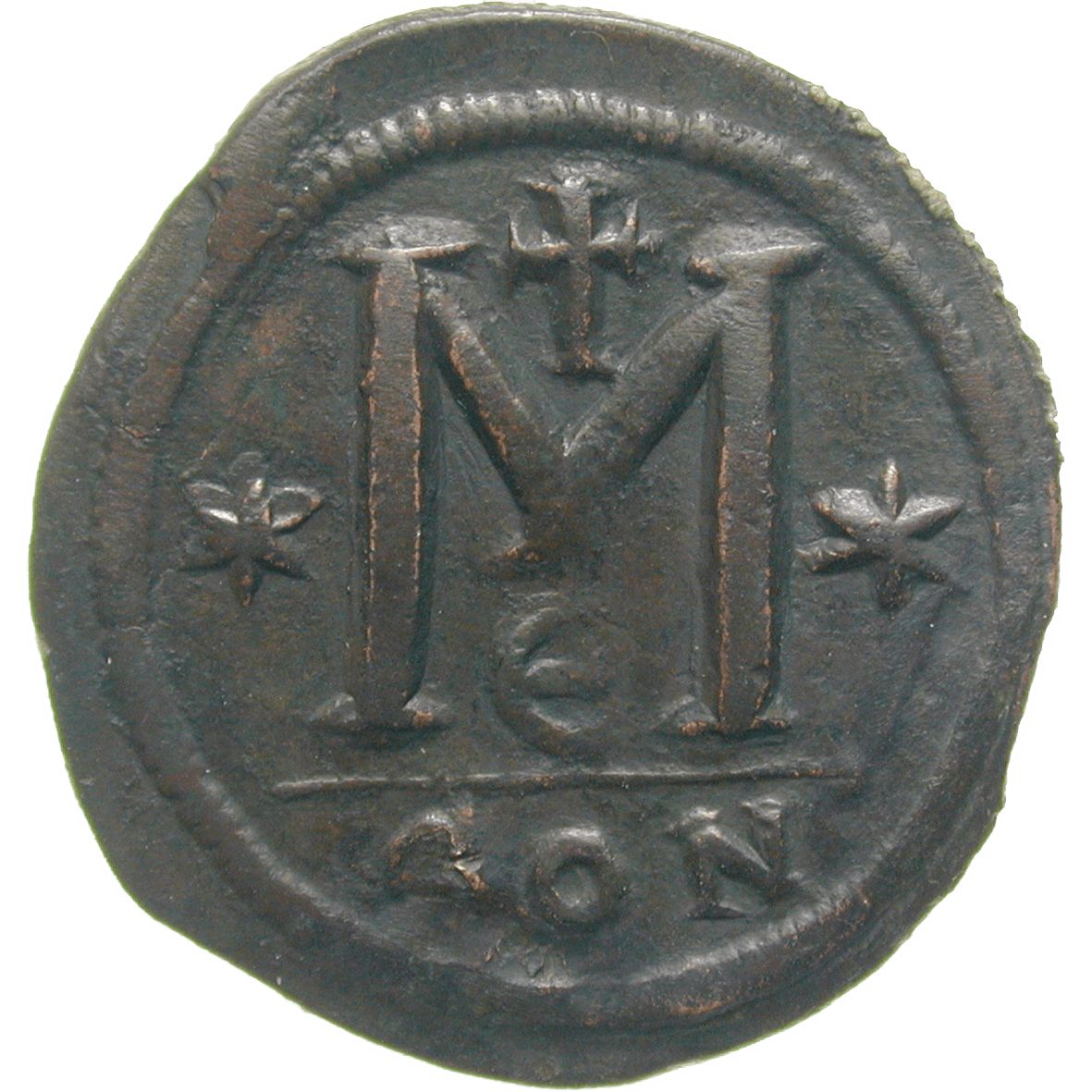 It is impossible to draw a straight line between the Roman and the Byzantine Empire: Eastern Rome blended seamlessly into Byzantium. Moreover, the Byzantine Empire asserted itself diplomatically as Eastern Rome as such for a long time. Regarding coinage, it was the monetary reform of Emperor Anastasius (491-518) at the end of the 5th century that started something significantly new. The reform affected primarily bronze coinage. Anastasius issued a series of folles that were geared to each other and bore indications of value. His aim was to facilitate the circulation of divisional money. This follis bears the image of Anastasius on the obverse. The reverse features a large M. It stands for forty nummi, the coin's value thus. It was the largest denomination of the bronze series. The smaller units were coins worth twenty nummi (K), ten nummi (I) and five nummi (E).