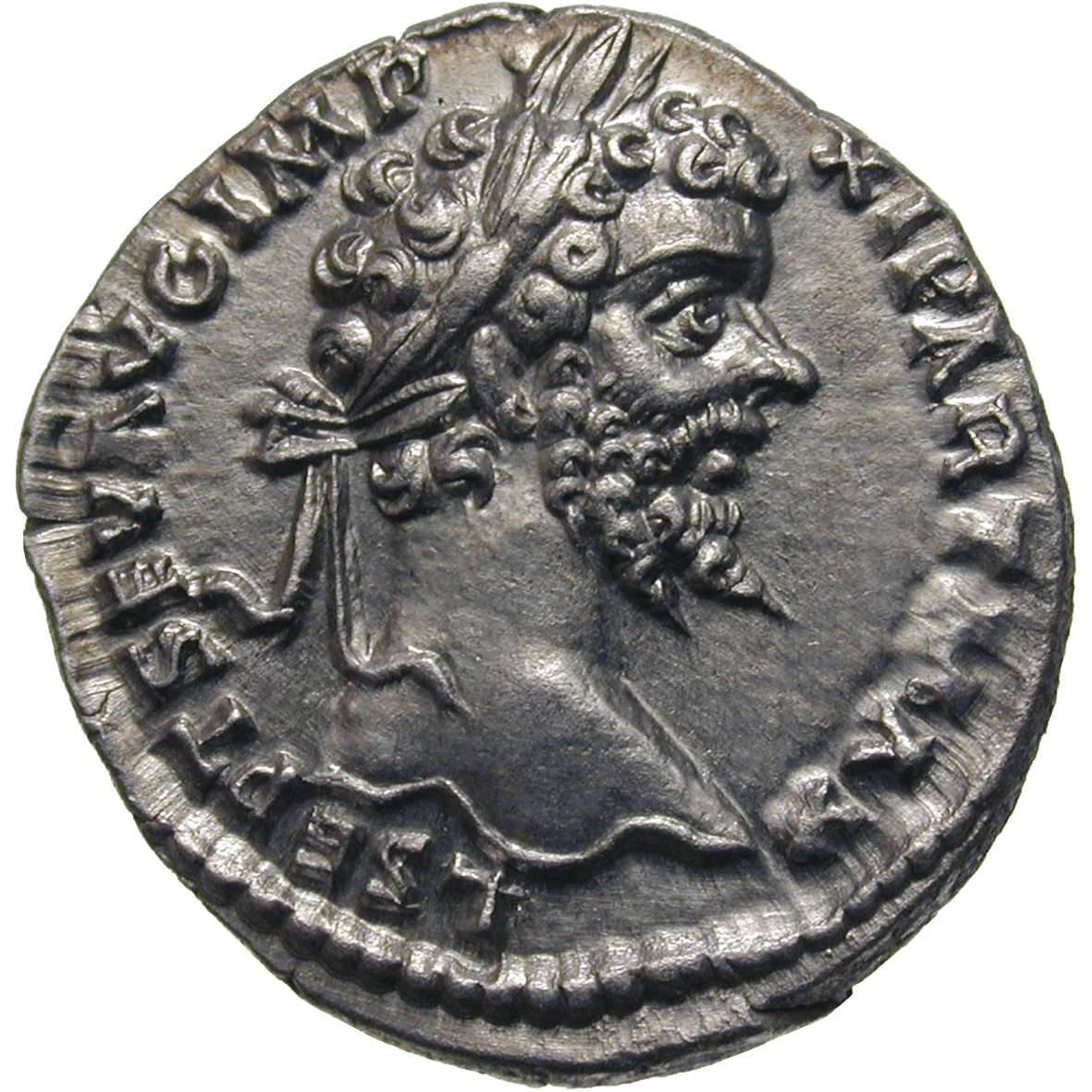 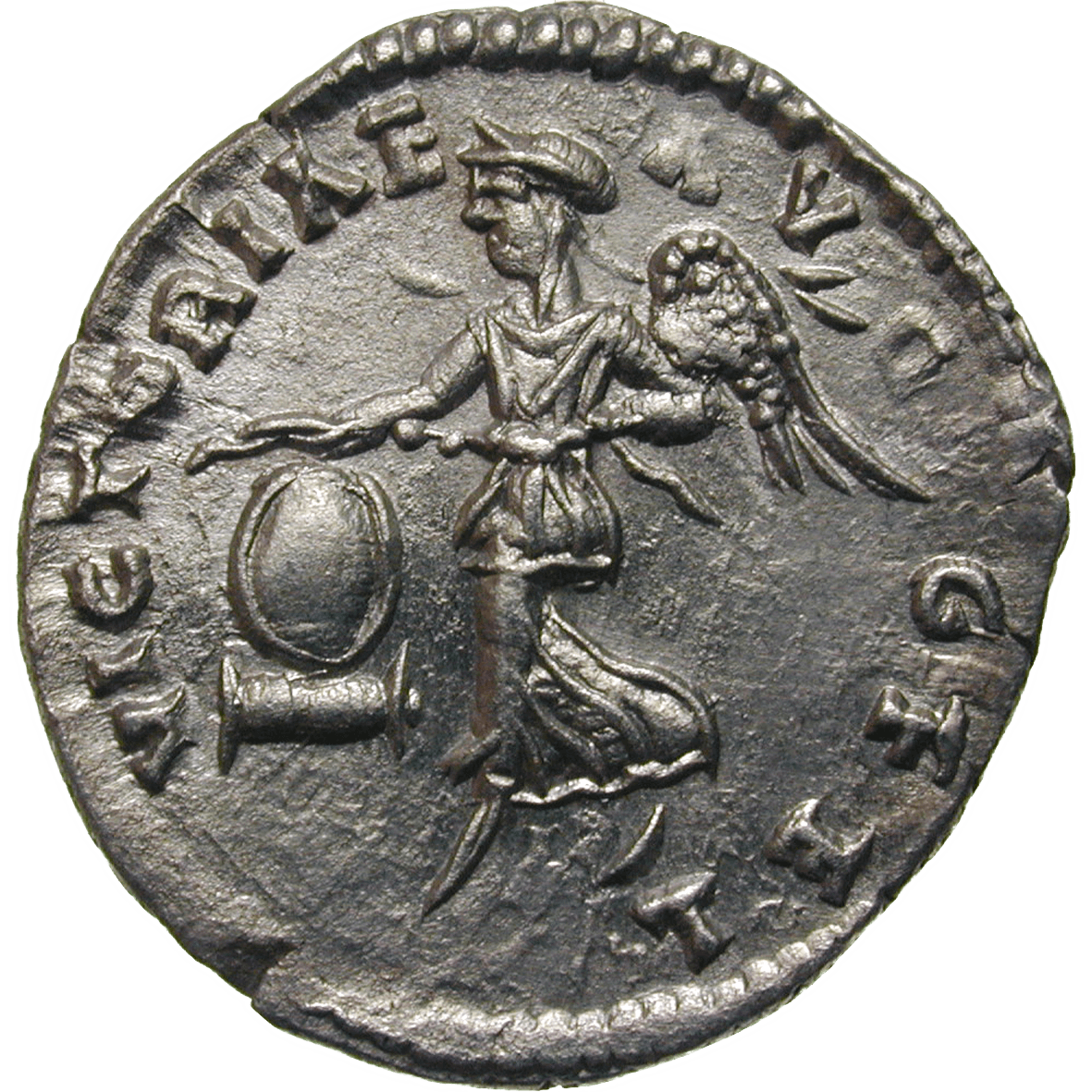 This denarius features a portrait of emperor Septimius Severus (193-211) and of Victoria, the winged goddess of victory. The goddess is busy decorating a shield wit a garland ¢ the coin thus celebrates a victory. It supposedly alludes to one of Septimius Severus' victories in the East, where he had defeated the troops of the usurper Pescennius Niger in the years of 193 and 194 and later, in 195 as well as in 197 and 198, had waged a successful war against the Parthians.

According to Roman belief, all these victories would have been unthinkable without the help and the favor of the gods. This is what Victoria, the deified personification of victory and the tutelary goddess of the Roman emperors, stands for.