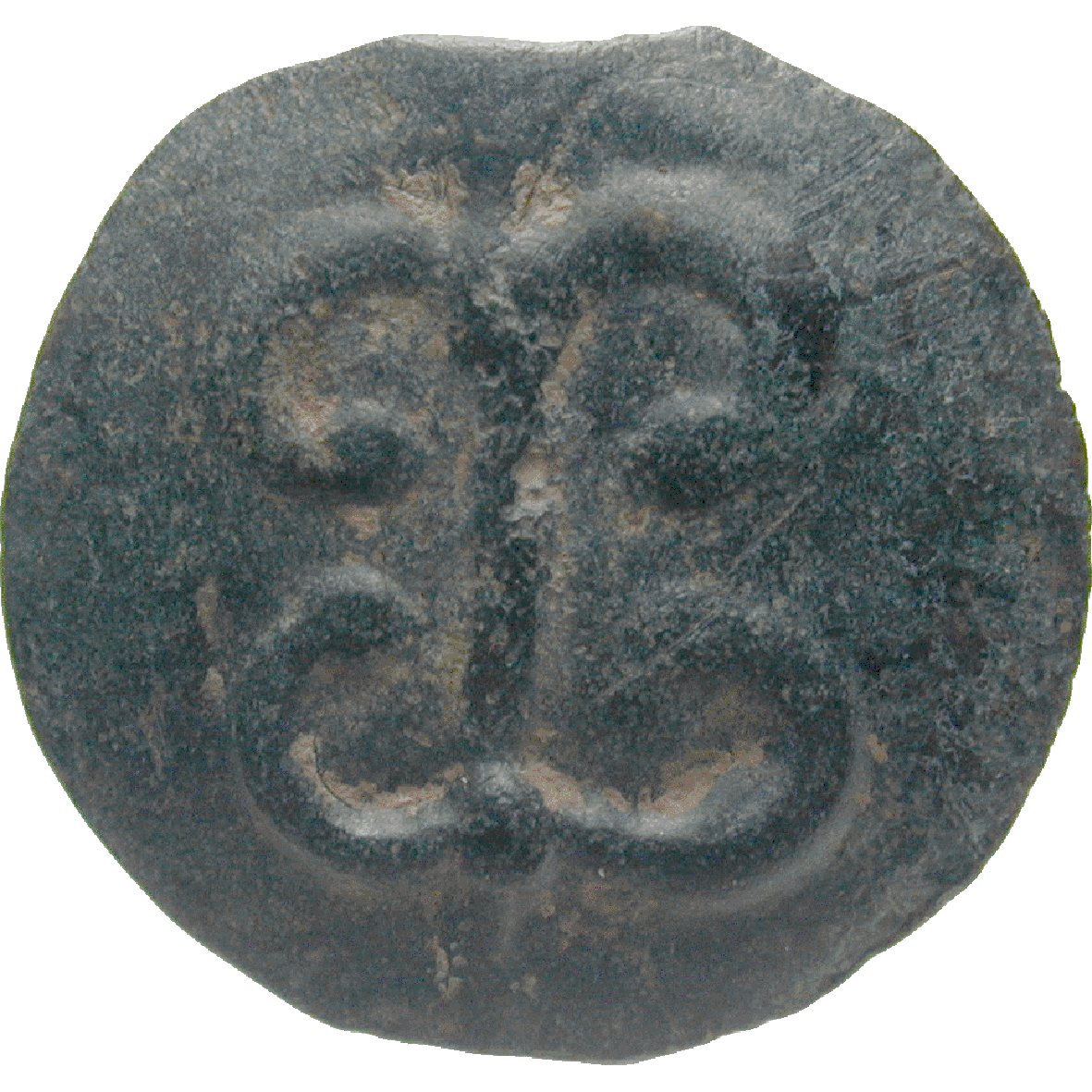 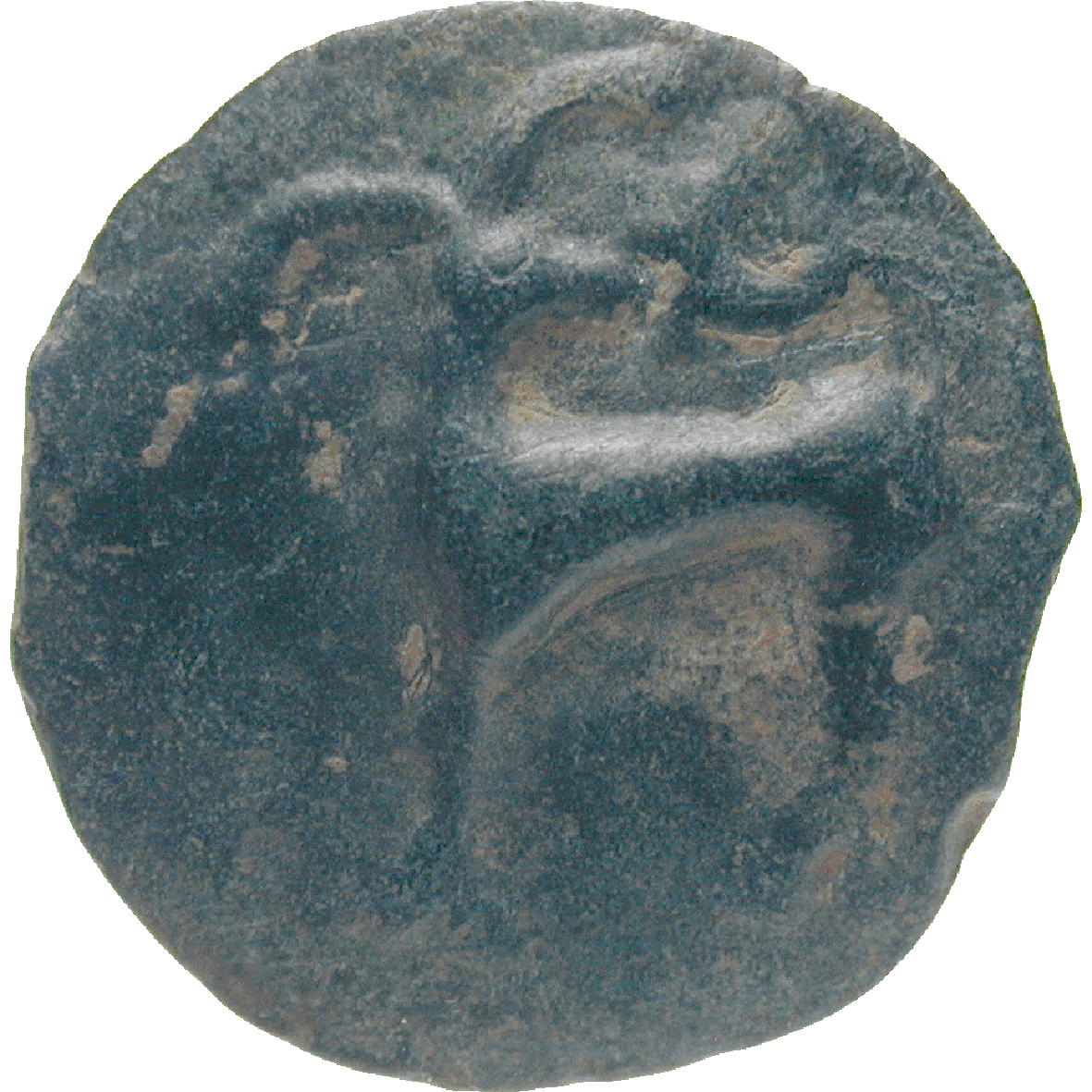 Sometime around the beginning of the 1st century BC, perhaps even a little earlier, Celts of the Tigurini tribe broke the ground of the Lindenhof in Zurich. These first archaeologically traceable inhabitants of 'Zurich' had already quite a differentiated coinage system: gold and silver coins were used for far trade and large transactions; and potin coins – cast from an alloy of copper, tin and lead – were used for daily trade on the local market.

This Celtic potin coin is of the so-called Zurich type, bearing a stylization of mercury's wand on the obverse and a stag on the reverse. Such coins were used exclusively on the local market.