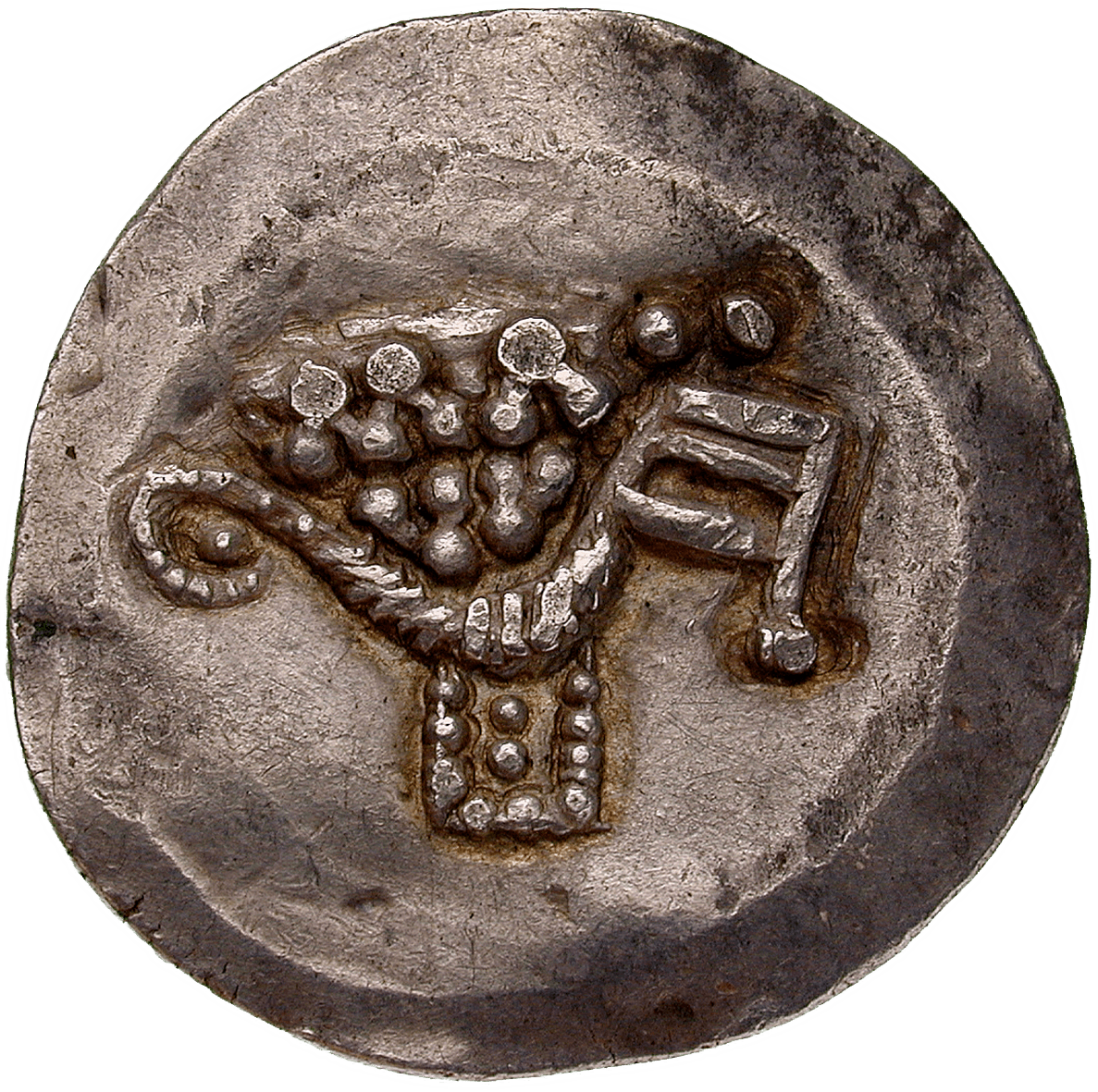 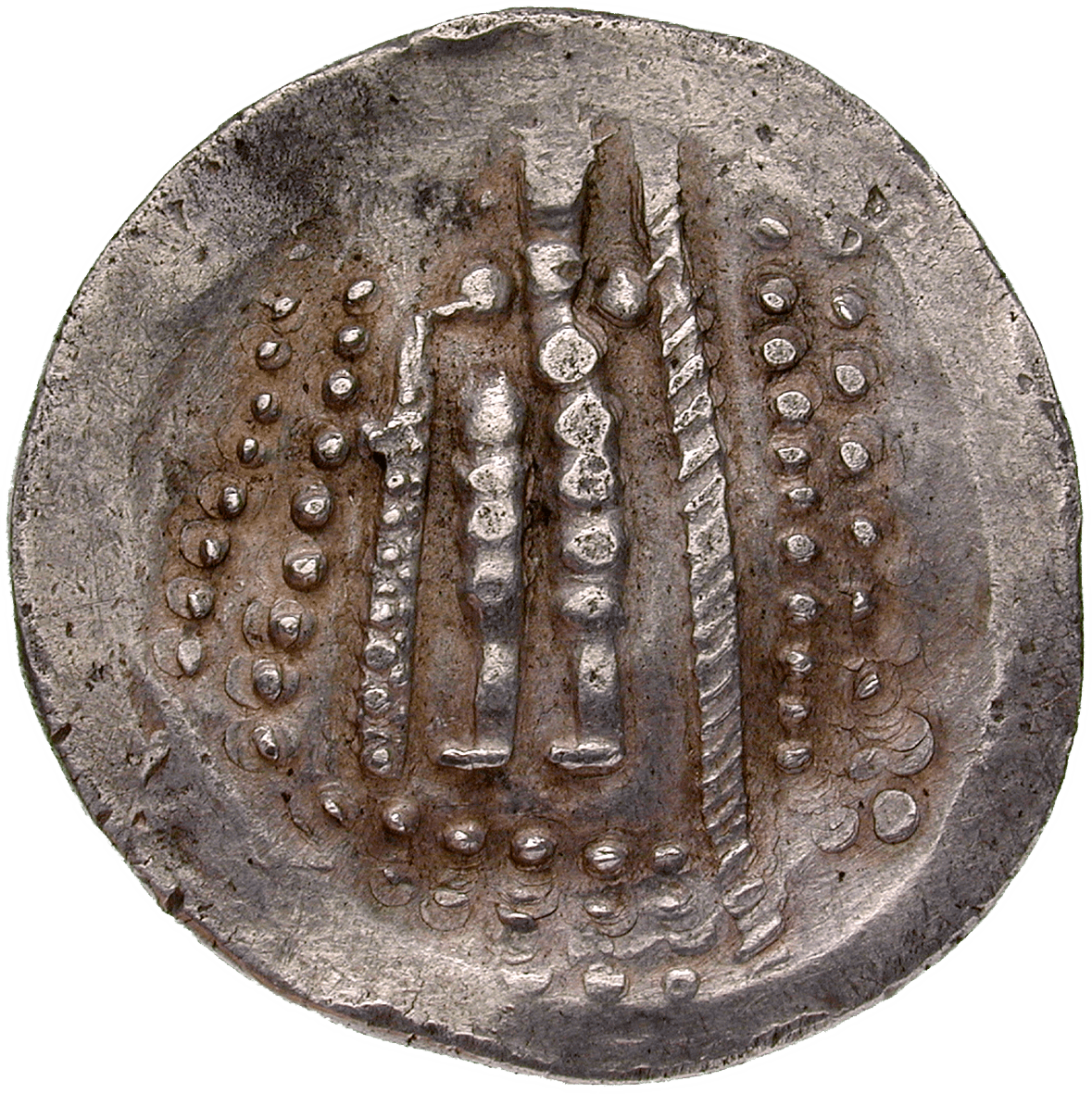 The Celtic tribes living in the east of Europe – approximately the present-day territories of Serbia, Croatia, Bulgaria and Romania – were the first Celts to mint their own coins. These early Celtic coins emerged around 300 BC and were initially mere copies of well-known Greek coins circulating on Celtic markets.

While the early Celtic issues were faithful copies of the Greek archetypes, later Celtic coins were often fantastical interpretations of the original images. Over time the Celts thus developed their own, very special style of coin depiction.

This coin was minted around the middle of the 2nd century BC on the coast of the Black sea. It is an already highly stylized copy of a tetradrachm from the Greek island of Thasos, which bore the head of Dionysus on the obverse and Heracles with a lion's skin and a club on the reverse.