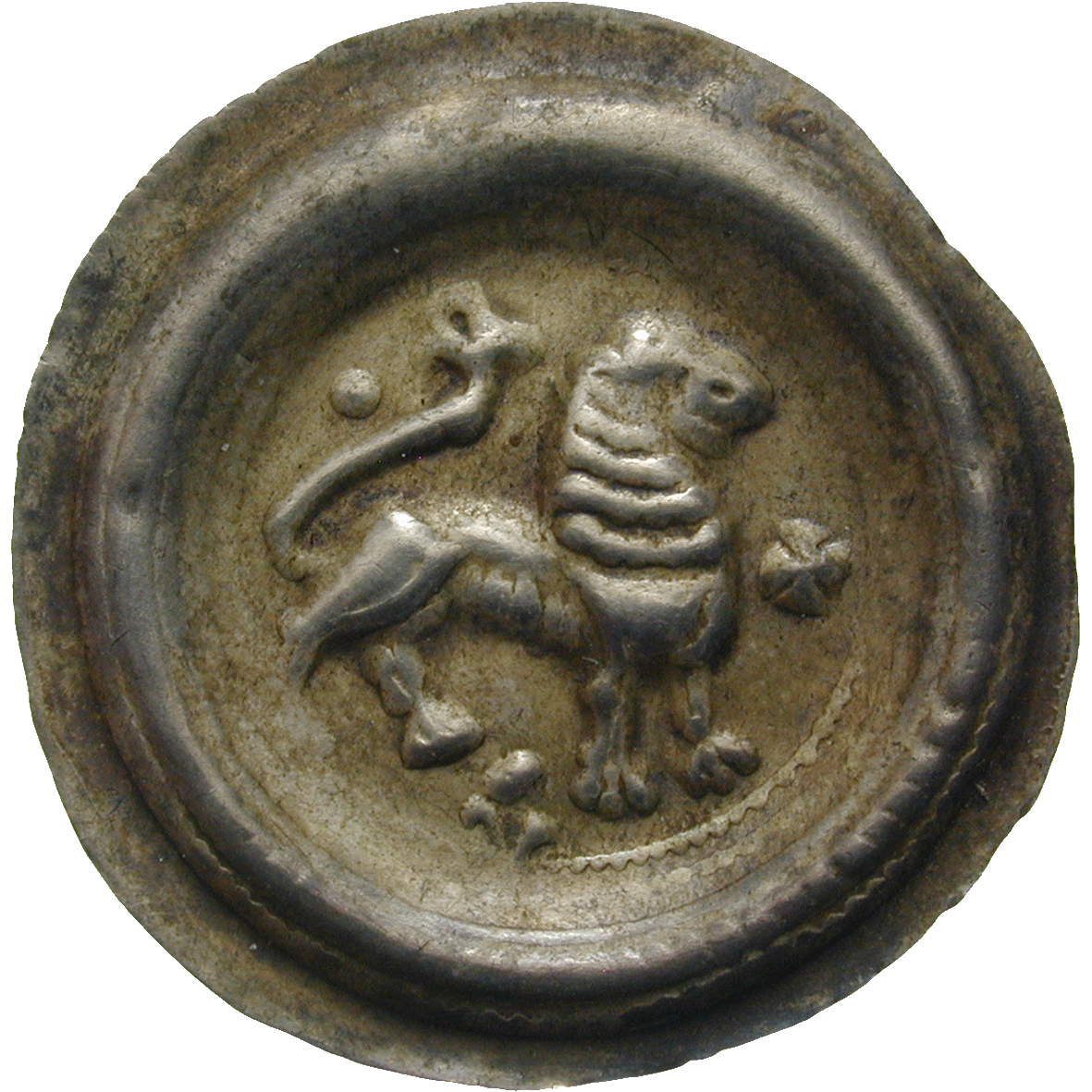 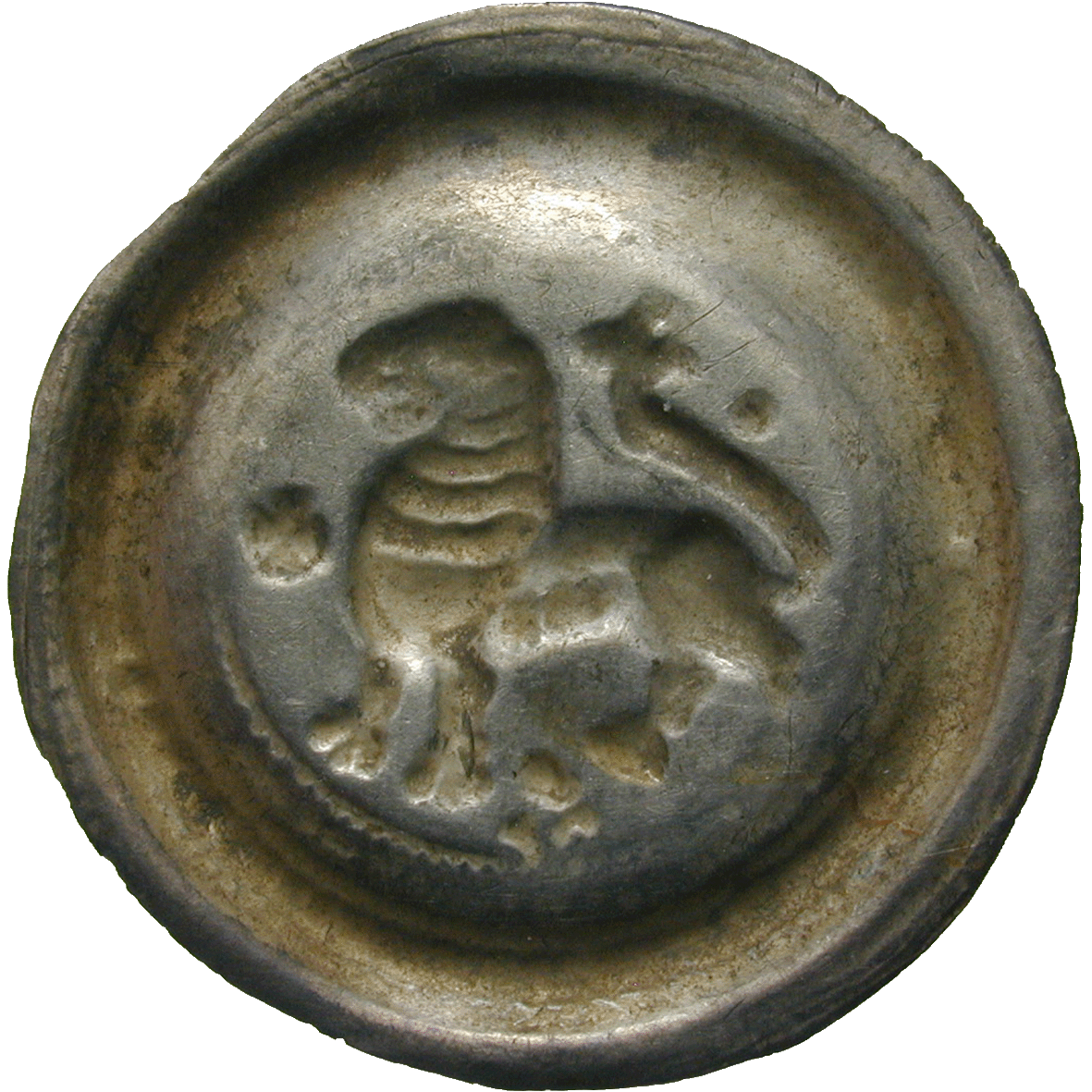 The lion is the emblem oft the House of Welf, a dynasty that included several German and British rulers and even a Russian Tsar between the 11th and the 20th centuries. In the 11th and the 12th centuries the dukes of Bavaria and of Saxony originated from that family, and in the 13th century also those of Brunswick-Lüneburg.

Otto the Child, so called because he inherited his father's possessions at the tender age of nine, became Duke of Brunswick-Lüneburg in 1235 (until 1252).

This coin, a single-face bracteate, was issued under Otto's rule and features the Welfish lion.