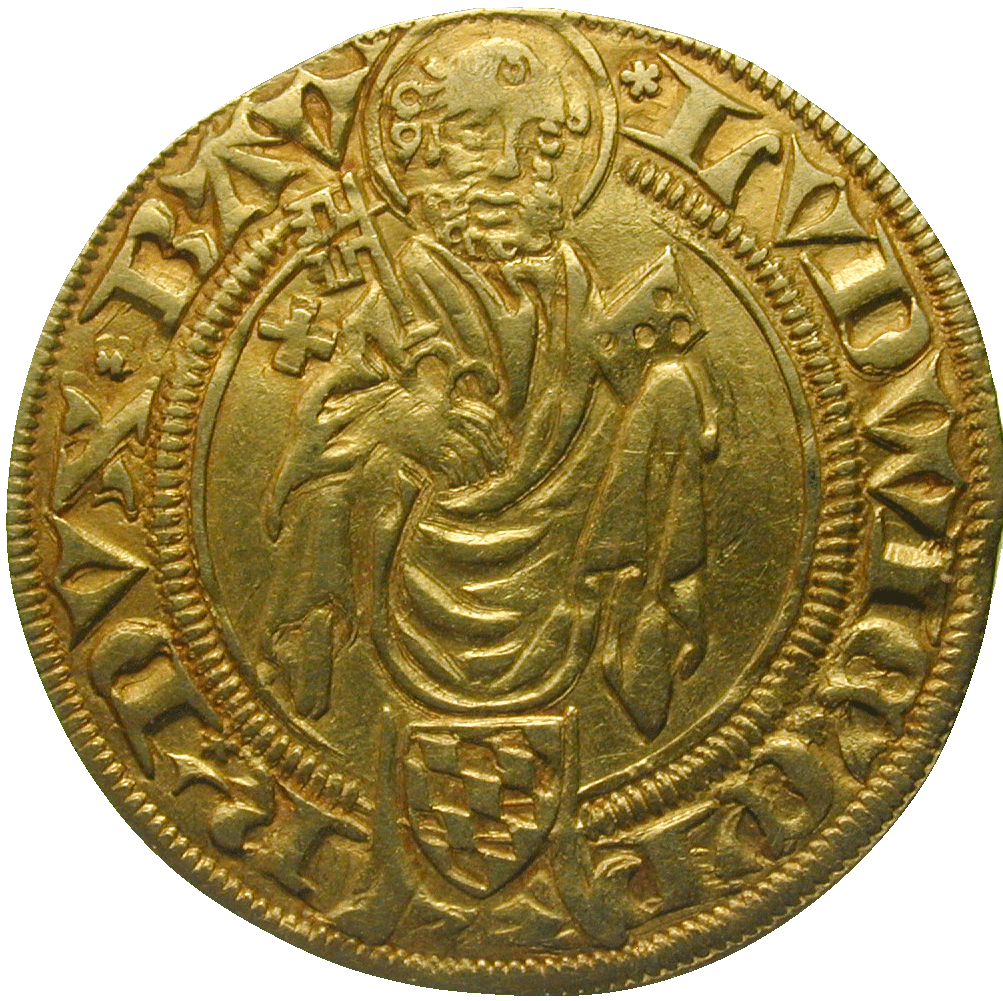 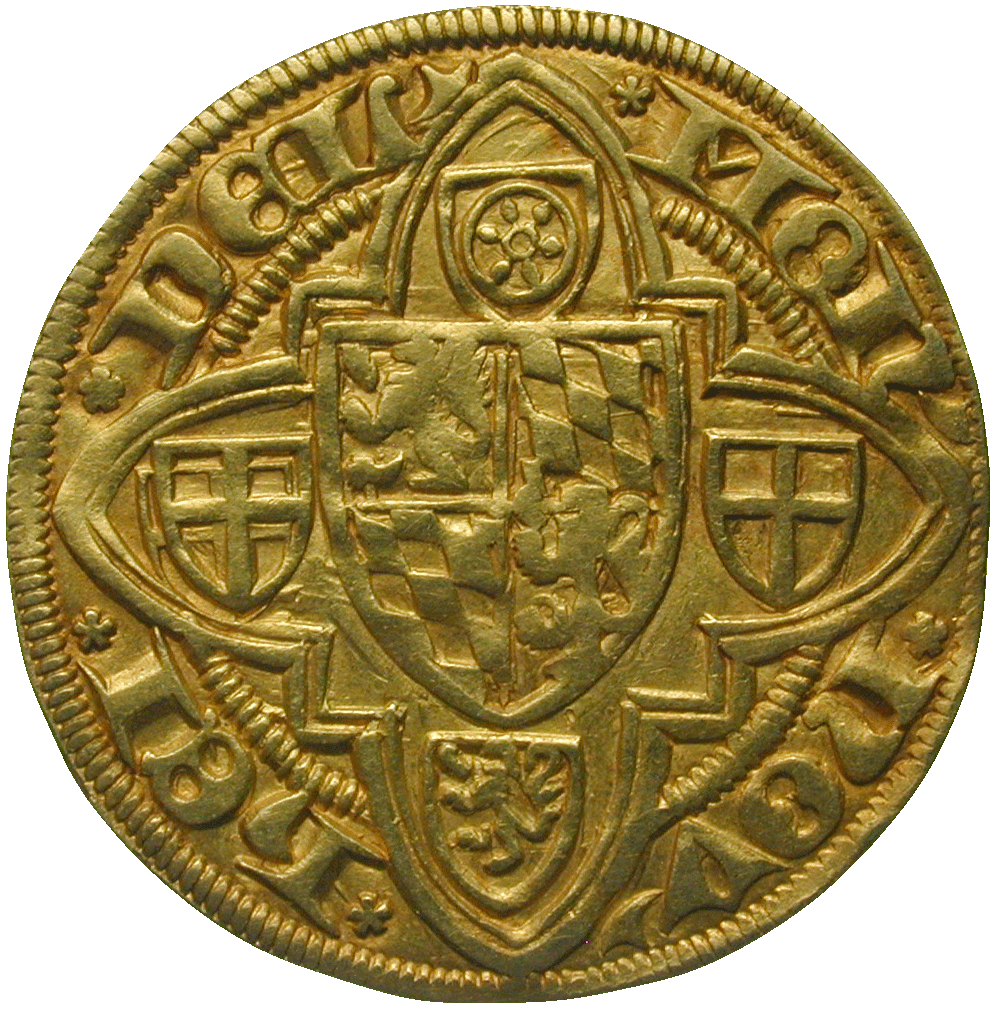 In the Late Middle Ages, several monetary associations were formed in the German lands. Their aim was the formation of larger monetary areas by coinage unifications and mutual quality controls. An influential association was the coinage union of the Electors on the Rhine. The Electors of the Rhine were the archbishops of Mainz, Cologne and Treves as well as the Count Palatine of the Rhine. In 1386, they agreed to issue silver and gold coins of standardized weight, alloy and design. They were to show the name of the issuer together with the image of John the Baptist, and the coat of arms of the other three contractual parties on the reverse. In 1419, the image of John the Baptist was replaced by Saint Peter. Shortly thereafter the Count Palatine Louis III (1410-1436) issued this goldgulden in Heidelberg.