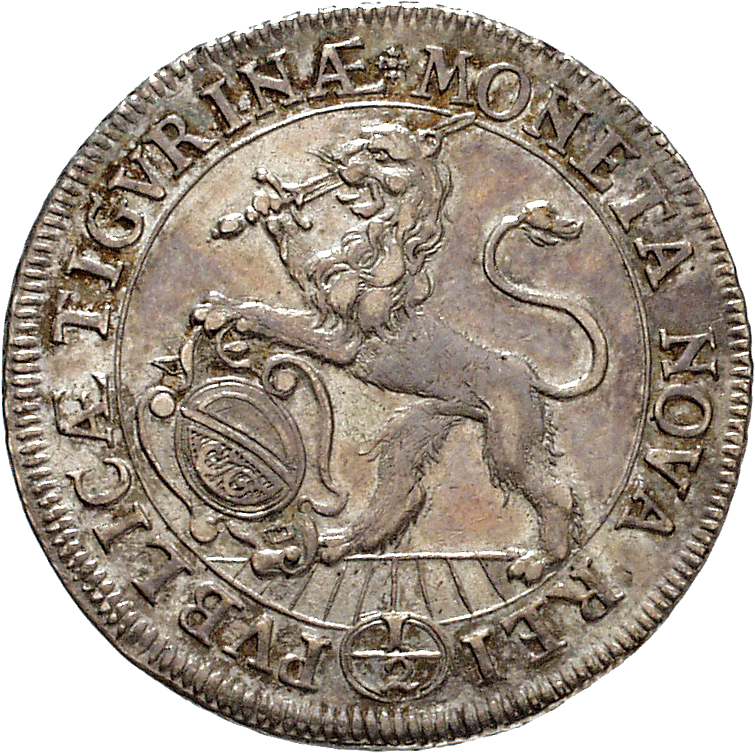 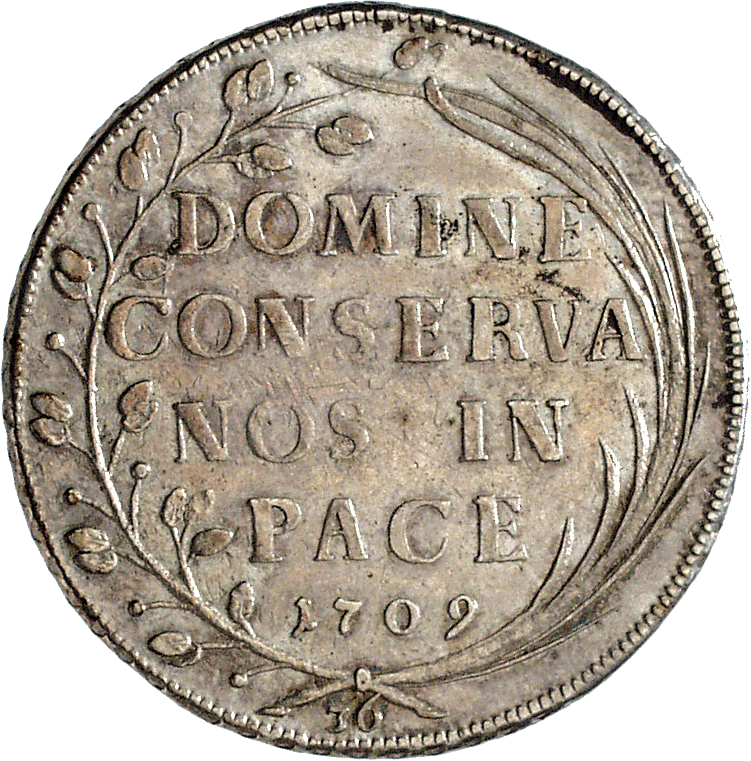 The designs of the Zurich coins remained unchanged over centuries. The obverse always depicted a lion presenting the city's coat of arms, and the reverse showed the motto DOMINE CONSERVA NOS IN PACE, 'Lord, preserve us in peace'.

The style of the images, however, changed quite remarkably in the course of time. This half taler stands on the cusp of a new fashion: between the exuberant medieval baroque style and the neo-classical style of the Time of Enlightenment. The coin dies were cut by the engraver Hans Jakob Gessner from Zurich. It was one of his early works; later, Gessner would become a master of the new style.