Republic of Zurich, Half Taler 1673 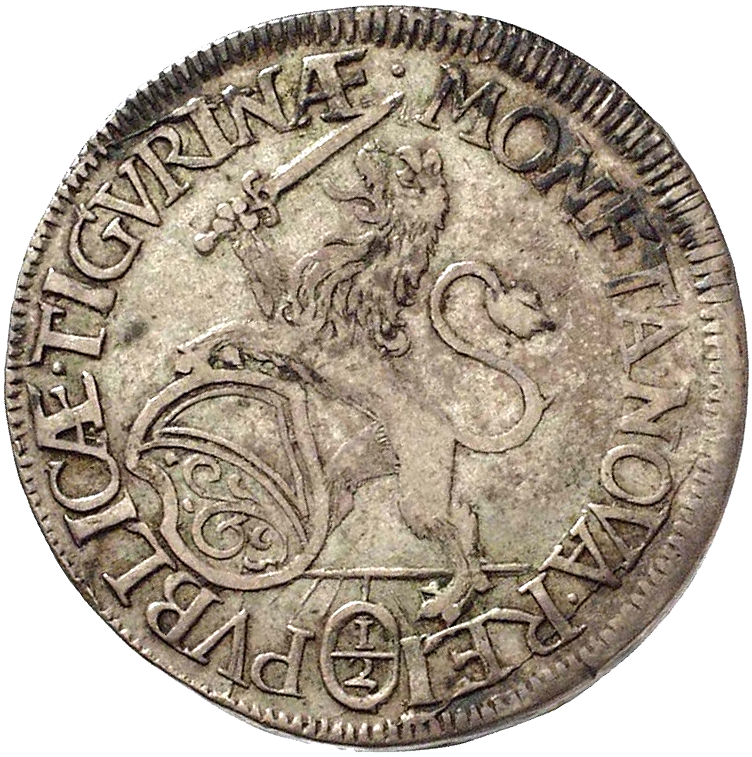 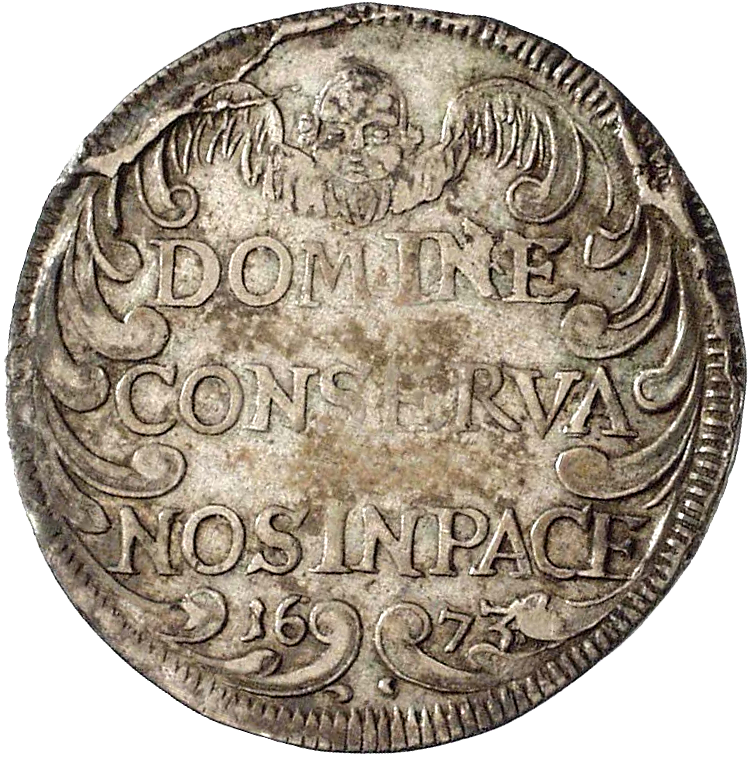 In 1673, the city council of Zurich decided to change the motto on the city's talers, half and quarter talers. In earlier years, the inscription on the large silver coins of Zurich had been JUSTITIA ET CONCORDIA, 'justice and concord'. Now it was to be changed into DOMINE CONSERVA NOS IN PACE, 'Lord, Preserve us in Peace'. Furthermore the decree explicitly pointed out that the coins were to be minted 'plainly, decently and consistently,' and that the 'mint master and the ward are to exercise every diligence, so that neither the silver samples nor the number and weight of the coins show any deficiencies (…), otherwise, in case of complaints, the damage will have to be paid for by the two aforesaid.'

In those years the mint master of Zurich was Johann Caspar Gyger. Despite the order of the city councili his coins did not distinguish themselves by great beauty. Compared to earlier and later pieces, the lion on Gyger's coins was rather lifeless, and the designs were badly proportioned.