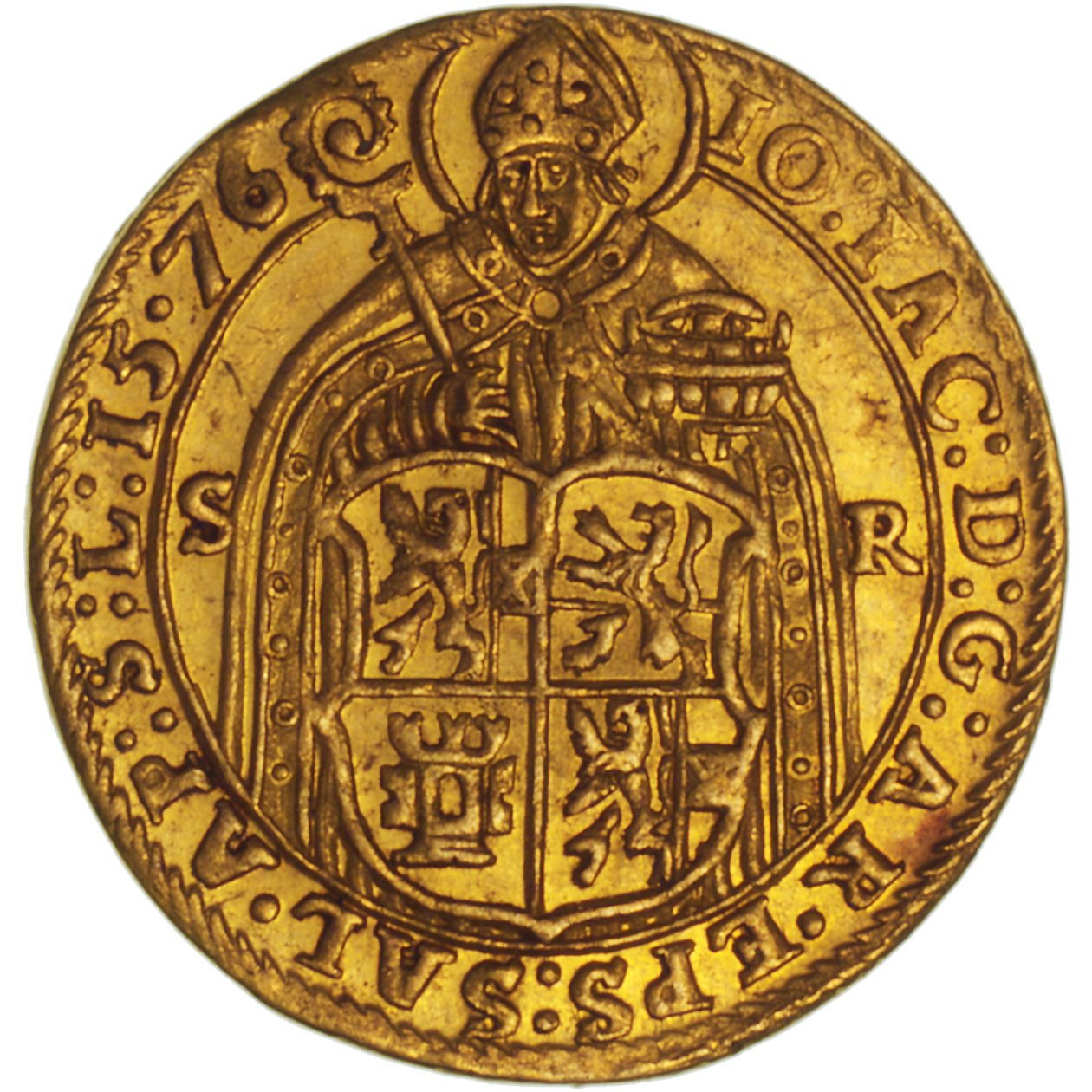 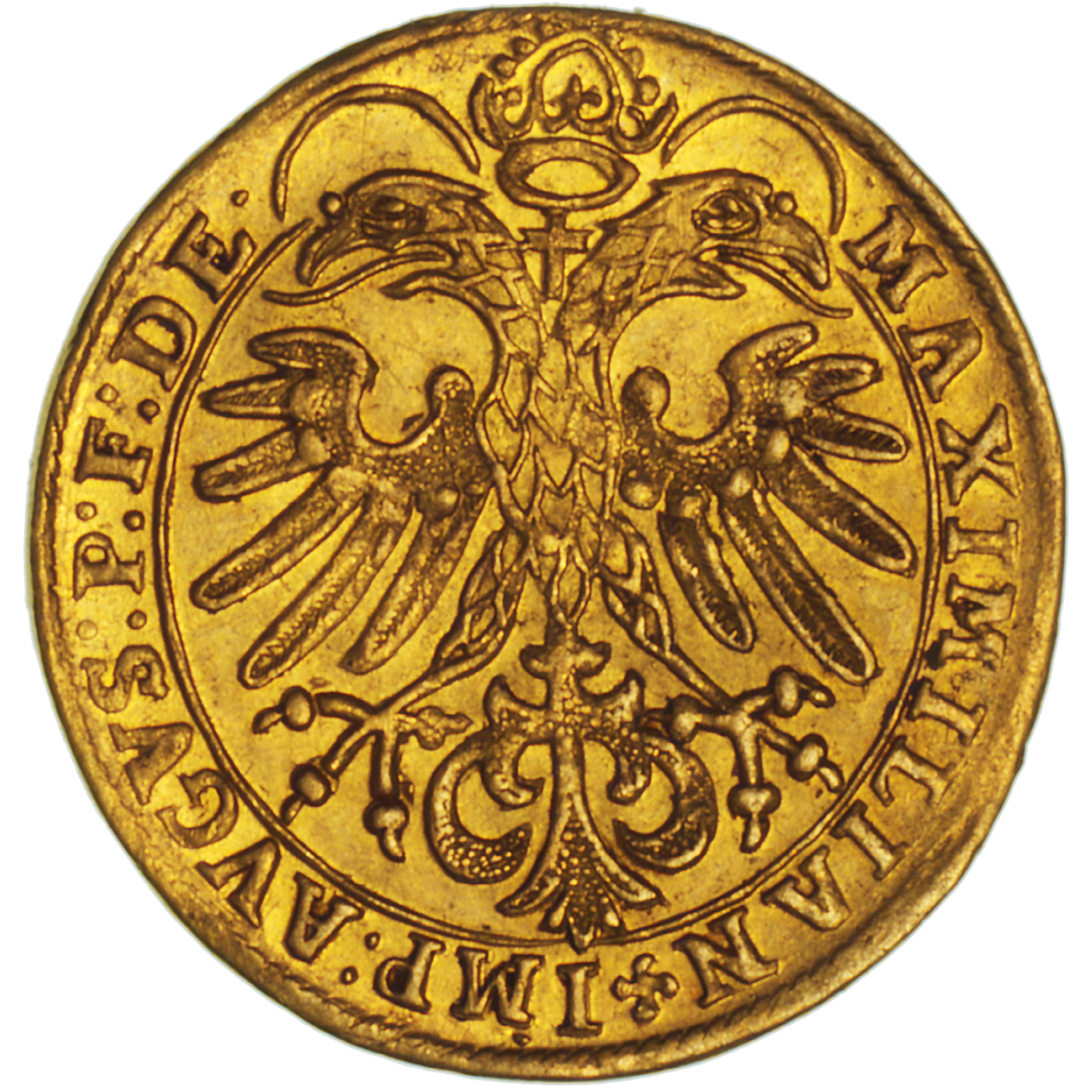 Archbishop Johann Khuen of Belasi (1560-1586) invested considerably in the production of salt, the "white gold" of the Middle Ages. He had the "Salt Mountain" near Salzberg undermined with new tunnels, and he built new pass roads. And, last but not least, the stimulated trade by issuing magnificent coins. In his mint the archbishop installed a rotary minting press, the latest innovation in the technique of minting at the time. The slightly oval and curved form of this coin proves that it was minted in that machine. It is a double ducat, bearing the bishopric's saint, Rupert, with a barrel of salt, a crosier and the archbishop's coat of arms on the obverse. The reverse illustrates the double eagle and the crown of the Holy Roman Empire, of which Salzburg was part at that time.