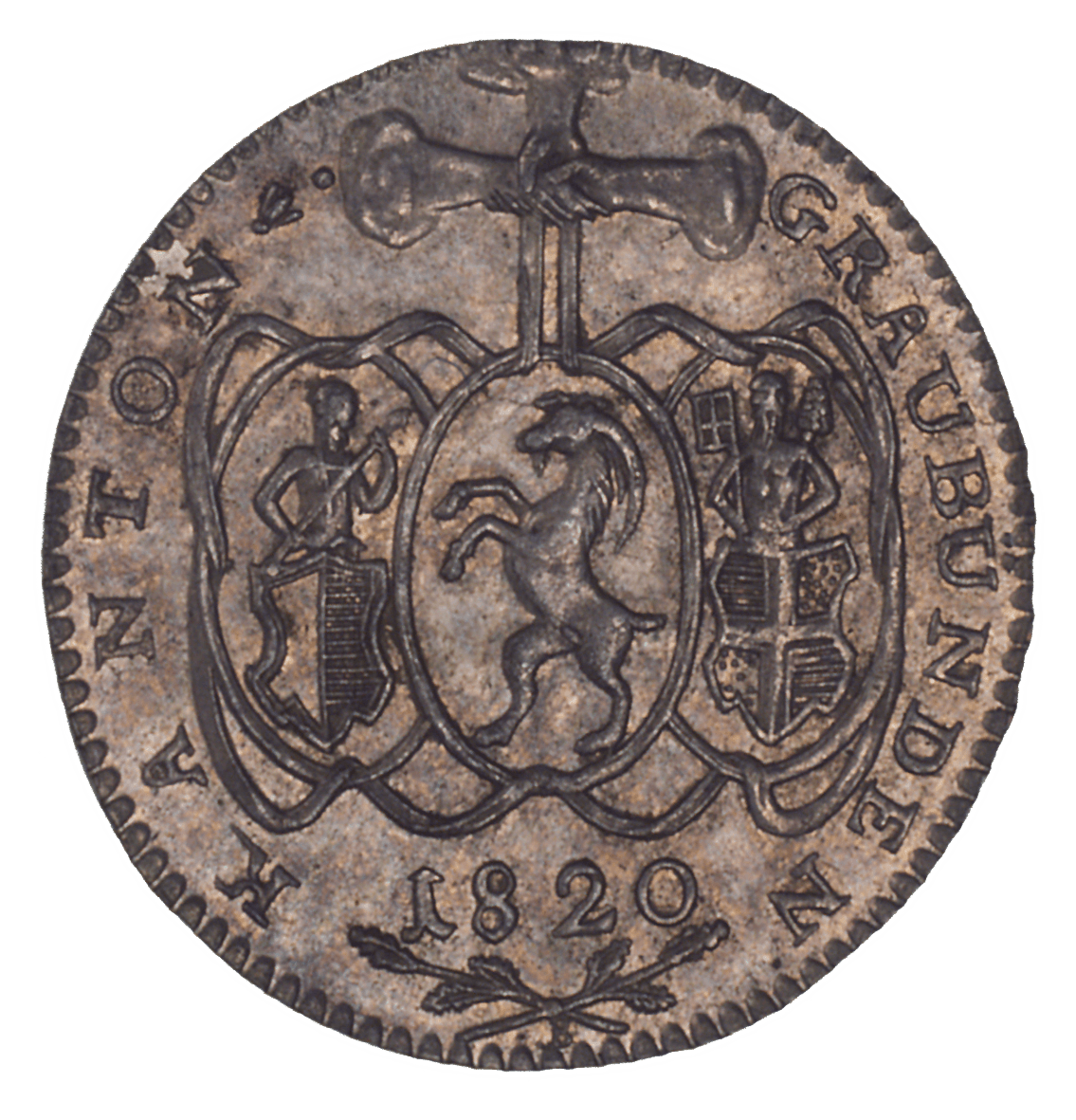 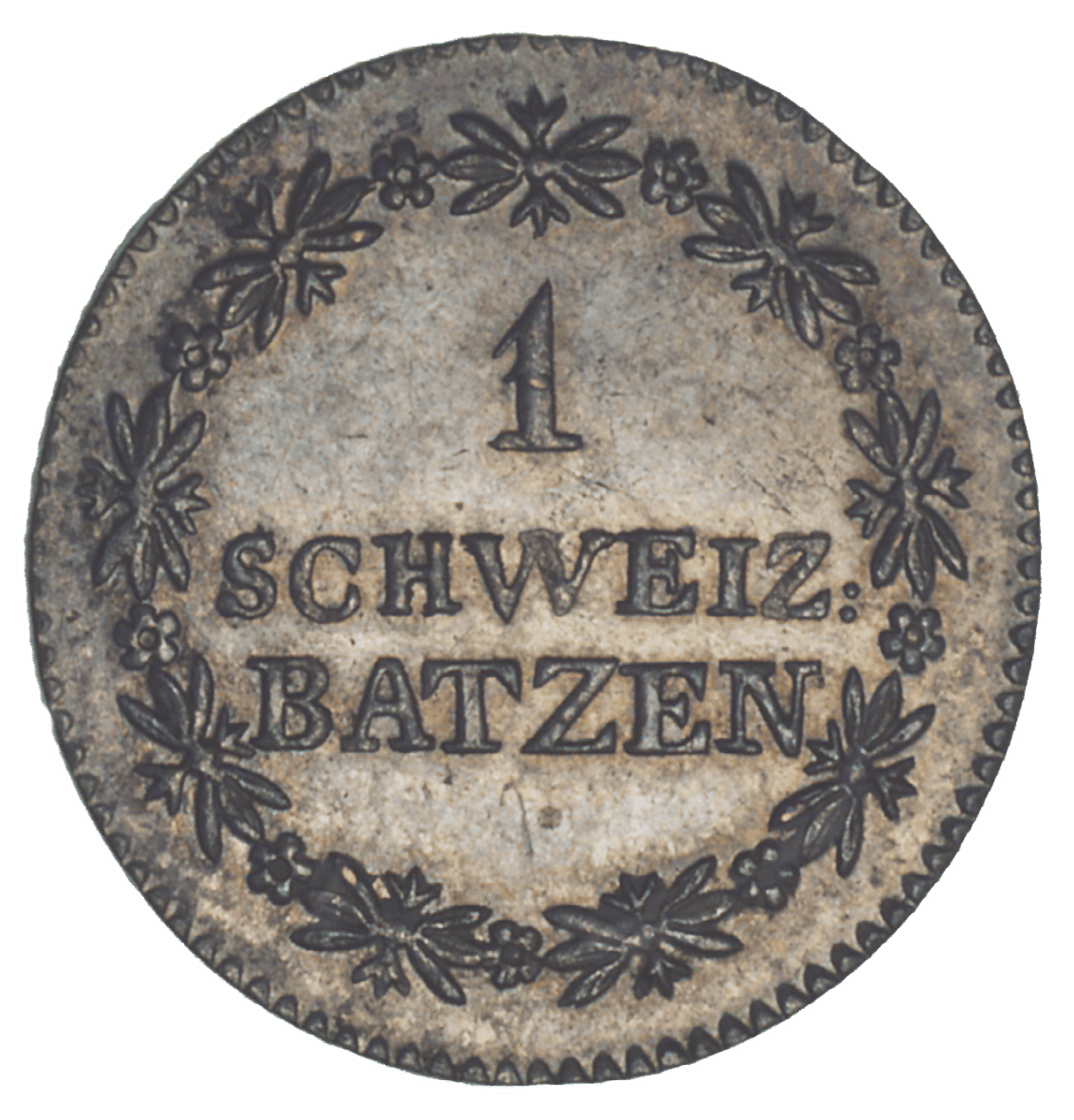 As an autonomous canton, Grisons obtained the right to mint its own coins, making use of it from 1807 to 1842. This batzen shows, below two shaking hands, the crests of the Three Leagues: in the middle the ibex of the League of God's House, on the right the two-part shield of the Grey League, and on the left Wild Man of the League of the Ten Jurisdictions.