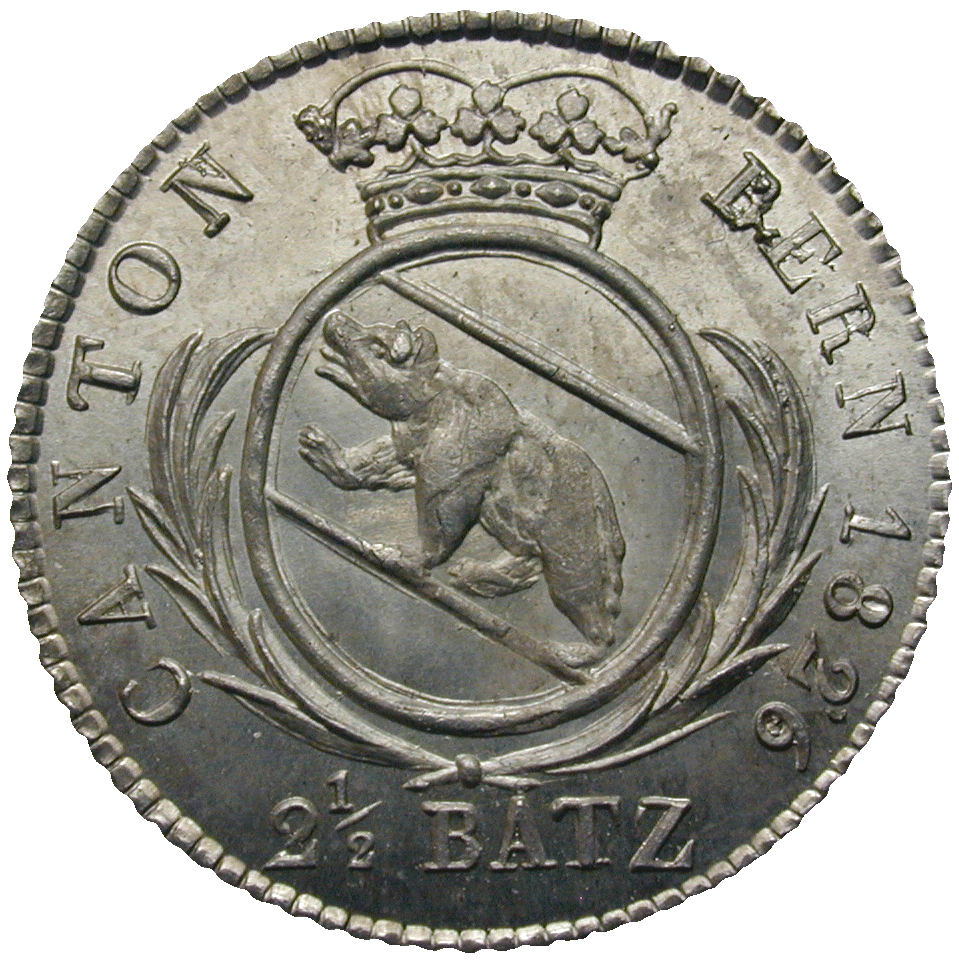 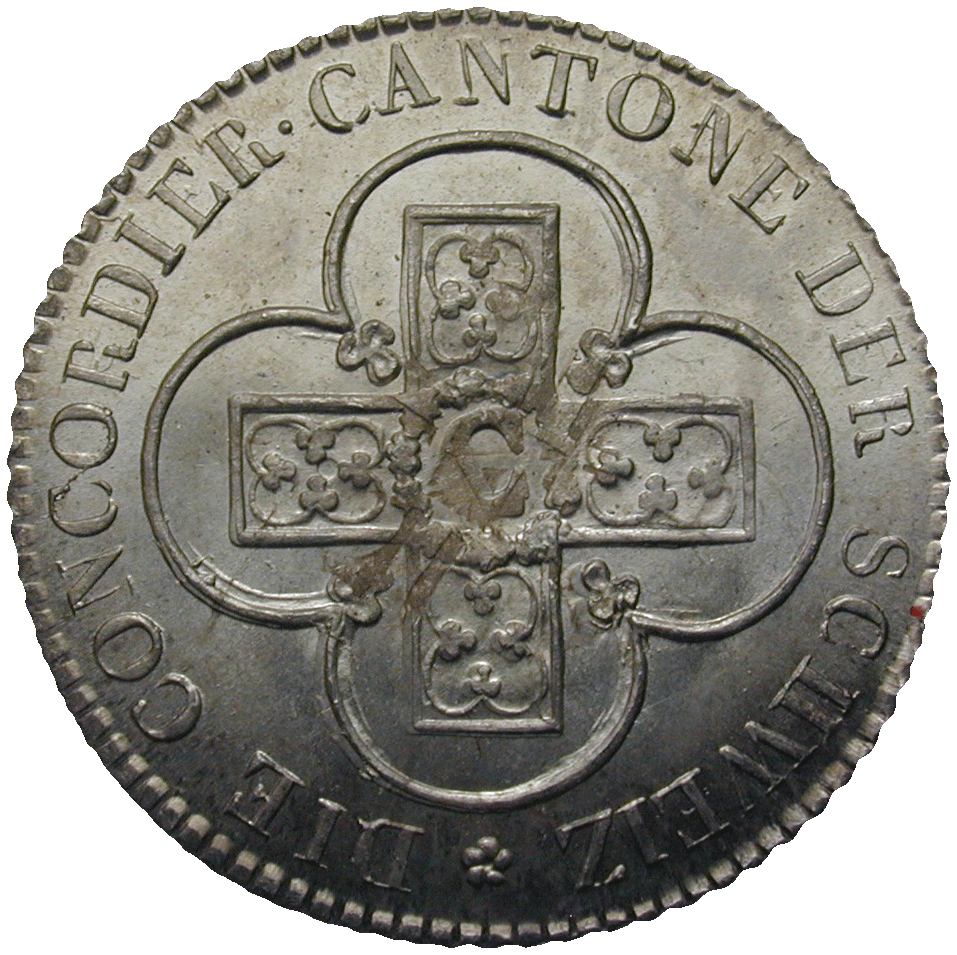 In 1825, the Cantons of Berne, Basel, Fribourg, Argovia and Vaud agreed on a so-called Coinage Concordat: they concluded to henceforth issue francs and batzens of common standards and types – on the obverse a Swiss cross with a large C (for concordat) in the centre, and on the reverse the respective cantonal crest.

As an additional measure to fight the multitude of circulating coins, all foreign issues were to be banned from the territory of the Concordat. This ban could not be completely enforced; but at least the population of the respective cantons had for the first time a legal means of payment with fixed face values.