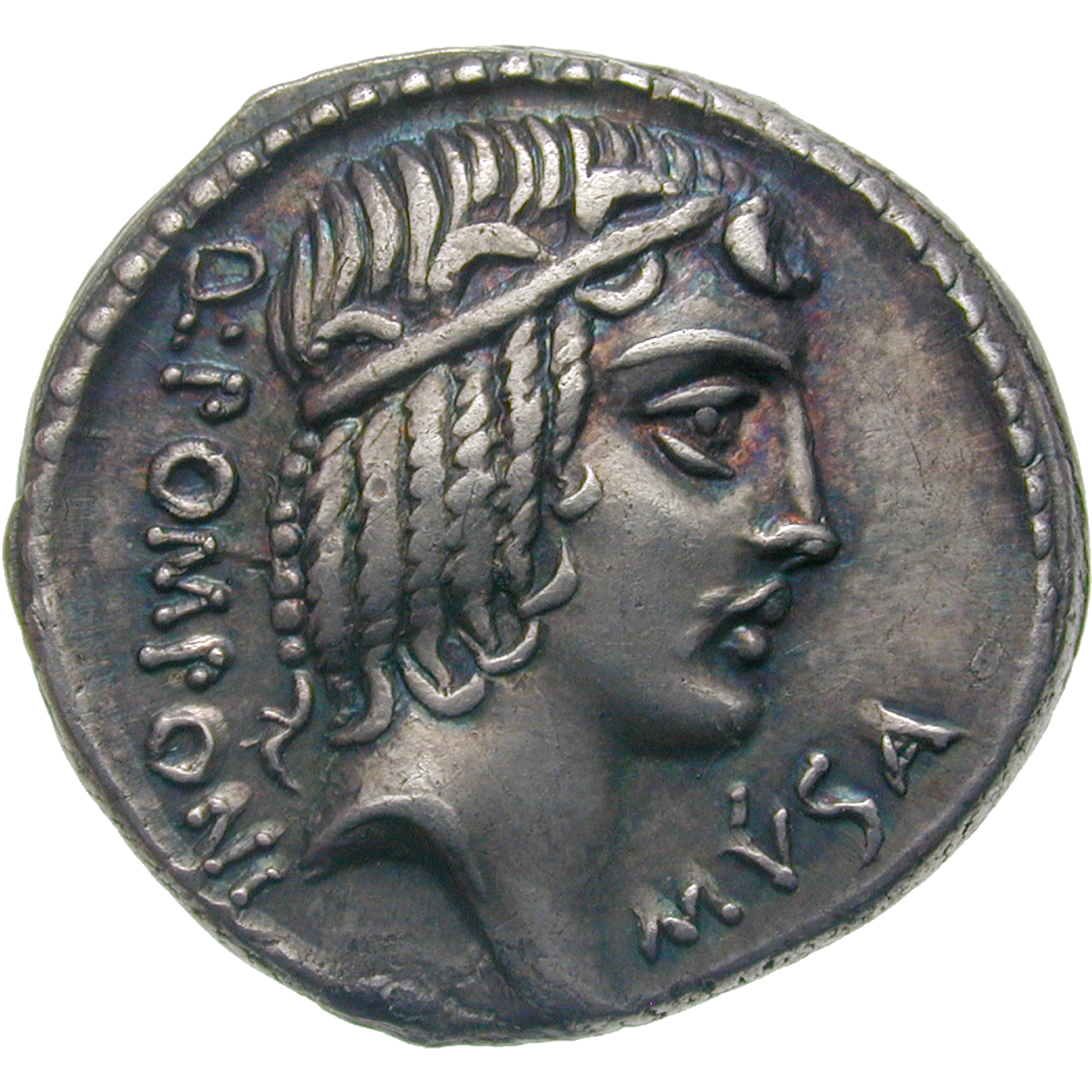 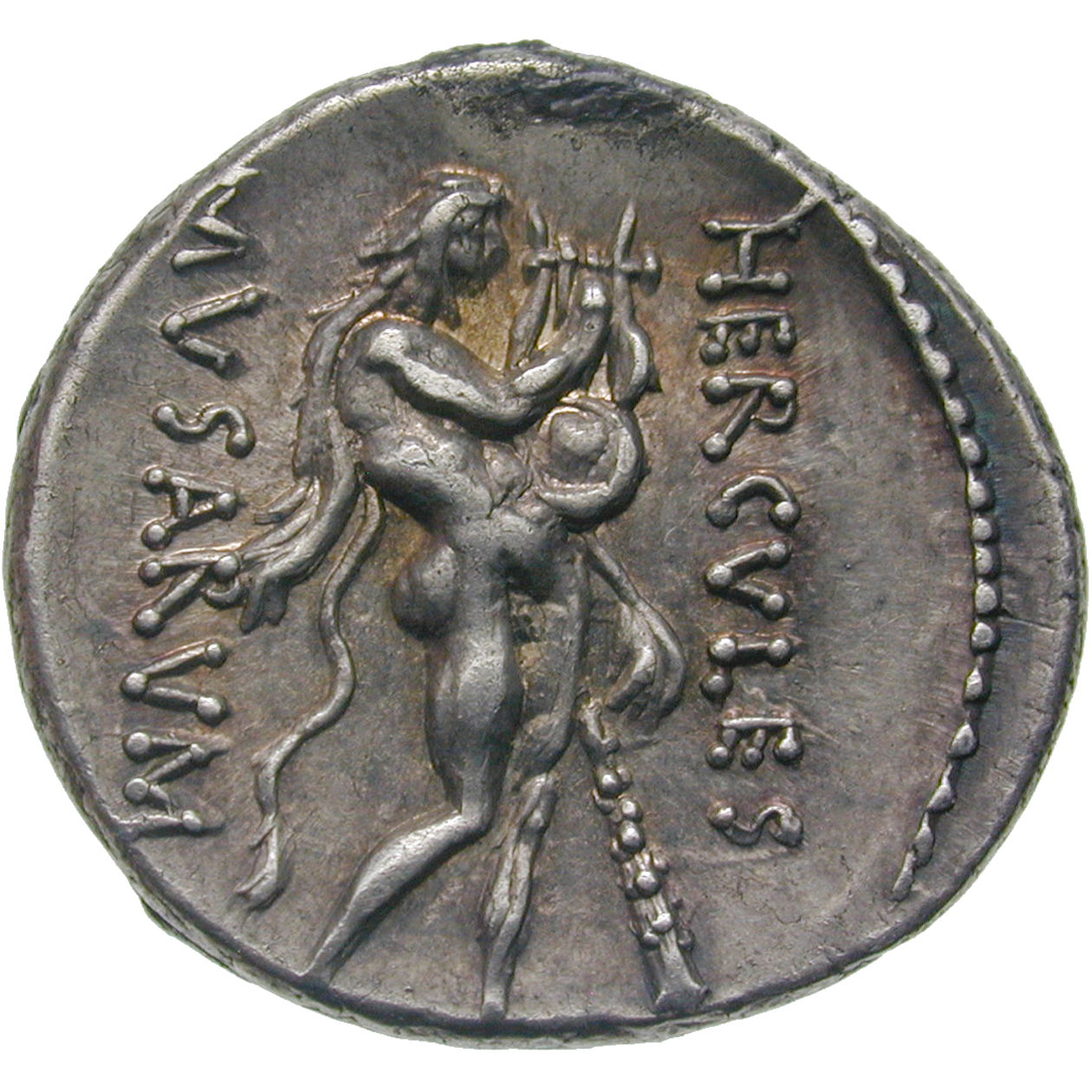 The obverse of this Roman denarius from the year 66 BC depicts the Greek god Apollo, his hair held back by a ribbon. The inscription around him is the name of the moneyer Quintus Pomponius Musa. The reverse shows the Greek hero Hercules wearing a lion's skin and playing the lyre.

All the designs of Quintus Pomponius Musa's ten coin series played with his name: The obverse showed Apollo and the reverse Hercules or one of the nine Muses. Apollo presided over the Muses, who each represented individual arts and sciences. The association of Hercules with the Muses, as indicated by the inscription HERCVLES MVSARVM, was often made in Roman mythology.