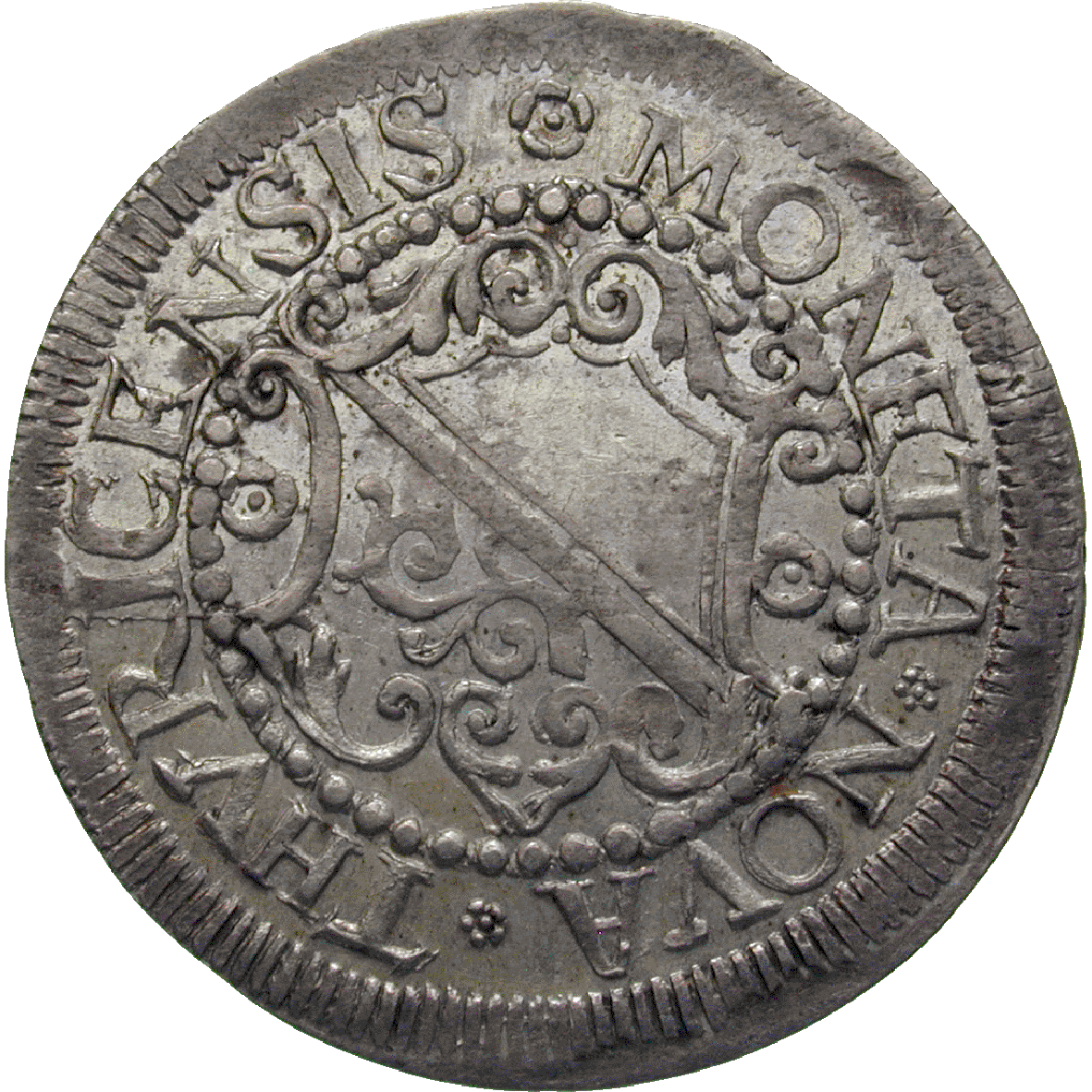 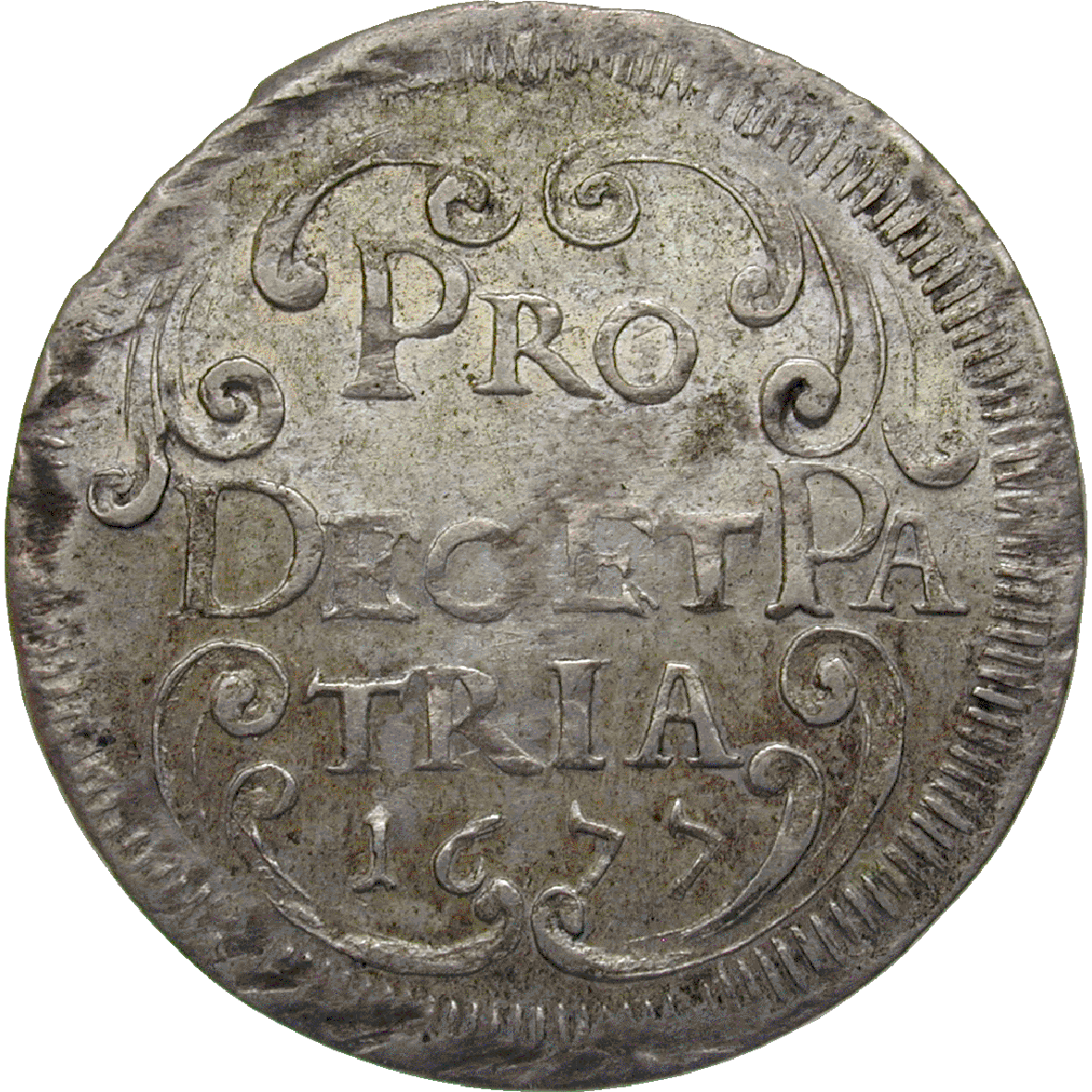 Coinage in old Zurich cannot be compared to modern money. There were times where only few or no coins at all were minted. On the other hand there were periods of intensive coinage. Between 1561 and 1620, for example, no large coins were issued at all; an uninterrupted minting of talers only started only in the second half of the 17th century. Coins of 10 schillings were minted in 1656 for the first time, then again in 1677 – the coin shown here stems from that issue.