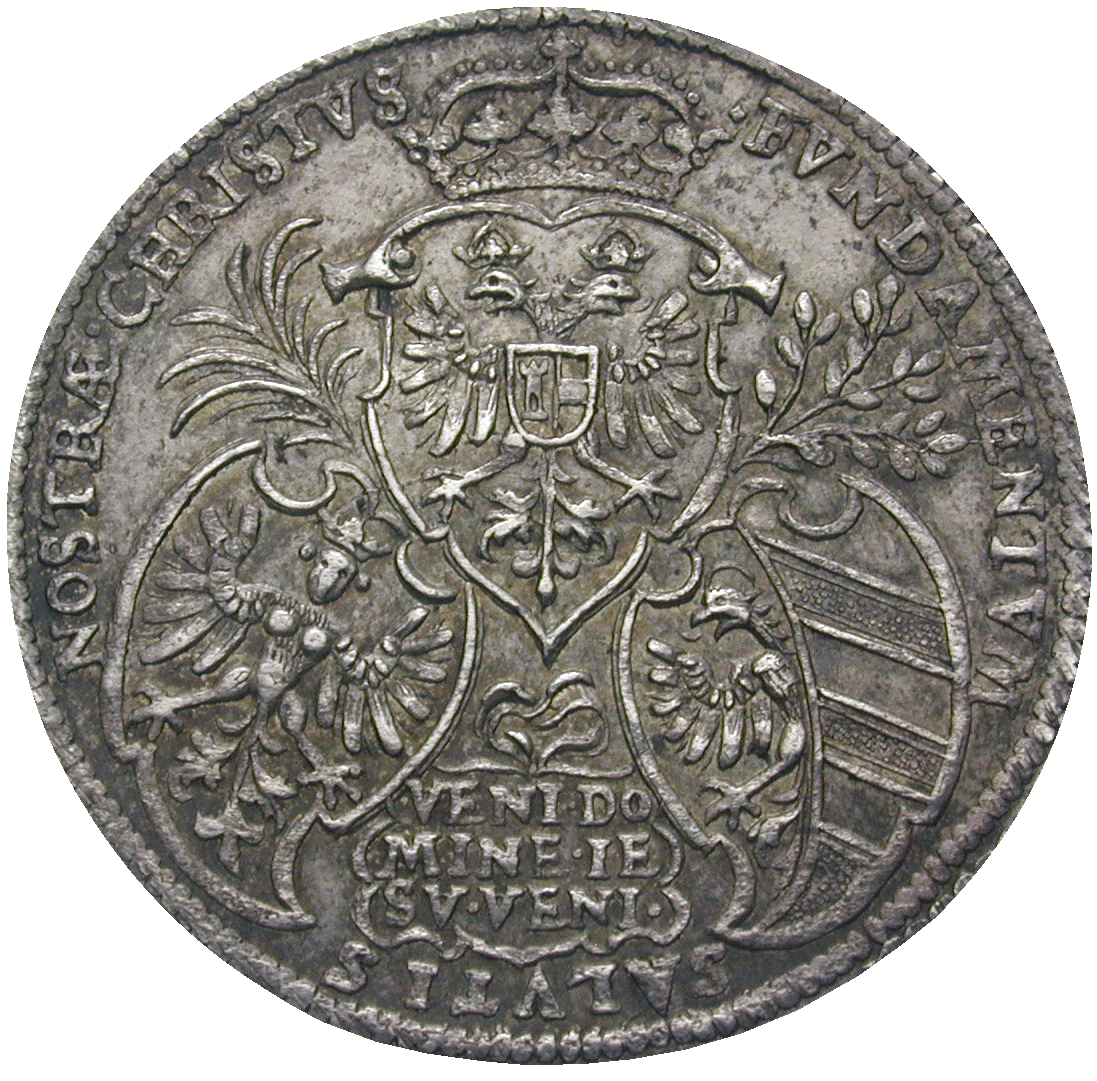 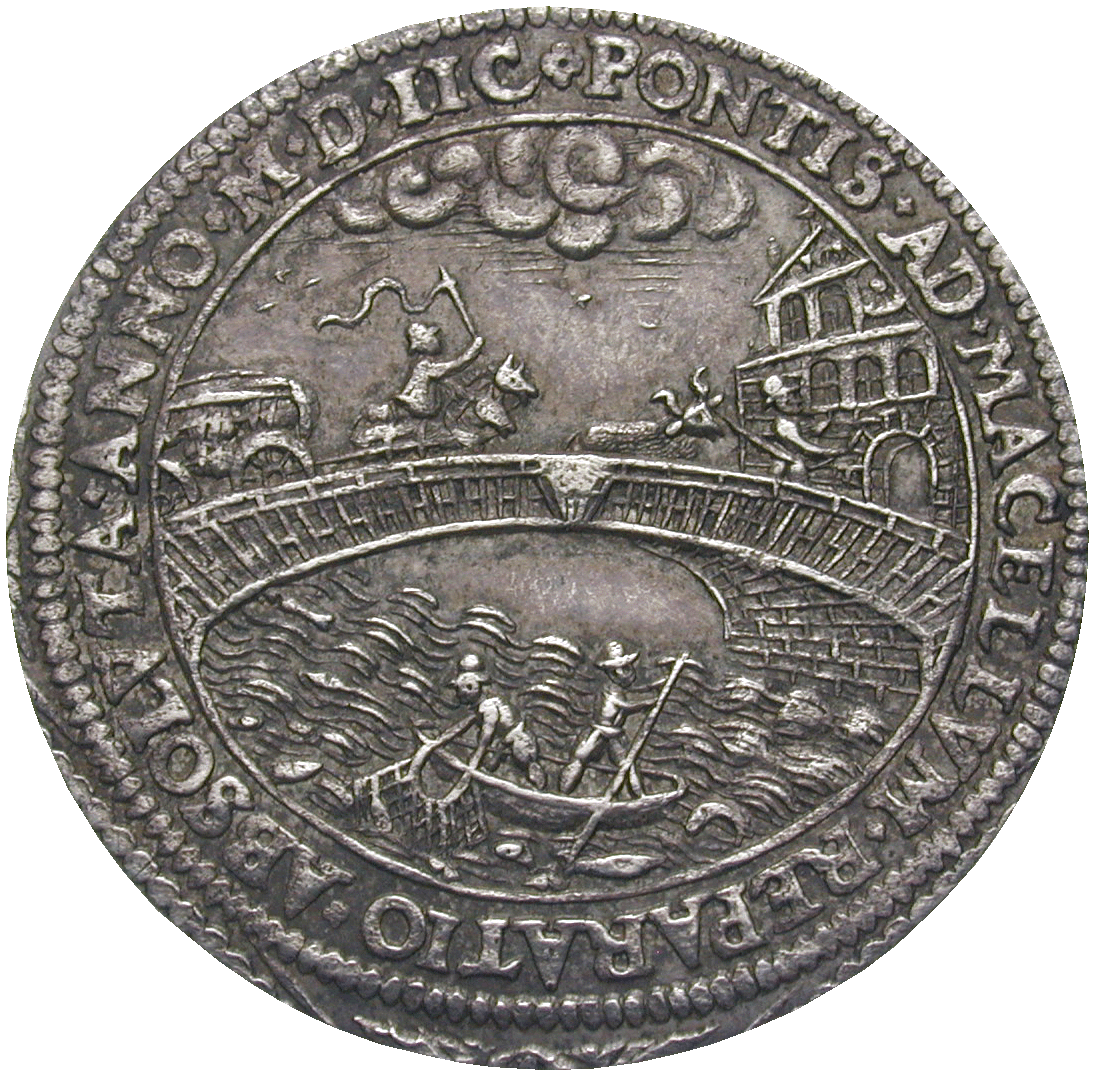 The Fleischbrücke (German for "Meat Bridge") is the oldest bridge in Nürnberg. The first bridge, a wooden construction, was supposedly erected around 1200. In 1487 it was substituted by a stone bridge. A flood destroyed this bridge in 1595, however, so that the city fathers decided to replace it with a new construction. The building was completed in 1598. It cost 82,172 guldens, as the city chronicles record. On the occasion of the completion of the new Fleischbrücke, the city of Nürnberg issued this medal. It shows the coat of arms of the Holy Roman Empire above the two city crests on the obverse. The reverse depicts the bridge itself. A team of horses and a farmer driving an ox to the slaughterhouse are just crossing over. From this nearby meat house, the bridge had gotten its name.