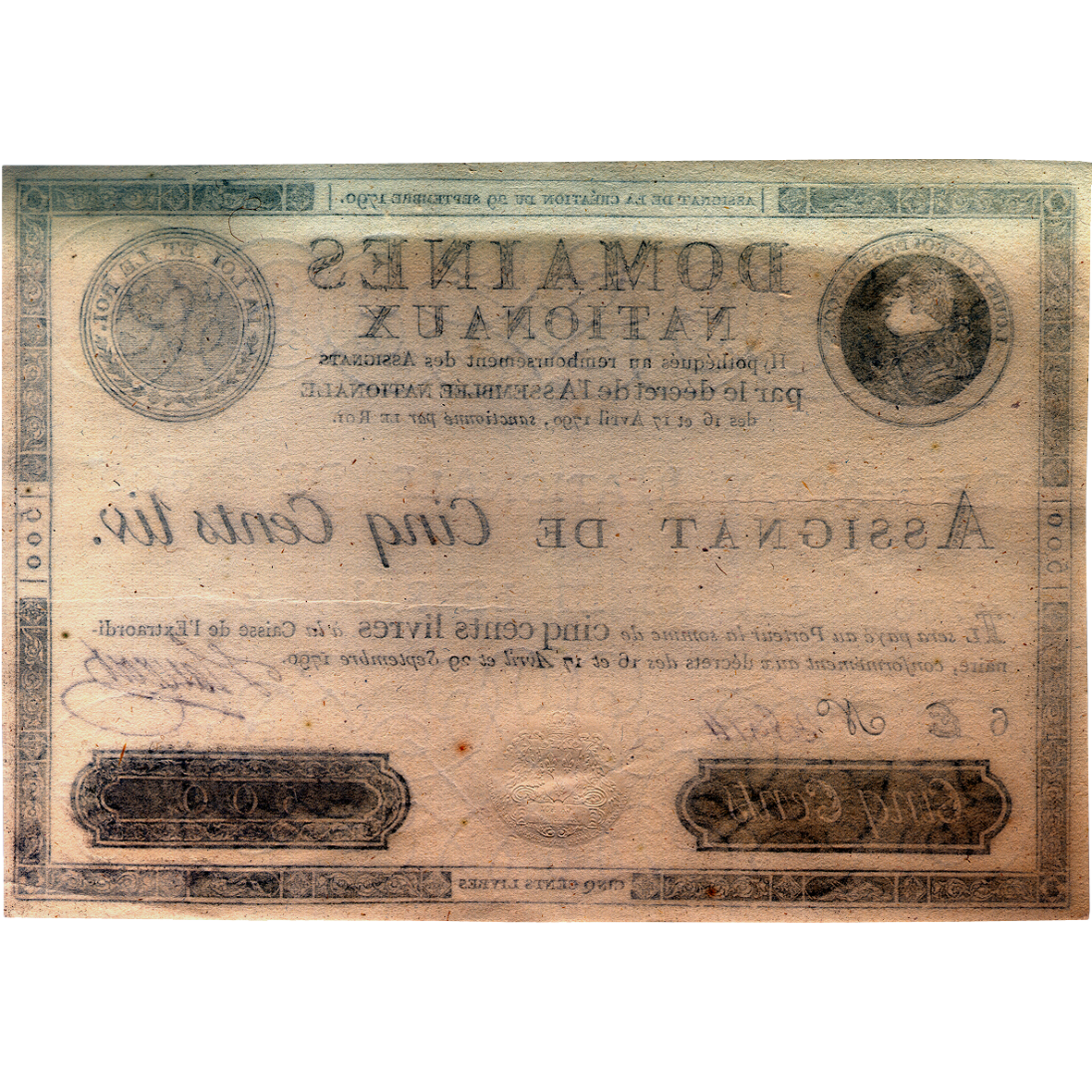 In the years following the French Revolution (1789), "assignats" circulated as a kind of paper money in France. The first assignats were issued in December 1789. They could be exchanged against church properties that the young French republic had confiscated. But mostly the assignats came into circulation and evolved into commonly accepted paper currency. But far too many assignats were printed, which caused their value to drop. By February 1796, the assignats were only worth 0.5 percent of their face value, and had to be demonetized.