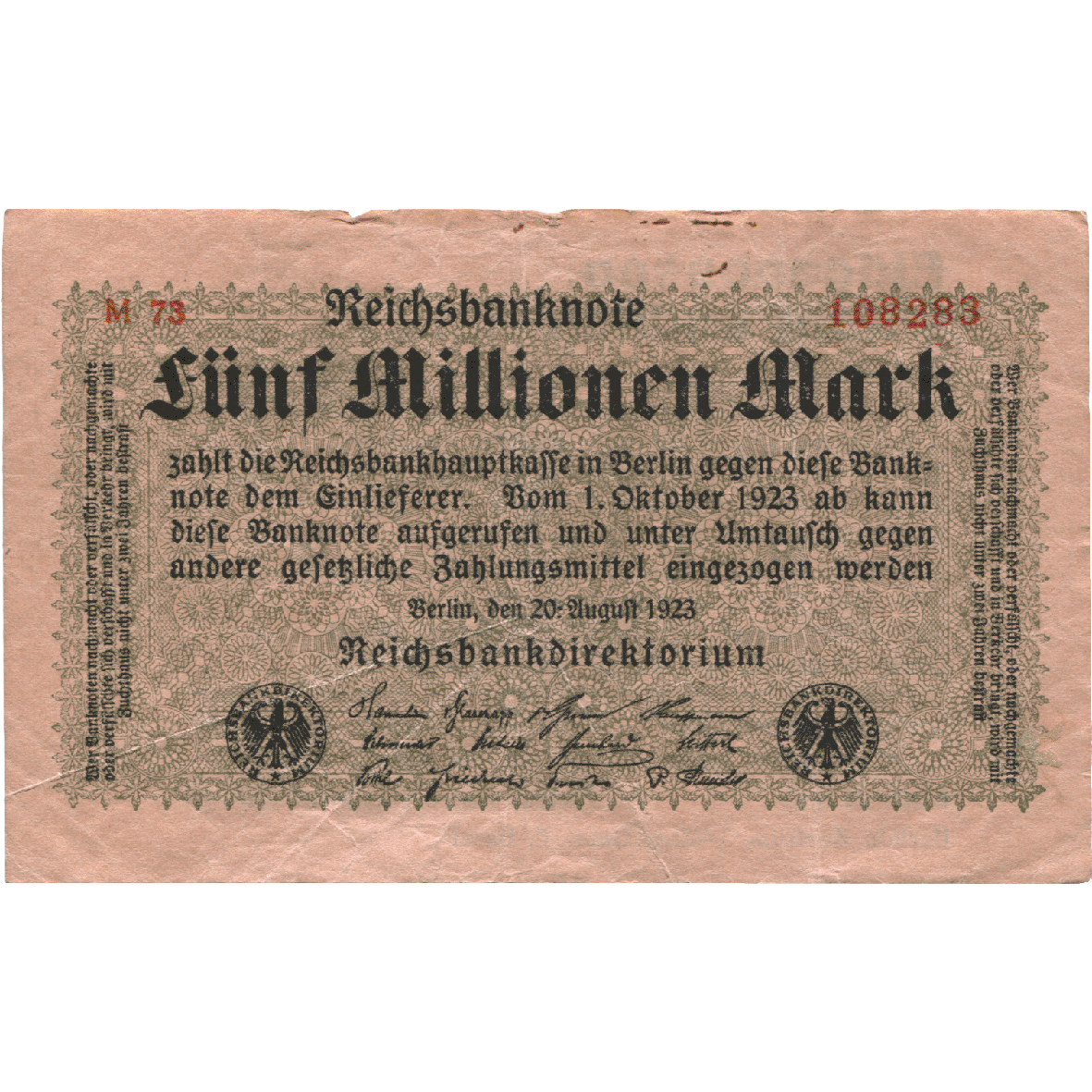 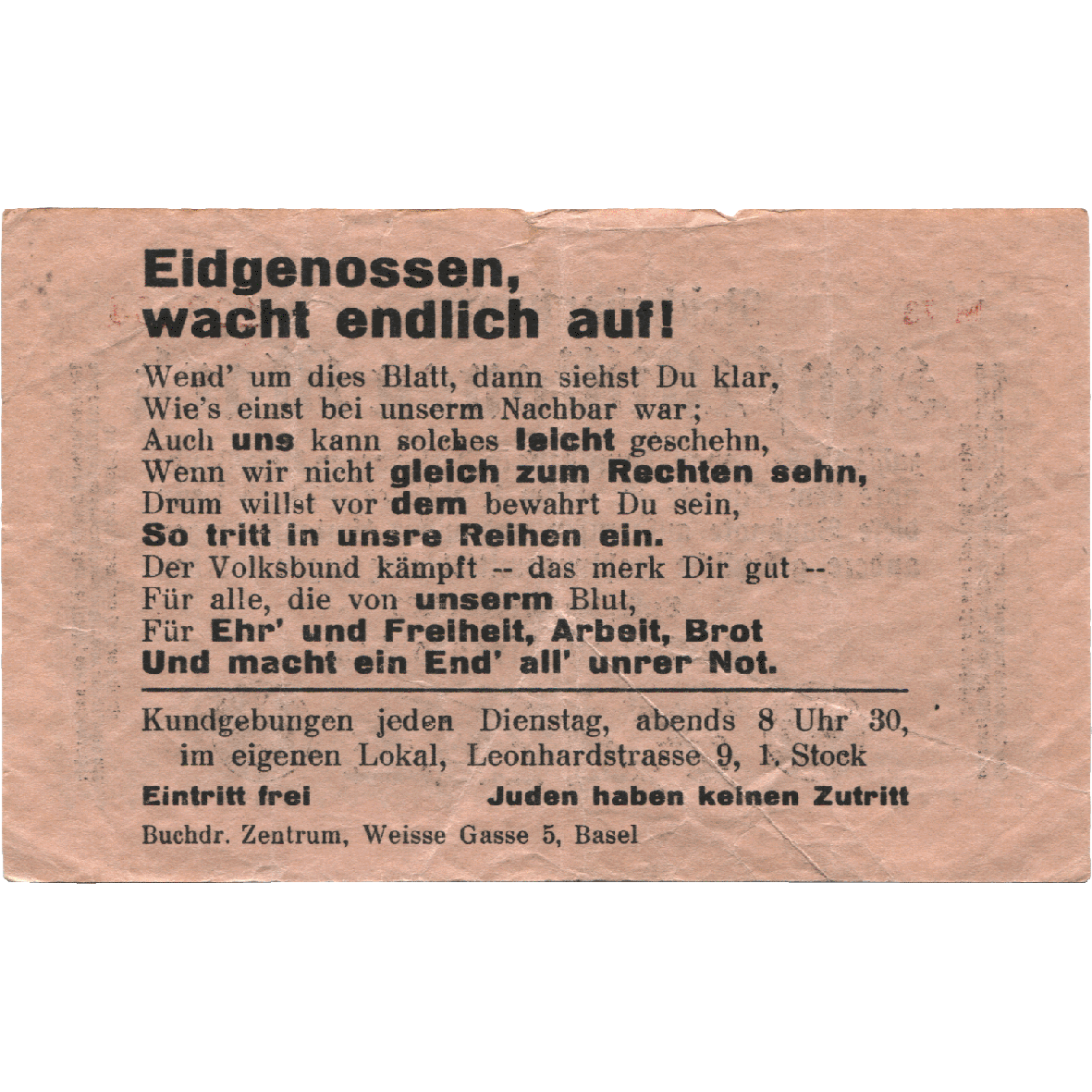 Some people harbored far right viewpoints in the 1930s in Switzerland, too. They gathered in the 'Frontenbewegung', the Swiss Fascist movement, where diverse groups with nationalist and völkisch, anticommunist, ant liberal and mostly also anti-Semitic ideologies met. One of these right wing groups was the Volksbund, later known as the National Socialist Swiss Workers' Party NSEAP. One of the party goals was the unification of Switzerland with the German Reich. For its propaganda the Volksbund used old German inflation banknotes from the time after the First World War. The old bills were printed with nationalistic propaganda and circulated as flyers to draw attention to Volksbund events. The ideology was immediately clear from the note that 'Jews would not be allowed in'.