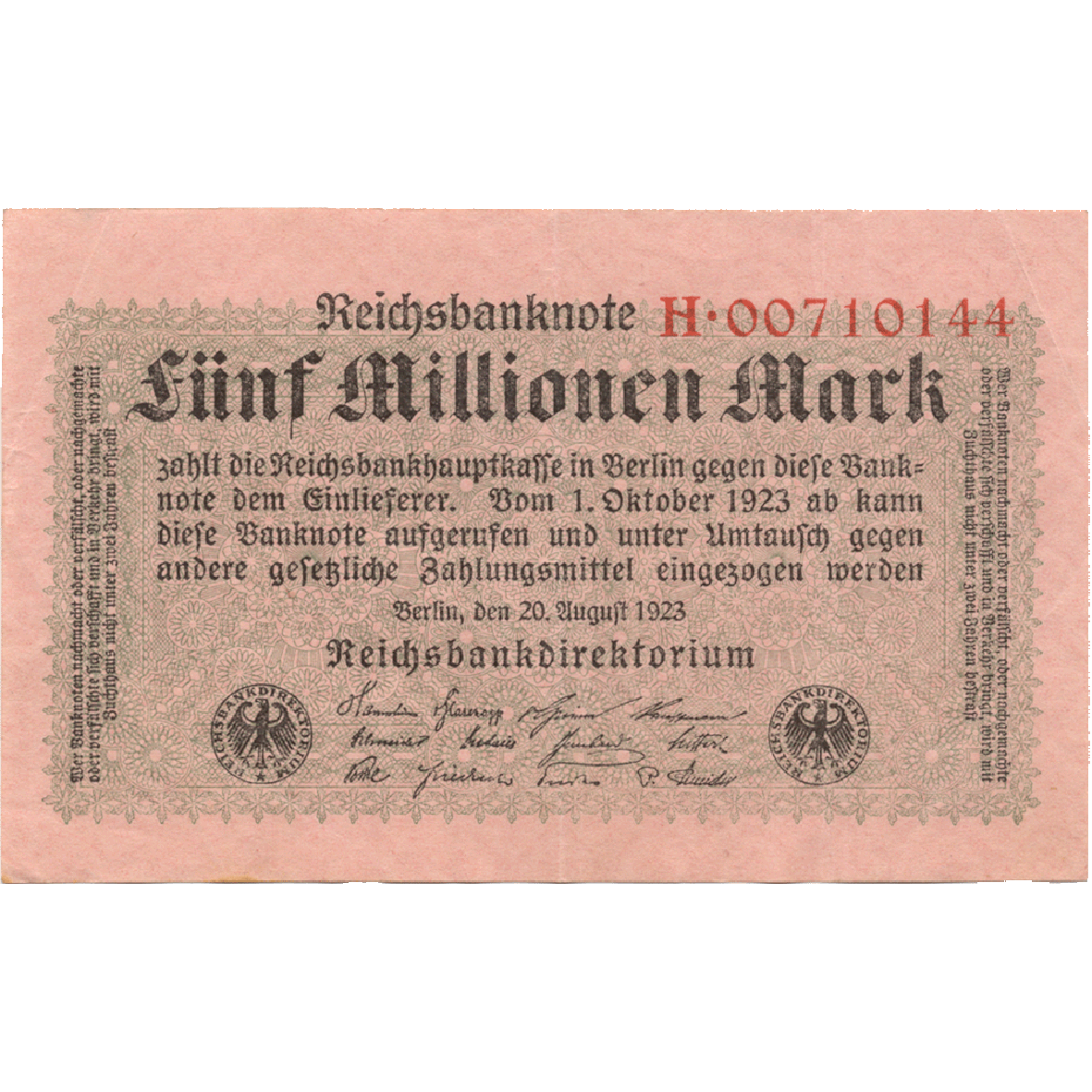 Between 1913 and 1918, the amount of money in circulation – i.e. coins and banknotes – quintupled: at the end of 1918 it amounted to 33 billion marks, whereas in 1913 only 6,6 billion marks had been in circulation. The range of goods could not keep up with the increase of money, which resulted in a drastic raise of prices. In fact, the German government tried to set maximum prices for certain edibles; but inflation could not be stopped. During the war, wholesale prices doubled, and consumer prices even tripled.