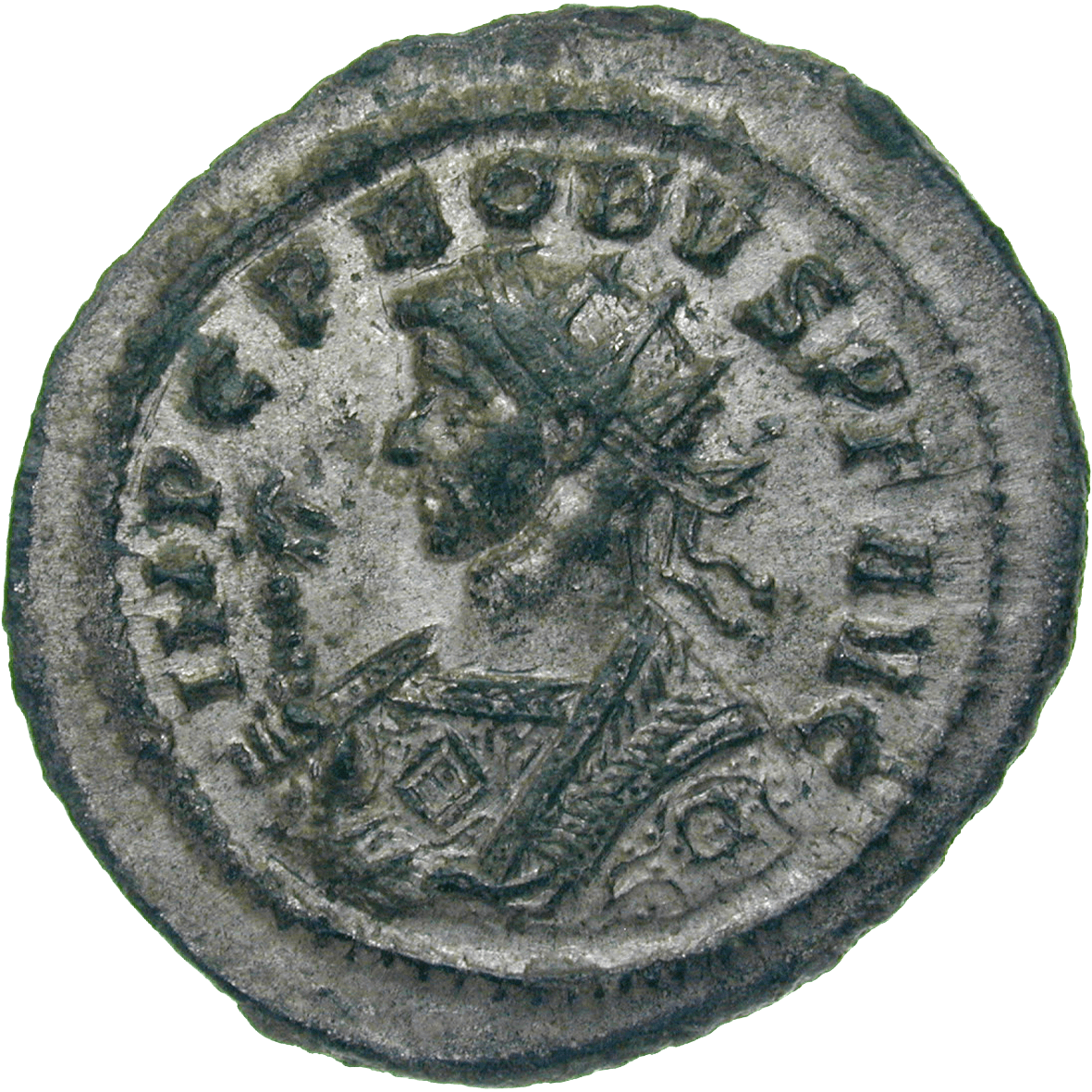 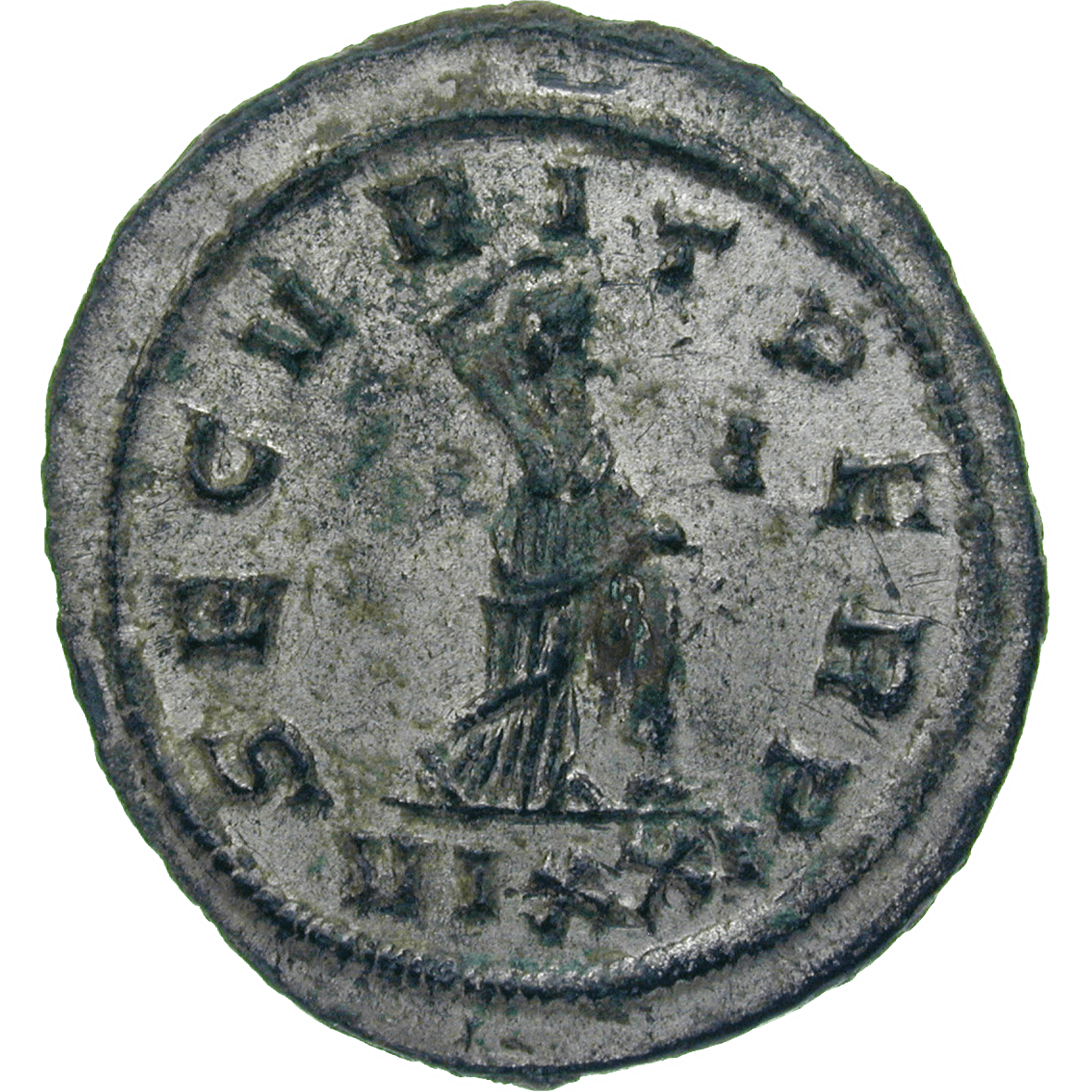 One would not think that the 3rd century was a time in which anybody was keen to ascend to the Roman throne. The Empire was in a grave crisis. In the fifty years between 235 and 285, no less than thirty emperors sat on the throne. Some of them remained in power for only a few weeks. Others, like Emperor Probus (276-282), the issuer of this coin, for some years.

At that time the antoninianus gradually replaced the debased denarius from circulation. Since its introduction in 214, the anoninianus had badly deteriorated as well, however. Its weight had dropped from 5 to about 3.5 grams, its silver content from about 33 percent to some 5 percent. In other words: the anoninianus was a mere copper coin with a thin silver layer.