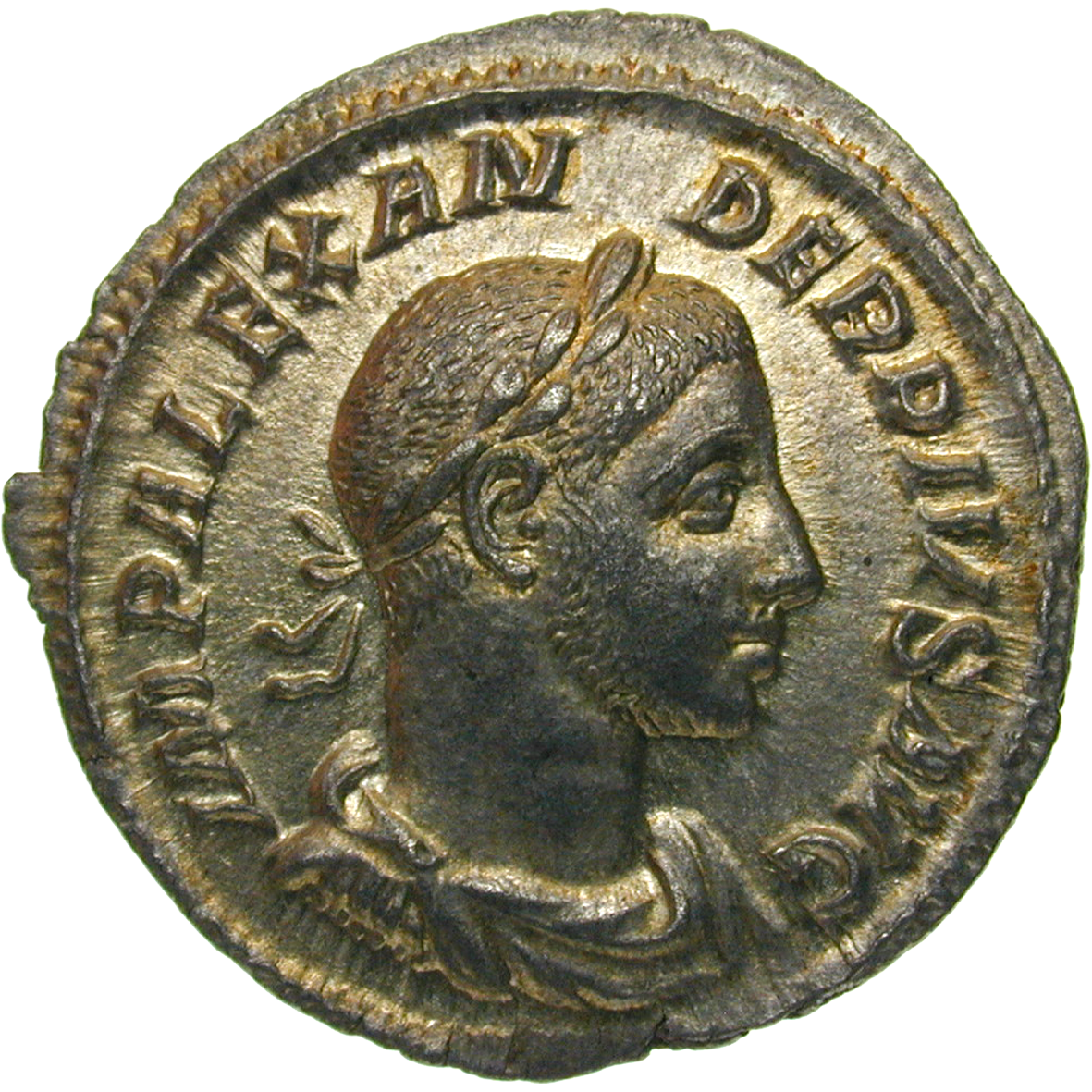 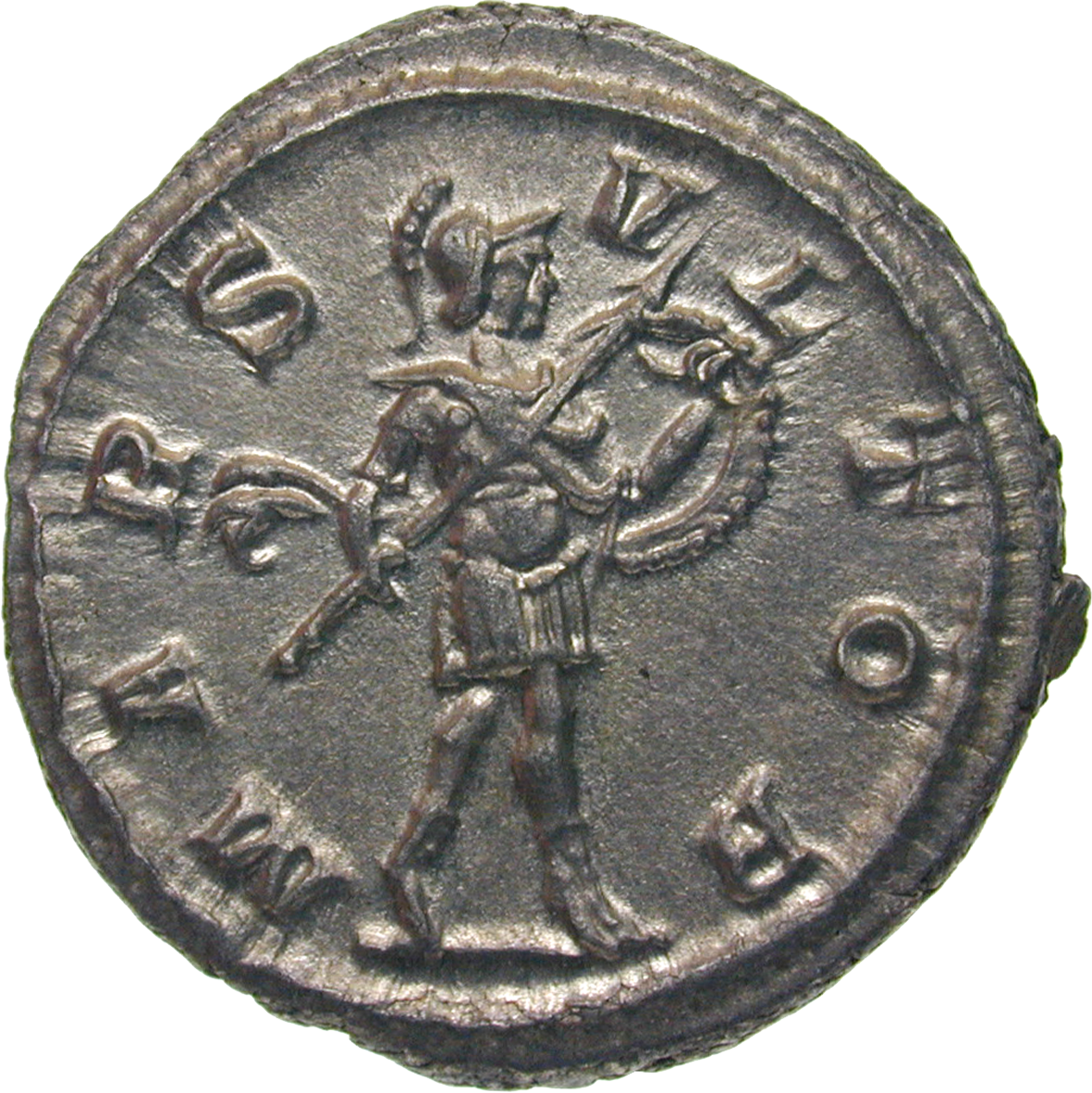 Severus Alexander was emperor of Rome from 222 to 235 AD. At the age of fourteen he succeeded his cousin, Emperor Elagabalus, who had been murdered together with his mother by his own guards.

Severus Alexander fared no better. He, too, stood under the influence of his mother Julia Mamaea, who effectively held the power in her hands. Their short peace time reign was prosperous. However, after the outbreak of the wars against the Sassanids and subsequently the Germanic tribes, they alienated their soldiers. The legionaries mutinied and assassinated both the emperor and his mother.

With the death of Severus Alexander, the Severan dynasty came to an end. The time of the Barracks emperors began, and with it nearly fifty years of civil wars, foreign invasion, and collapse of the monetary economy.