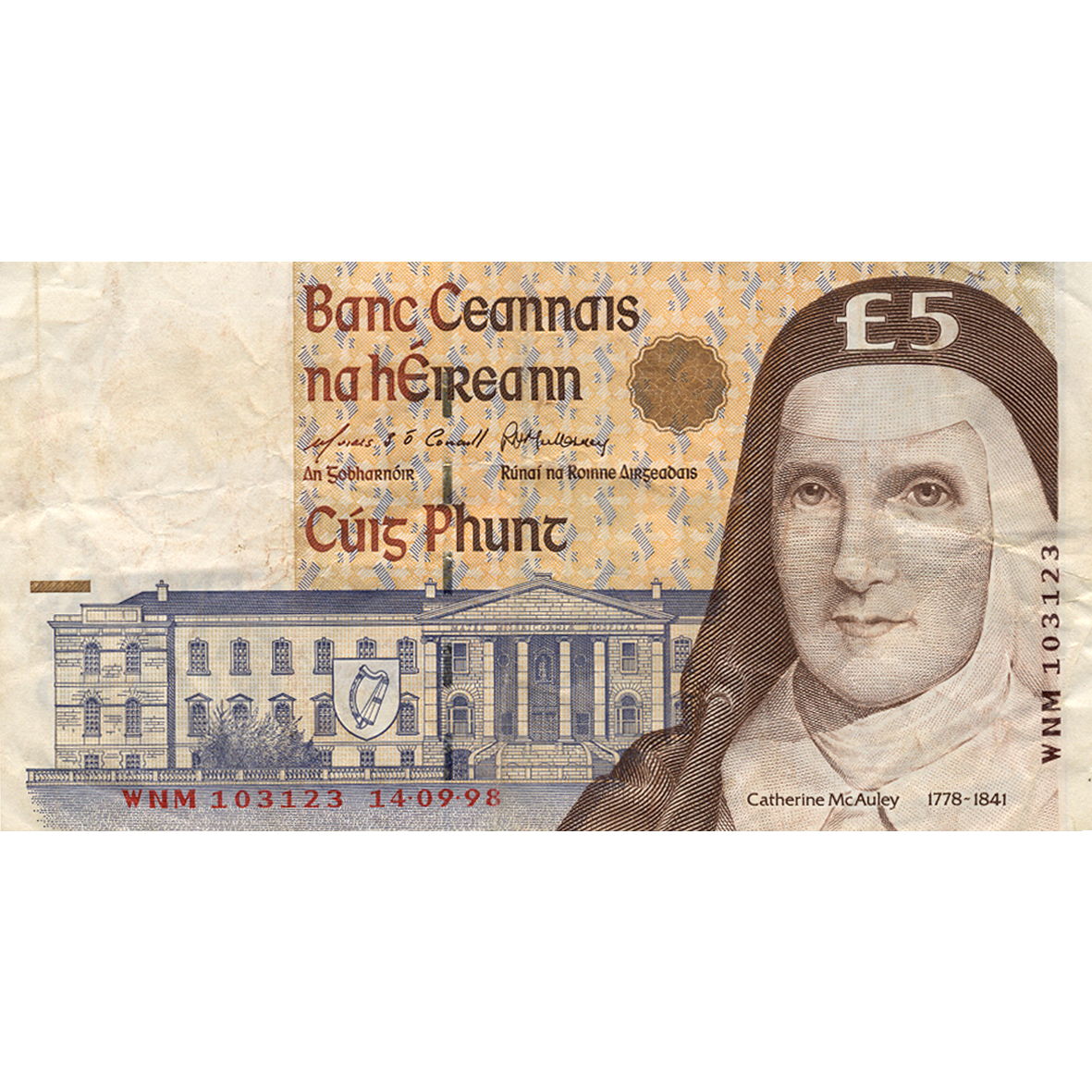 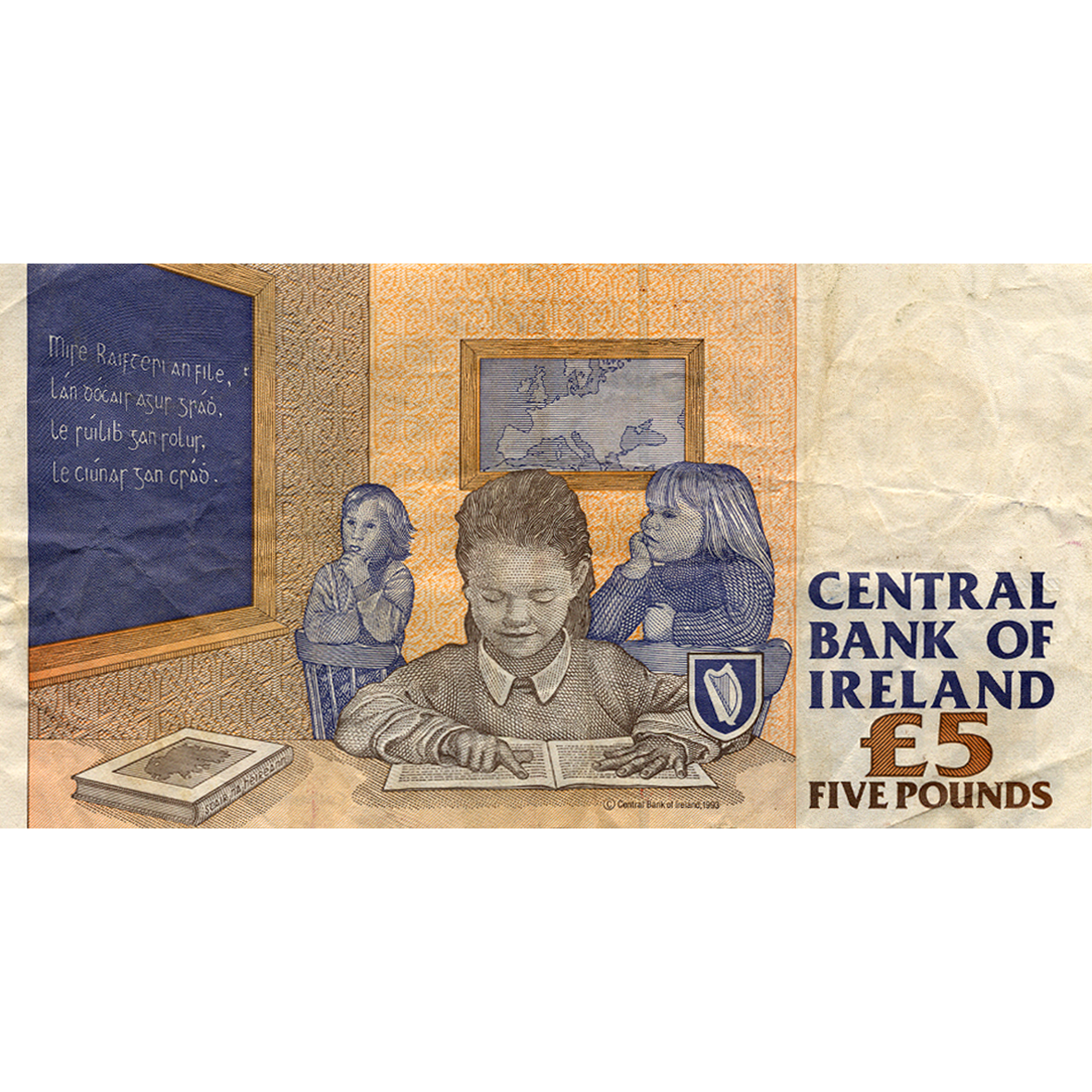 The Irish £5 note was first issued in 1994 and last in 2000. The obverse features Catherine McAuley who founded the Sisters of Mercy, with the Mater Misericordiae Hospital in Dublin in the background. The venerable Mother Catherine McAuley was an Irish nun who founded the Sisters of Mercy in 1831. The reverse features three girls in a classroom. The first verse of the poem "Mise Raifteri an File" is written on the blackboard in Gaelic script. A map of Europe, without poltical boundaries, is hanging on the wall. The Irish pound was the currency of the Republic of Ireland until 2002. It was superseded by the euro in January 2002.