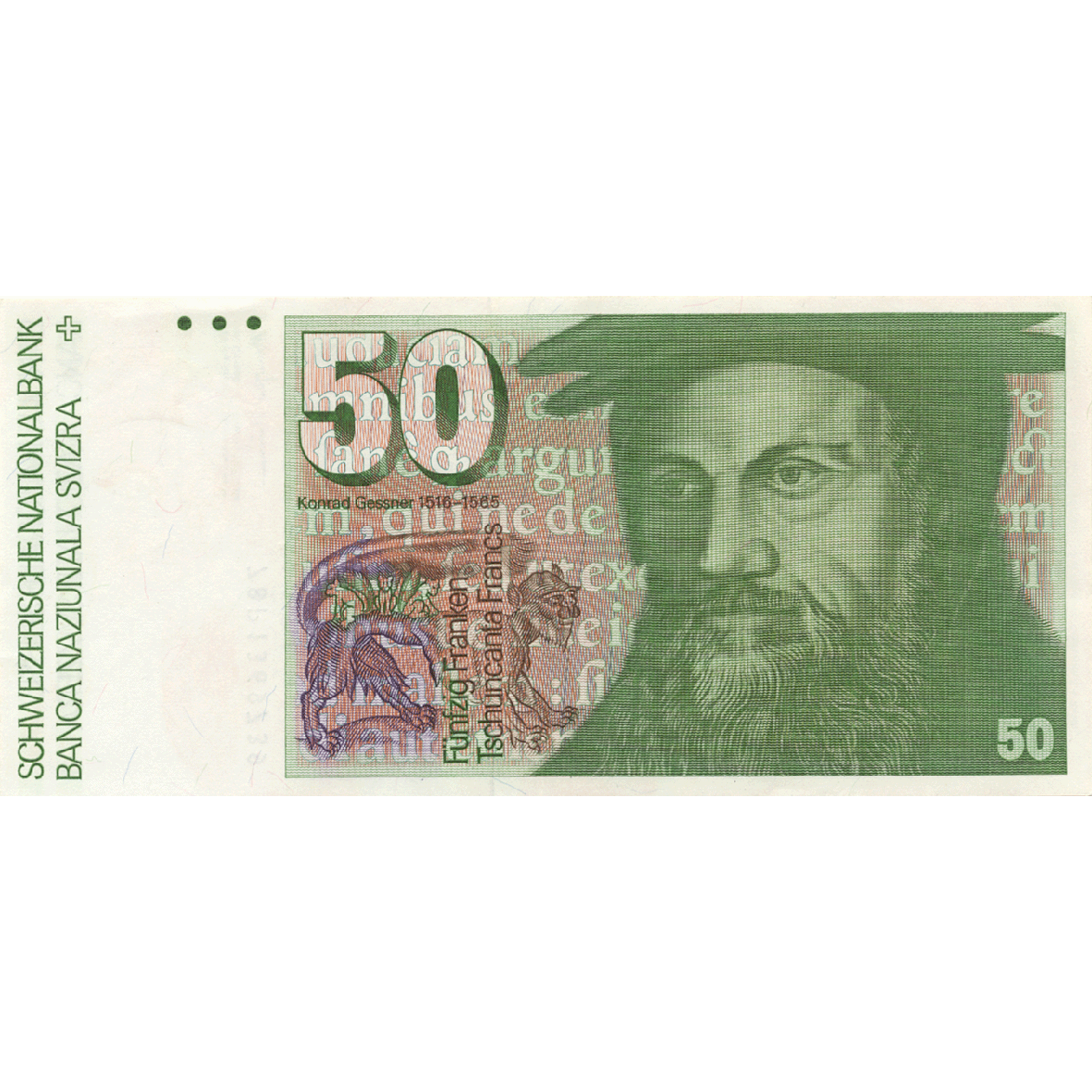 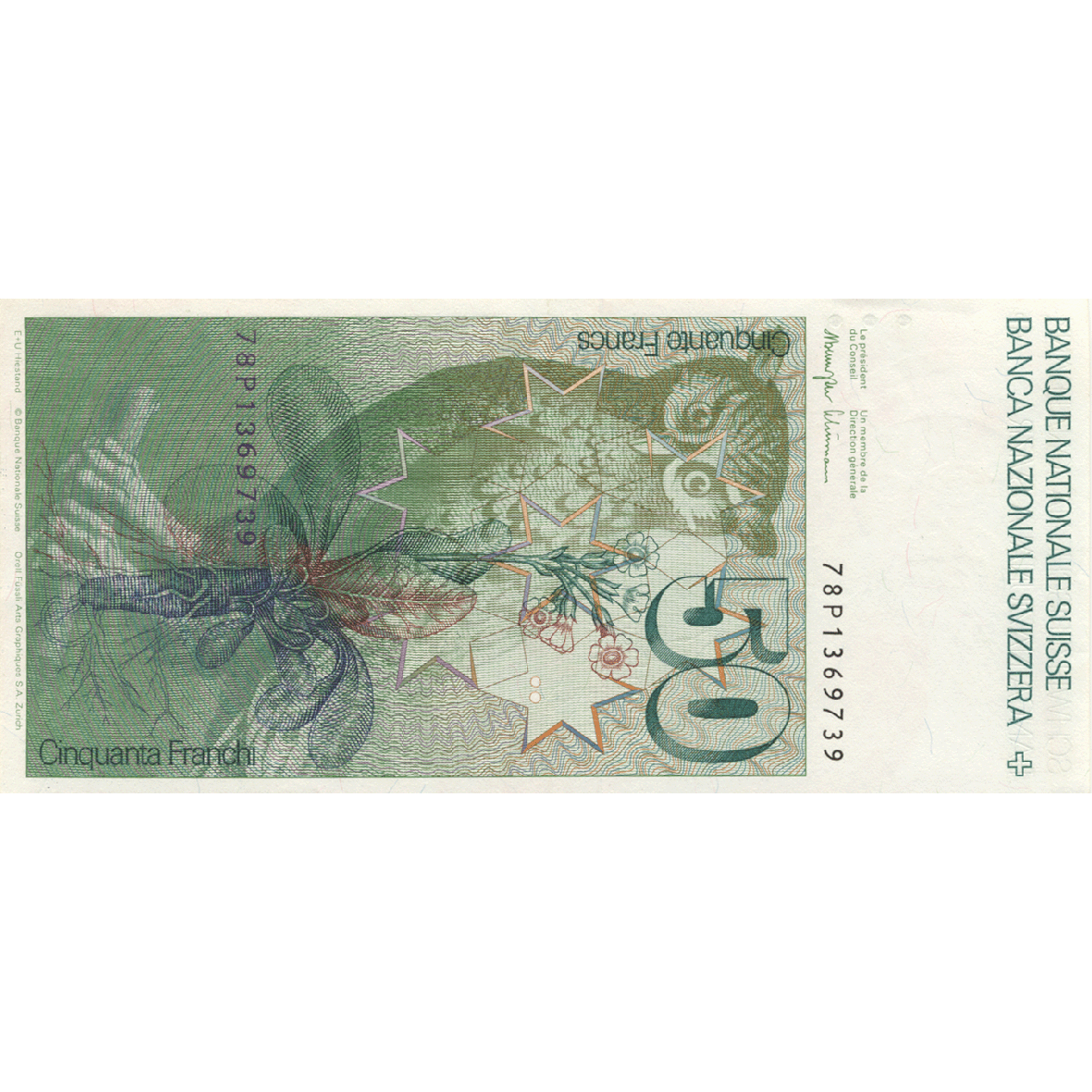 When the National Bank set to work in 1907, it had the higher banknotes from 50 francs upward printed in the United Kingdom. The 5- and 20-francs notes were produced at Orell Füssli in Zurich. The 6th series, which was circulated in 1976, was printed entirely in Switzerland.

This 50-franc note belongs to that series. It was designed by Ursula and Ernst Hiestand and shows the portrait of the universal scientist Conrad Gessner, who has been called the greatest naturalist of his time, 'the father of bibliography' and the 'father of zoology.'