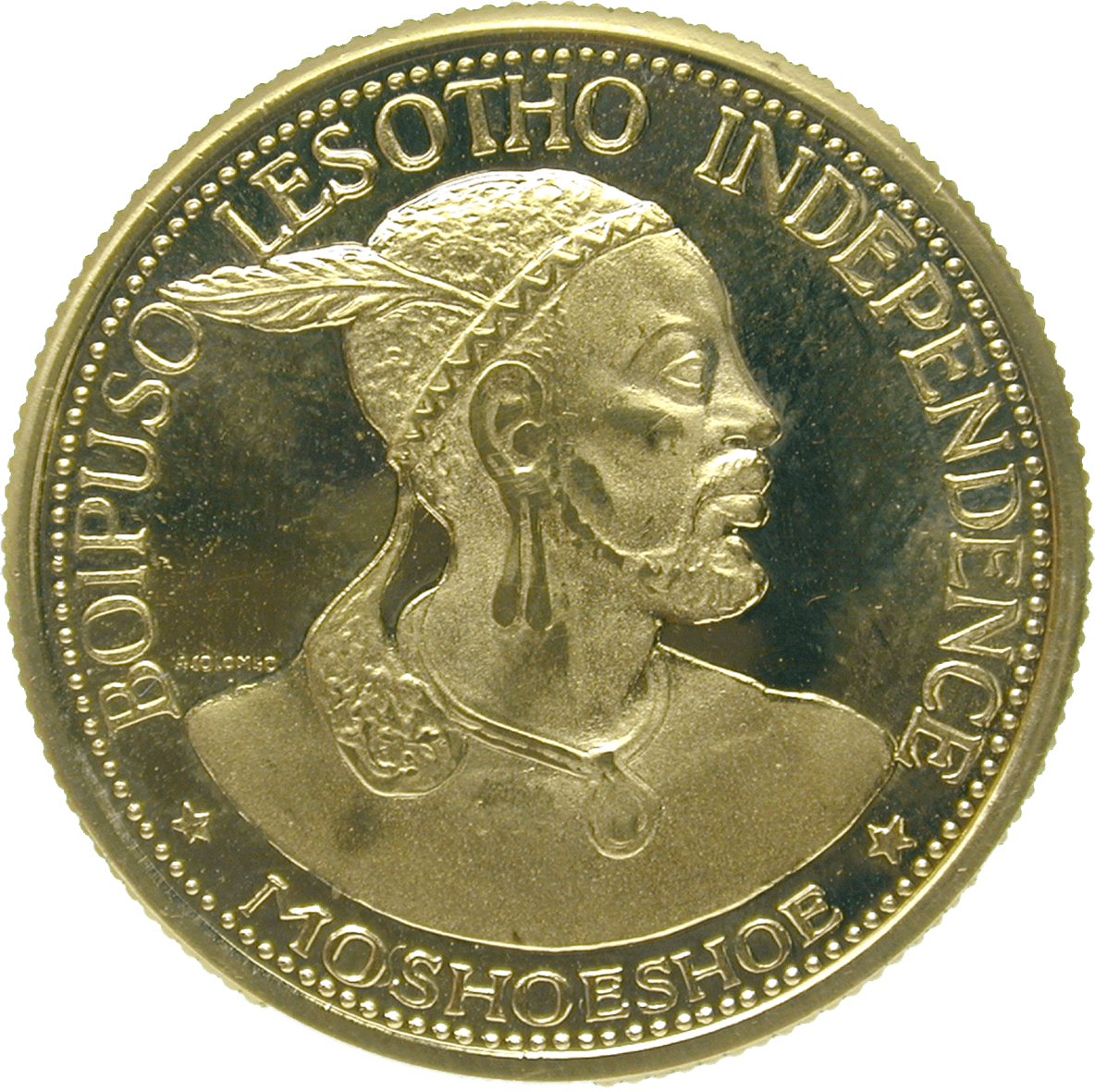 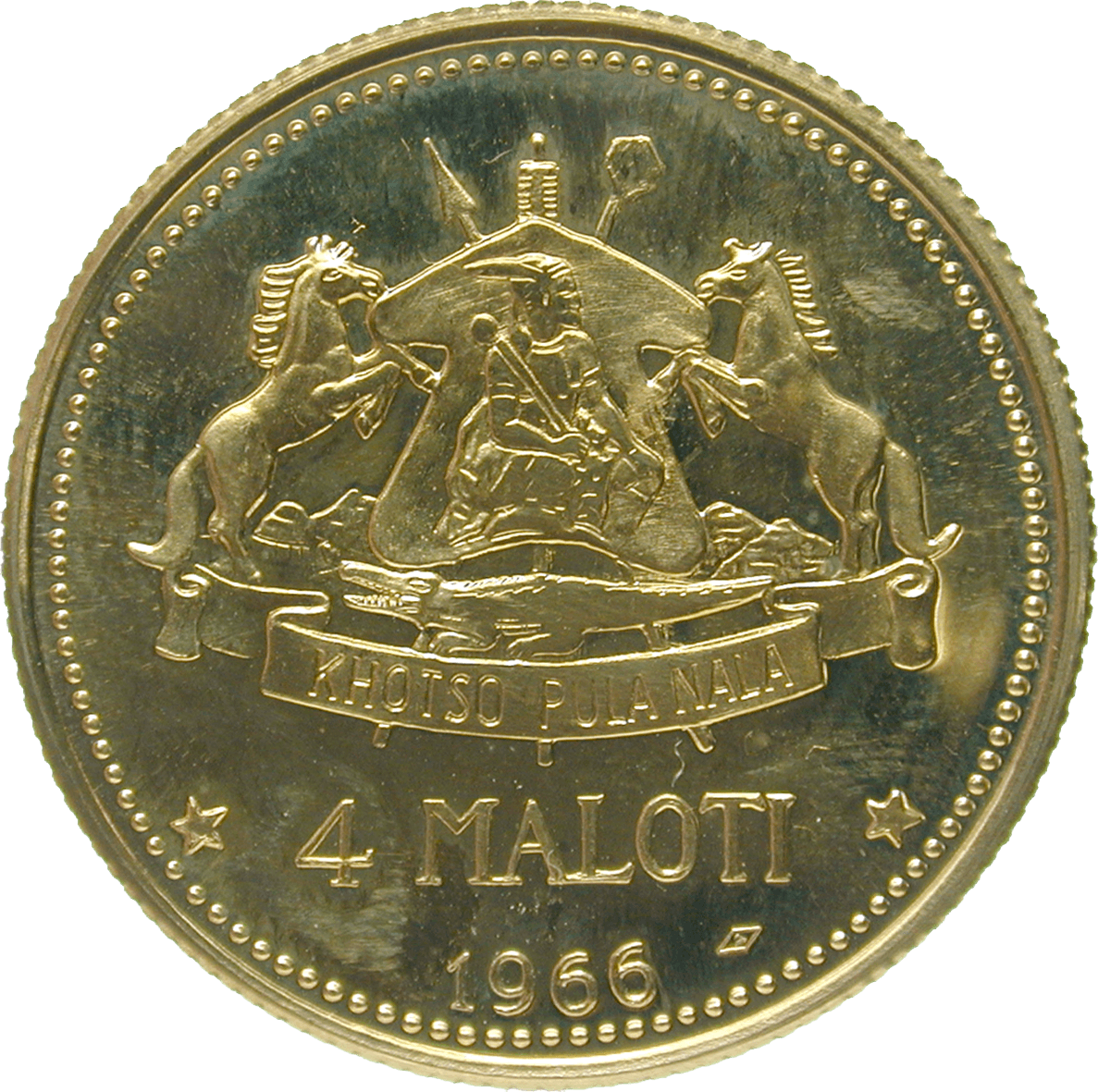 Lesotho is also called the "Mountain Kingdom" or the "Kingdom of the Sky." That says much about this enclave of South Africa with its 2 million people. Formerly called Basutoland, it was renamed into Kingdom of Lesotho upon its independence from Great Britain in 1966. King Moshoeshoe II (1966-1996), who is depicted on this coin, experienced a changeful reign. He was deposed twice, yet always managed to gain back power again. In 1996, he was killed in a car accident, and was succeeded by his son Letsie III. The reverse of our coin shows the coat of arms of Lesotho, together with a banner saying KHOTSO, PULA, NALA – Peace, Rain, Prosperity.