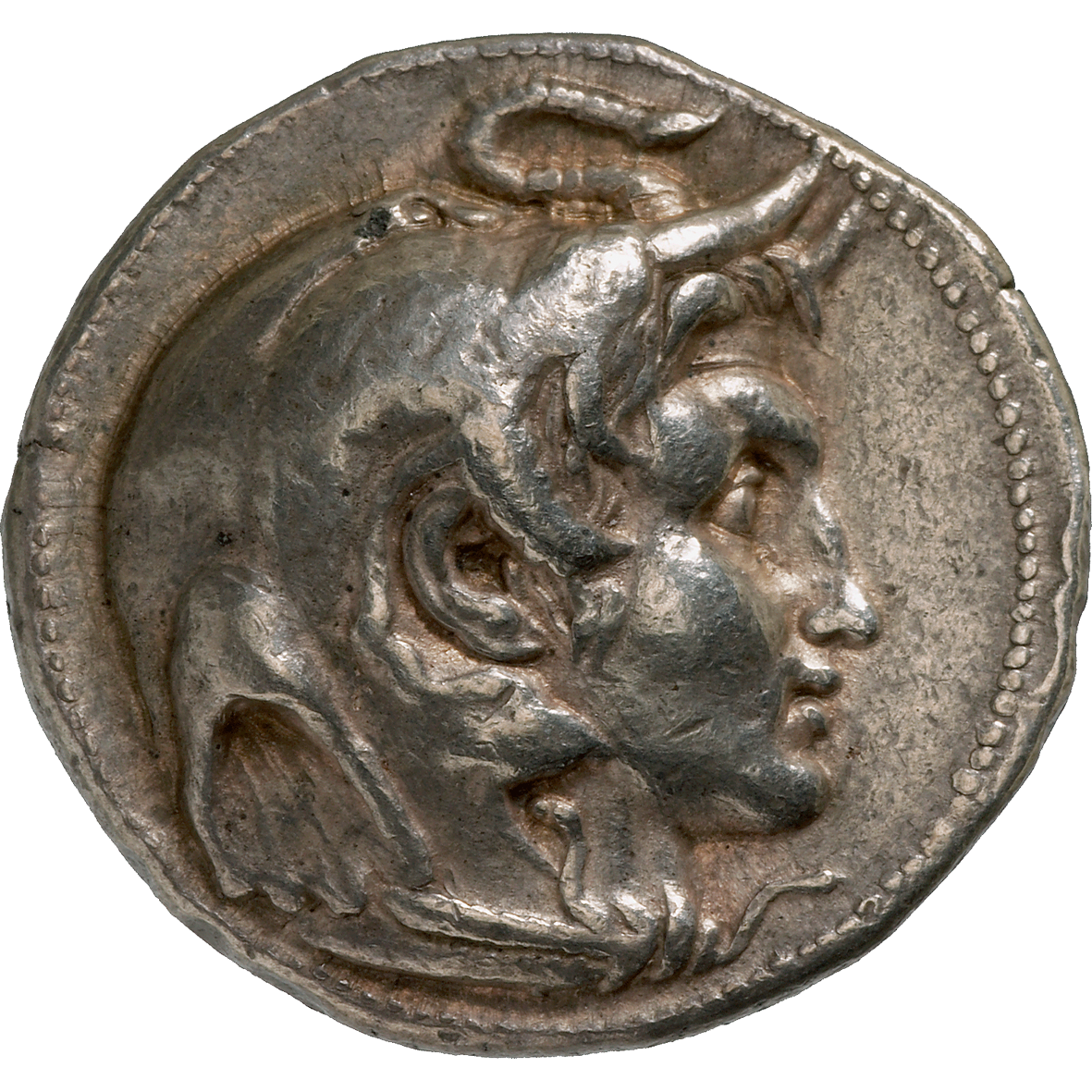 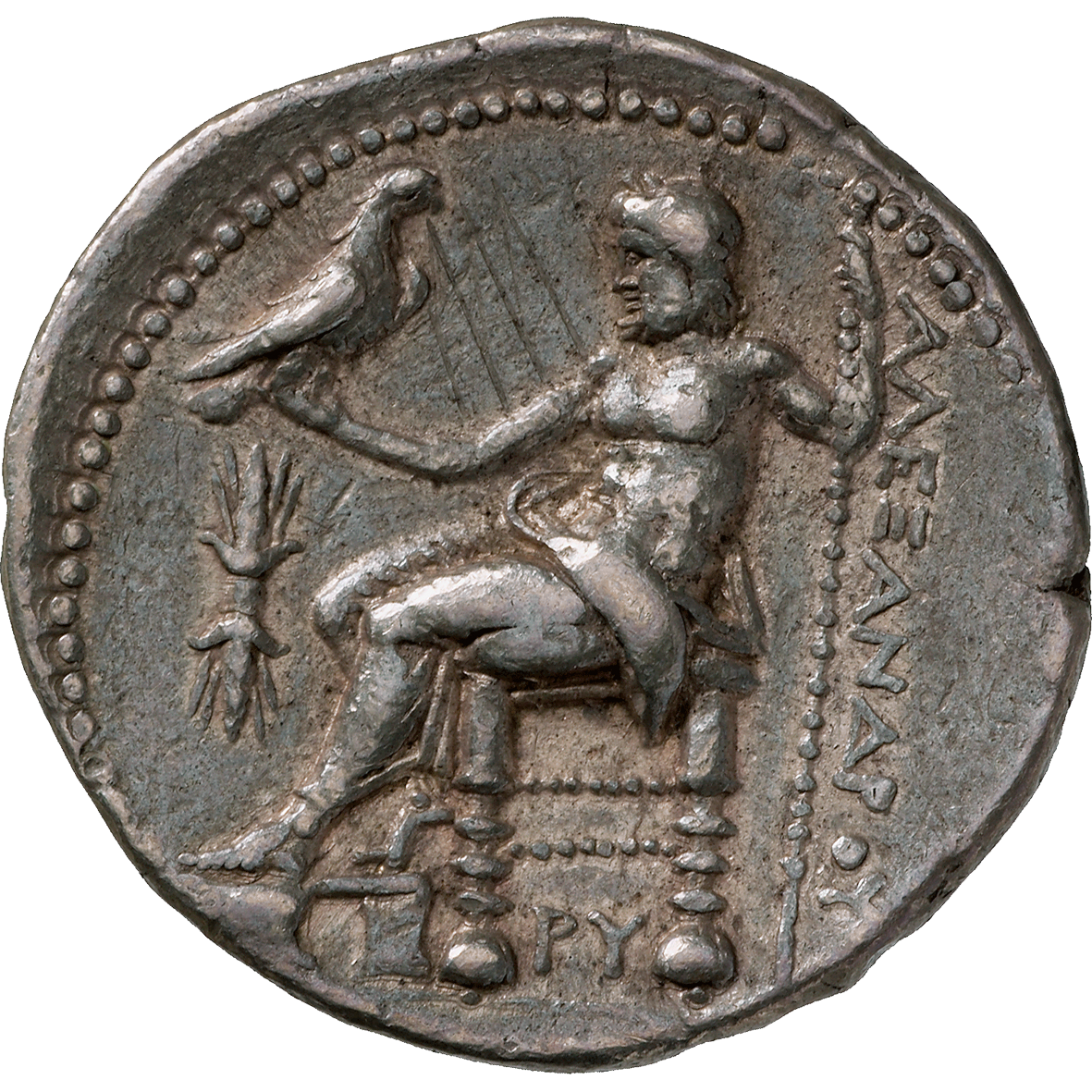 This tetradrachm was issued under the administration of Ptolemy I (323-318 BC) after the death of Alexander the Great in 323 BC. It depicts one of the most beautiful, actually realistic portraits of Alexander, and thus marks an important turning point in coinage as well as the history of art and in politics: until then a real portrait with individual traits had been unthinkable in the Western world. Only gods, or kings with the attributes of deities – like Alexander in the guise of Heracles – had hitherto been possible as motifs on coins.

Here, however, we see Alexander drawn from live as conqueror of India – the symbol for that the elephant scalp with tusks and a craning trunk on his head. The reverse bears Zeus, the father of the gods, with his eagle.