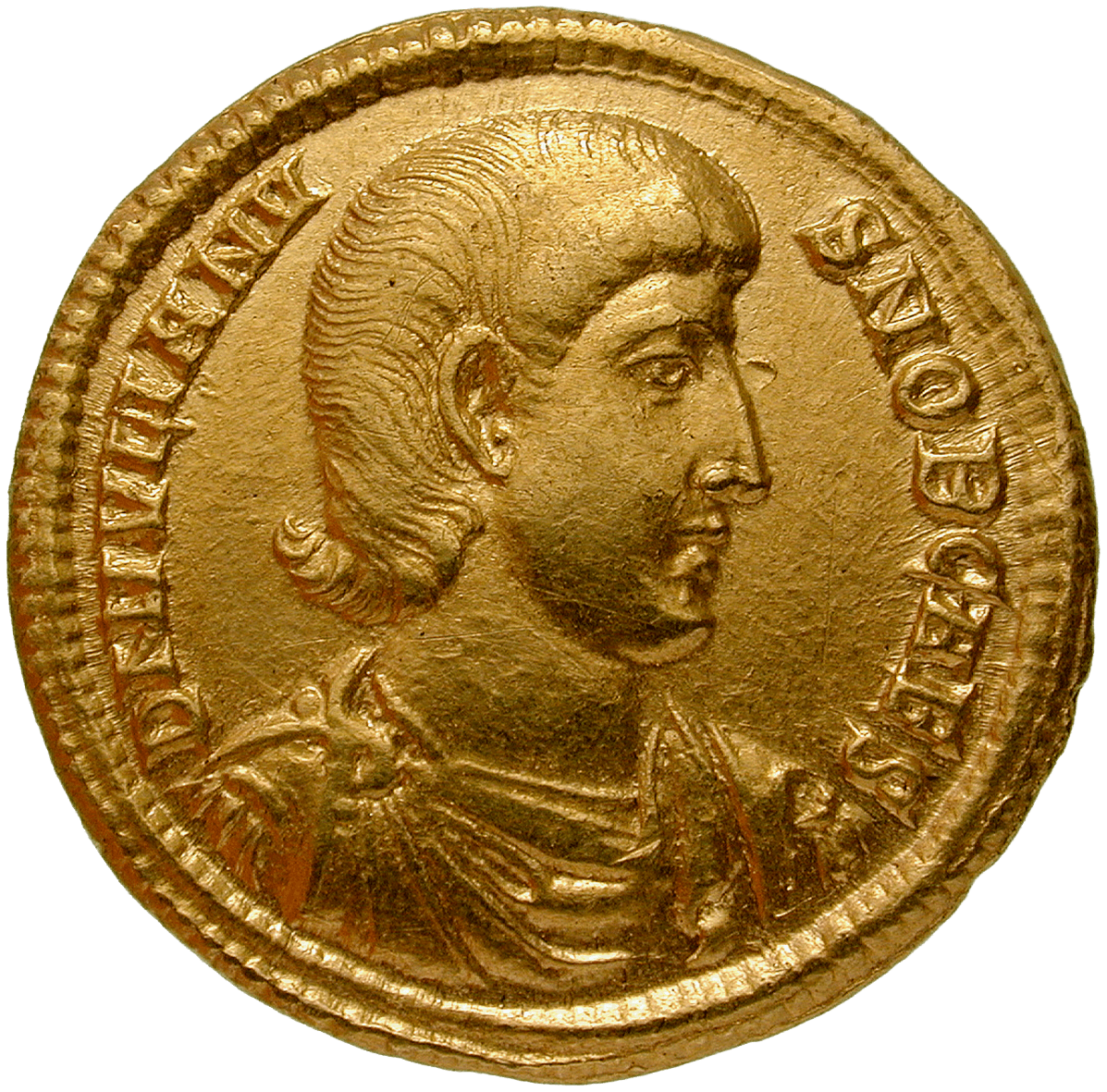 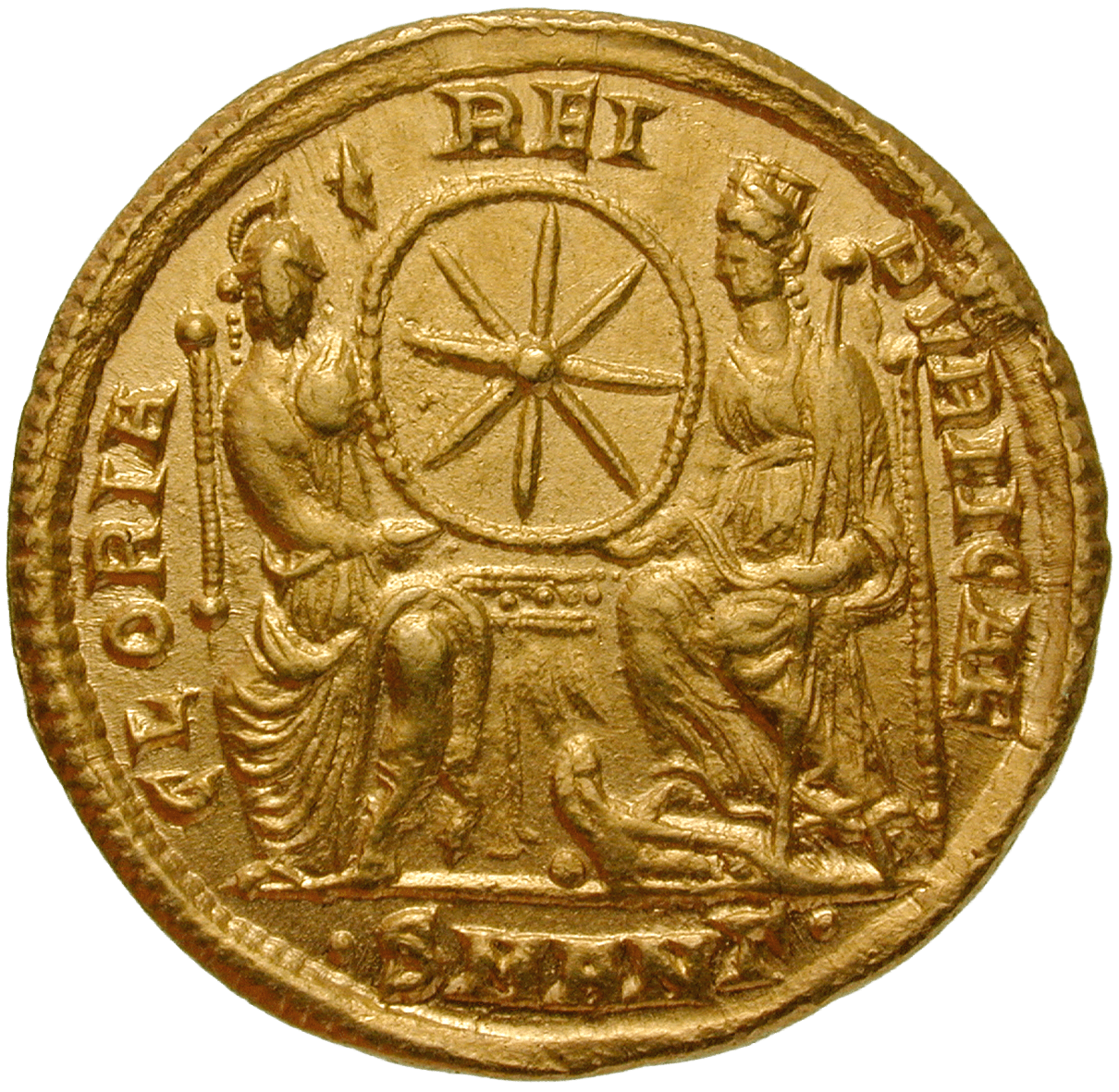 In November 355, Emperor Constantius II appointed the then 23 years old Julian as caesar. This solidus dates from that time, as shows the inscription on the obverse of the coin. After Constantius' death in 361, Julian was appointed Augustus and thus emperor of the Roman Empire (until 363).

Later Christian historians gave Julian the somewhat unflattering nickname "the Apostate." In 361, the emperor declared in a public speech his rejection of Christianity, and his return to the traditional Roman and Hellenic religion as well as to the eastern mystery cults. It is thus of little surprise, that occidental historiography has always had great difficulties with this Roman emperor, and that some people take efforts to depict Julian as unfavorably as possible even today.

This solidus depicts Julian II on the obverse. The reverse shows Roma on the left and Constantinople on the right, the personifications of the two cities.