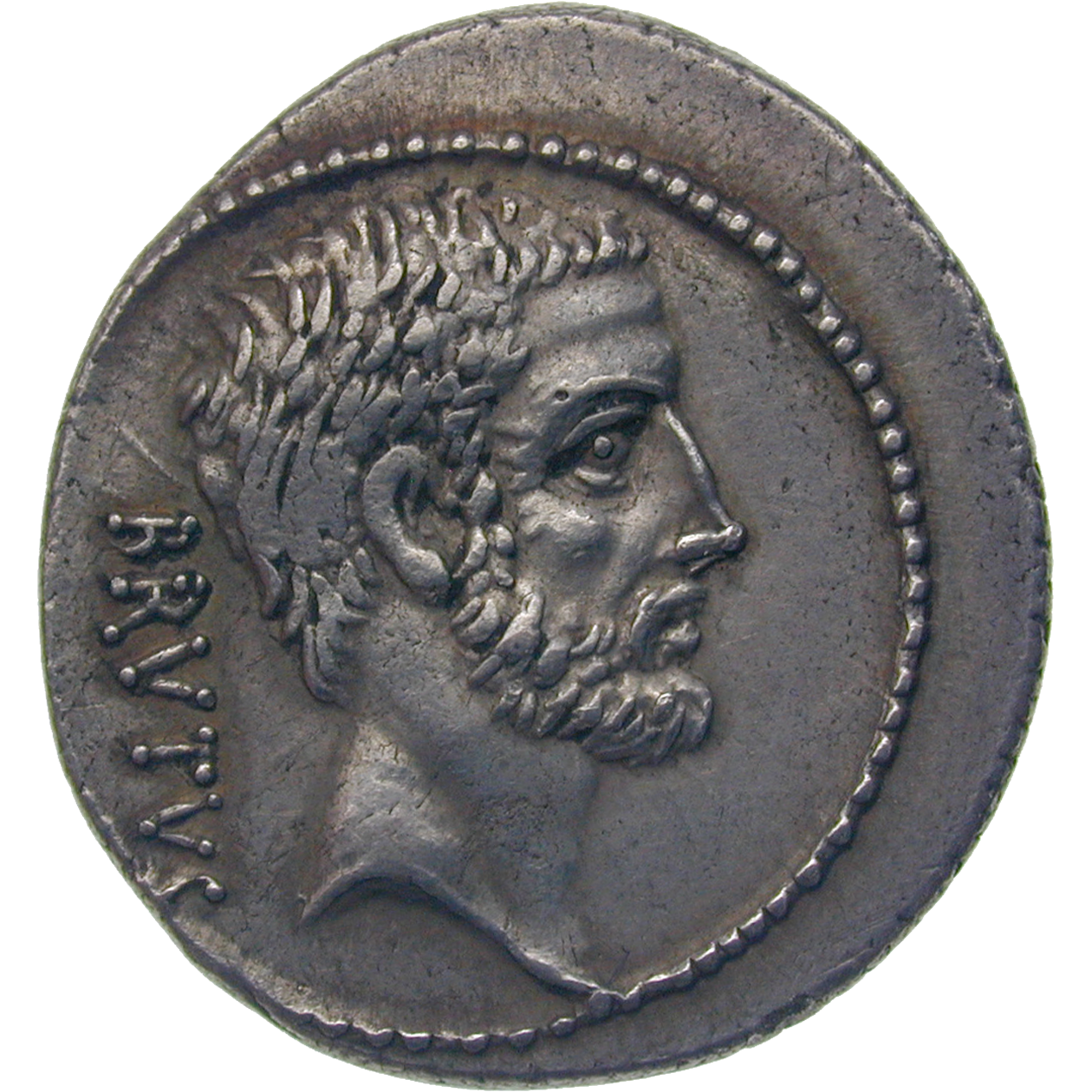 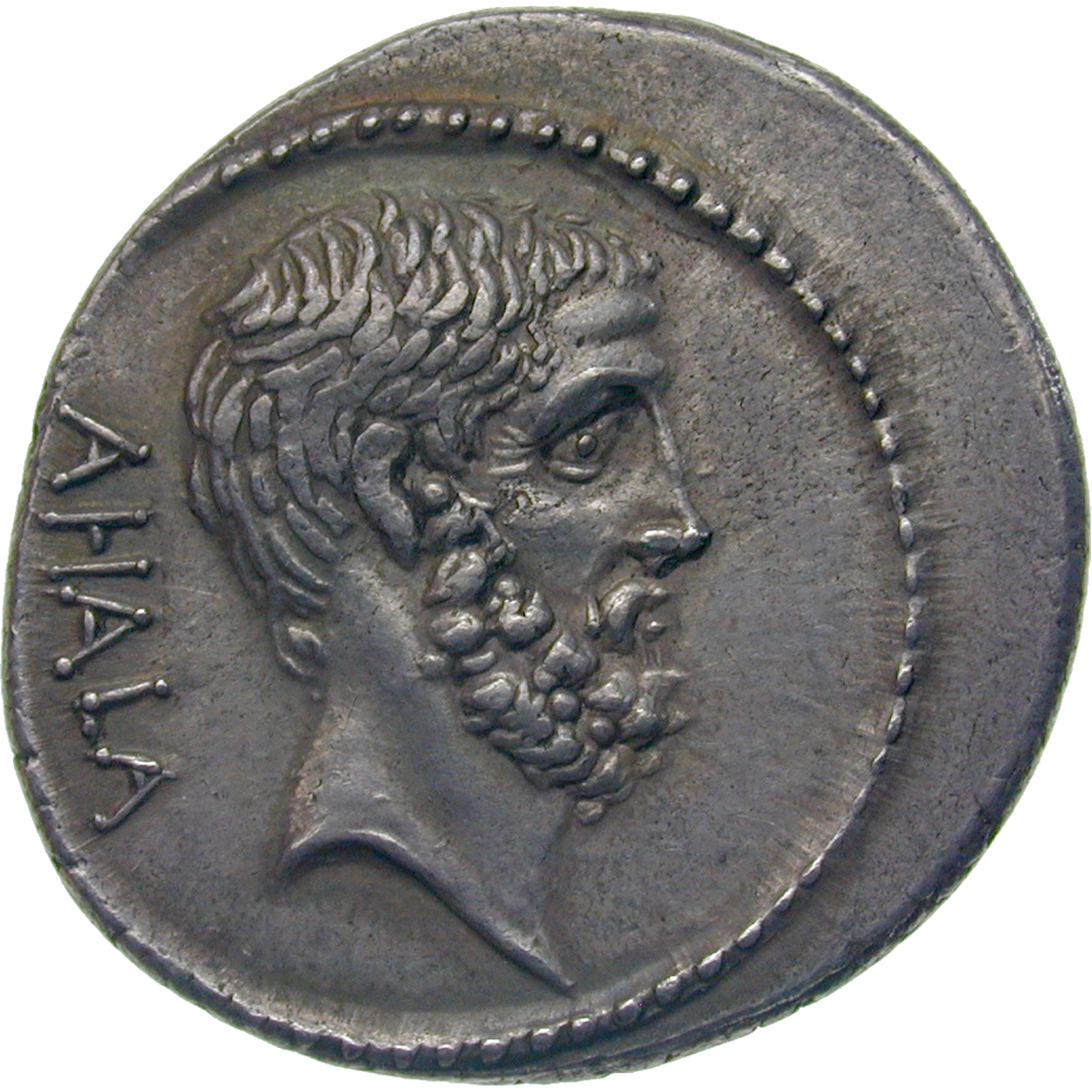 The reverse shows Gaius Servilius Ahala. He was famous for having killed Spurius Maelius, a plotter aiming for tyranny in 439 BC, and thus having saved the republic. The authenticity of both men may be doubted.

At first sight the design on this denarius could be interpreted as family history. The mother of Lucius Junius Brutus had descended from the family of the Servilii and was therefore also an ancestor of Servilius Ahala.

On second sight the design had a contemporary connotation. Lucius Junius Brutus and Gaius Servilius Ahala were known to every Roman for their fight against autarchy and for their rescue of the republic. Our moneyer thus showed his republican attitude. The image was connected to rumors according to which Gnaeus Pompeius Magnus had ambitions for dictatorship in Rome.