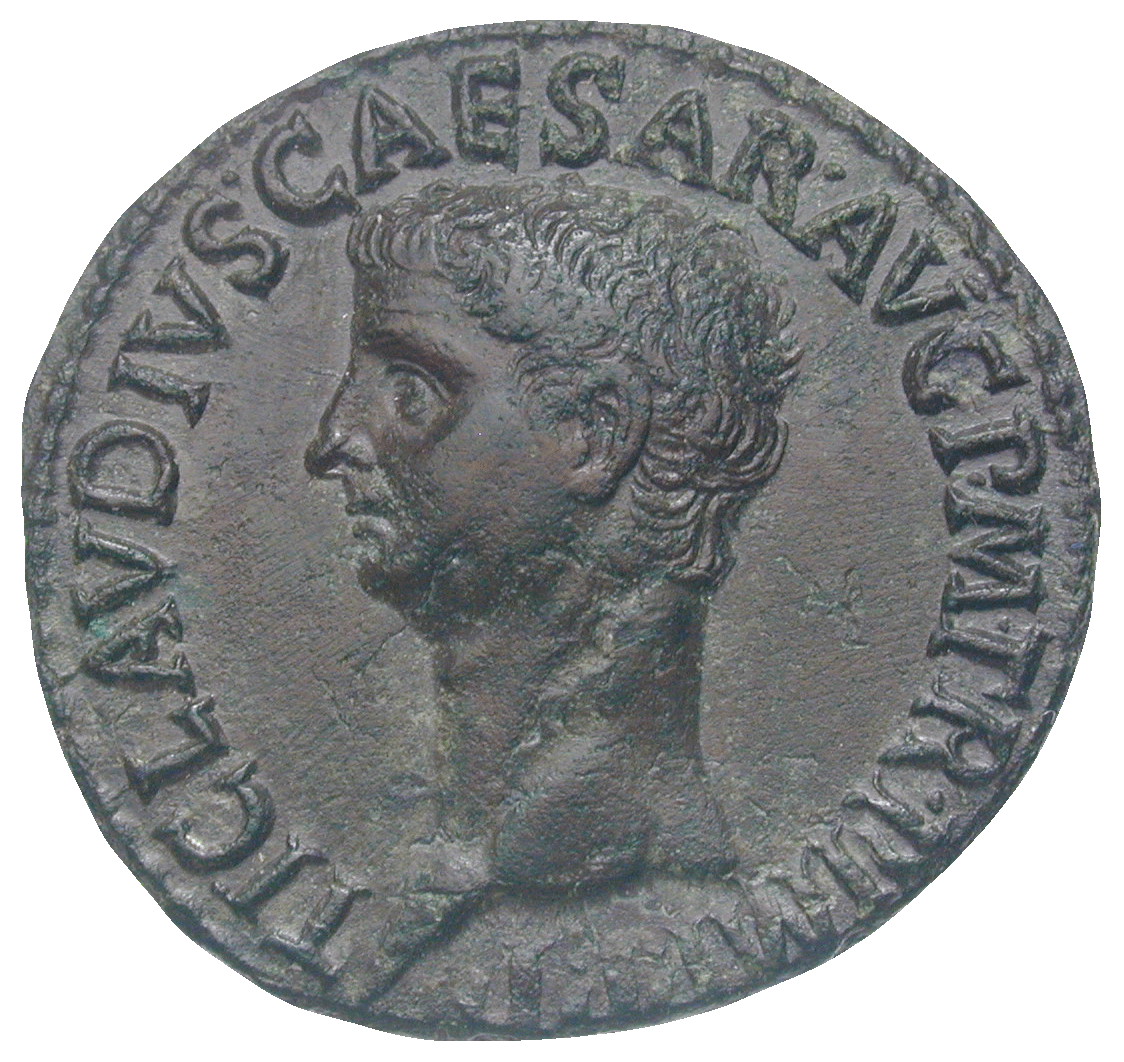 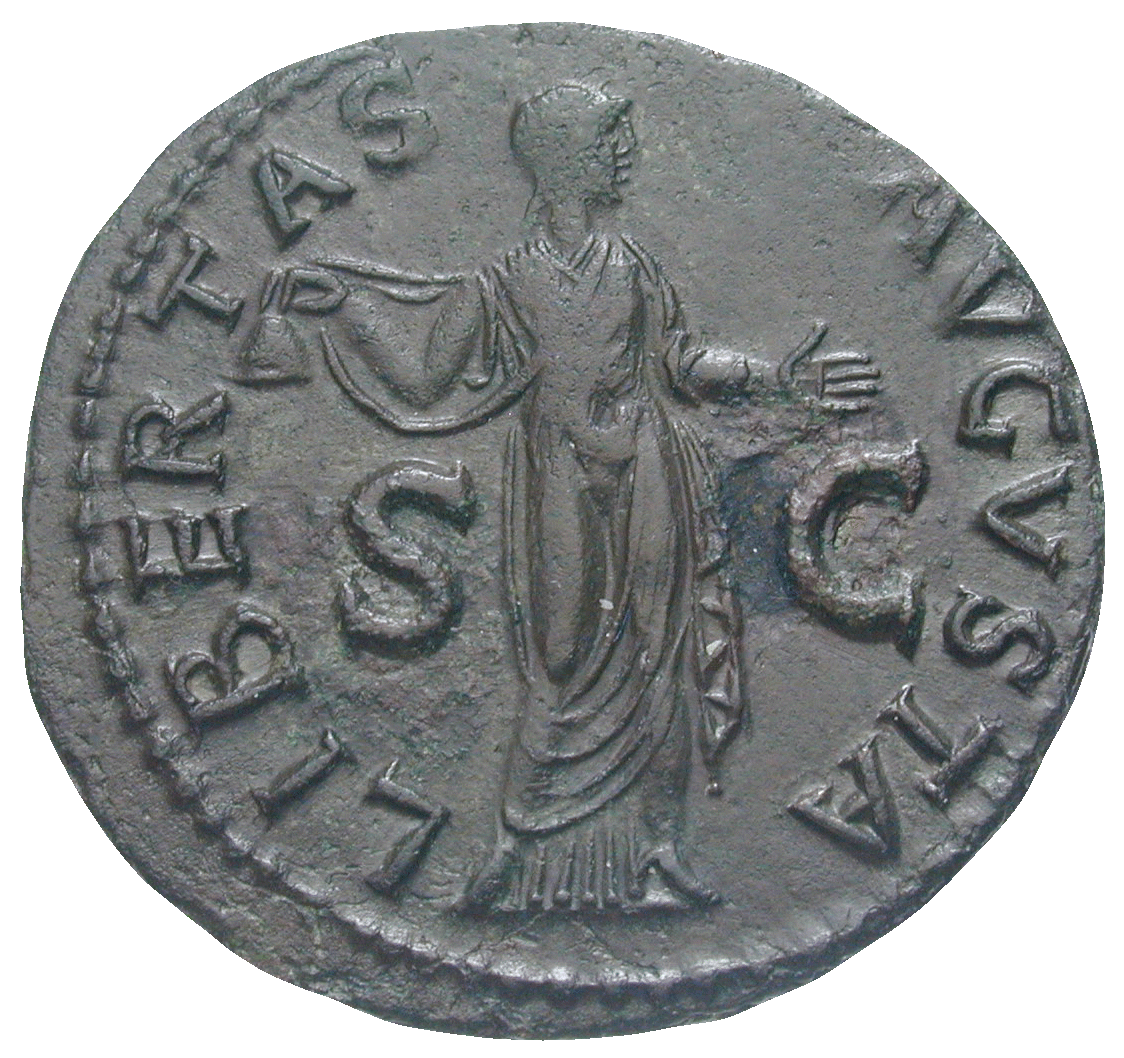 The as was for a long time the primary coin of ancient Rome. In the time of the empire it always bore the ruler's portrait on the obverse. The reverse featured the letters SC for 'Senatus Consulto,' 'by decree of the Senate'.

This as was struck at the time of Emperor Claudius (41-54). The portrait emphasizes the imperatorial virtues – decisiveness, dignity, self-discipline and constancy. The reverse shows Libertas, the goddess of liberty carrying a pileus, a liberty cap.