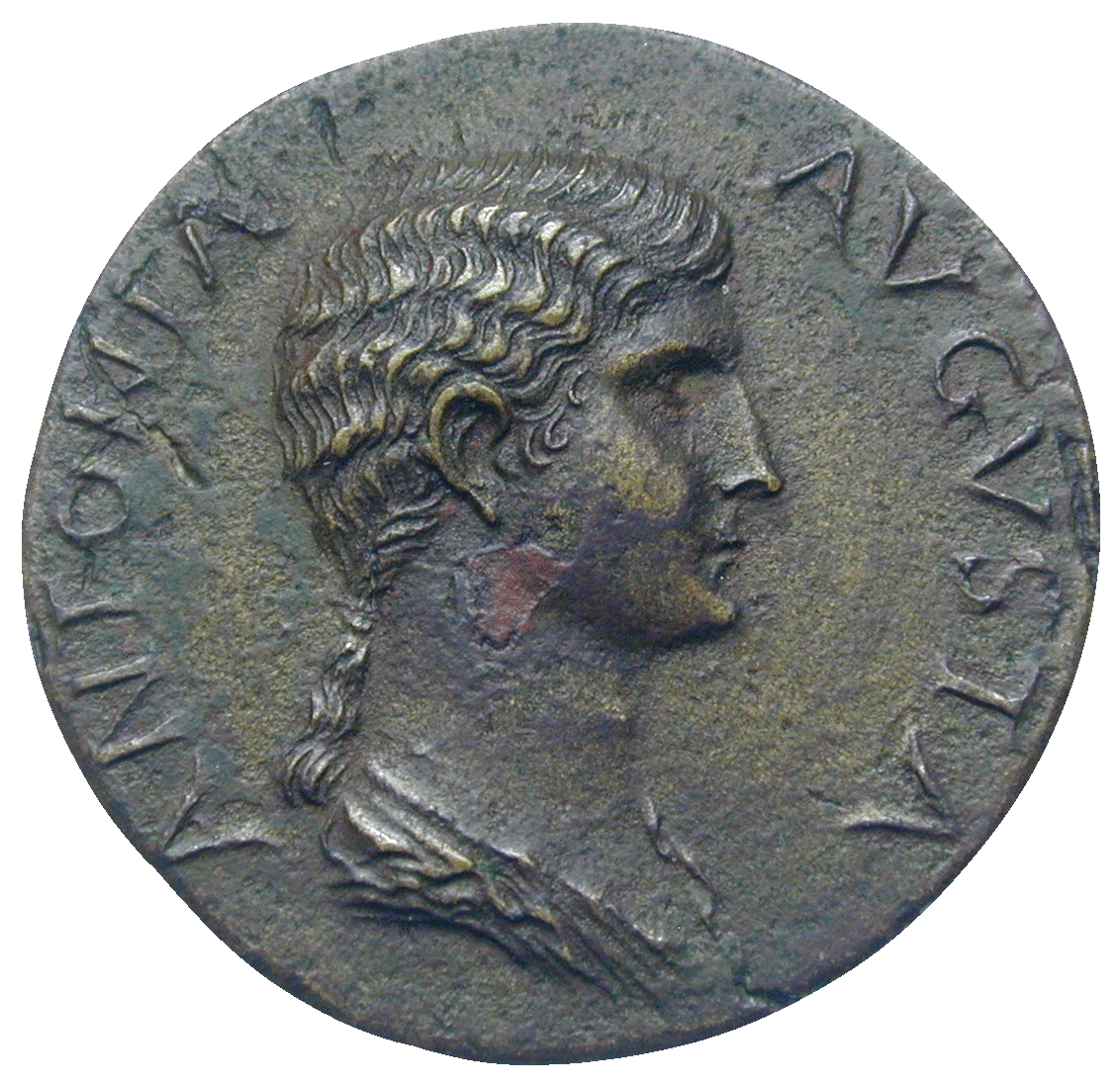 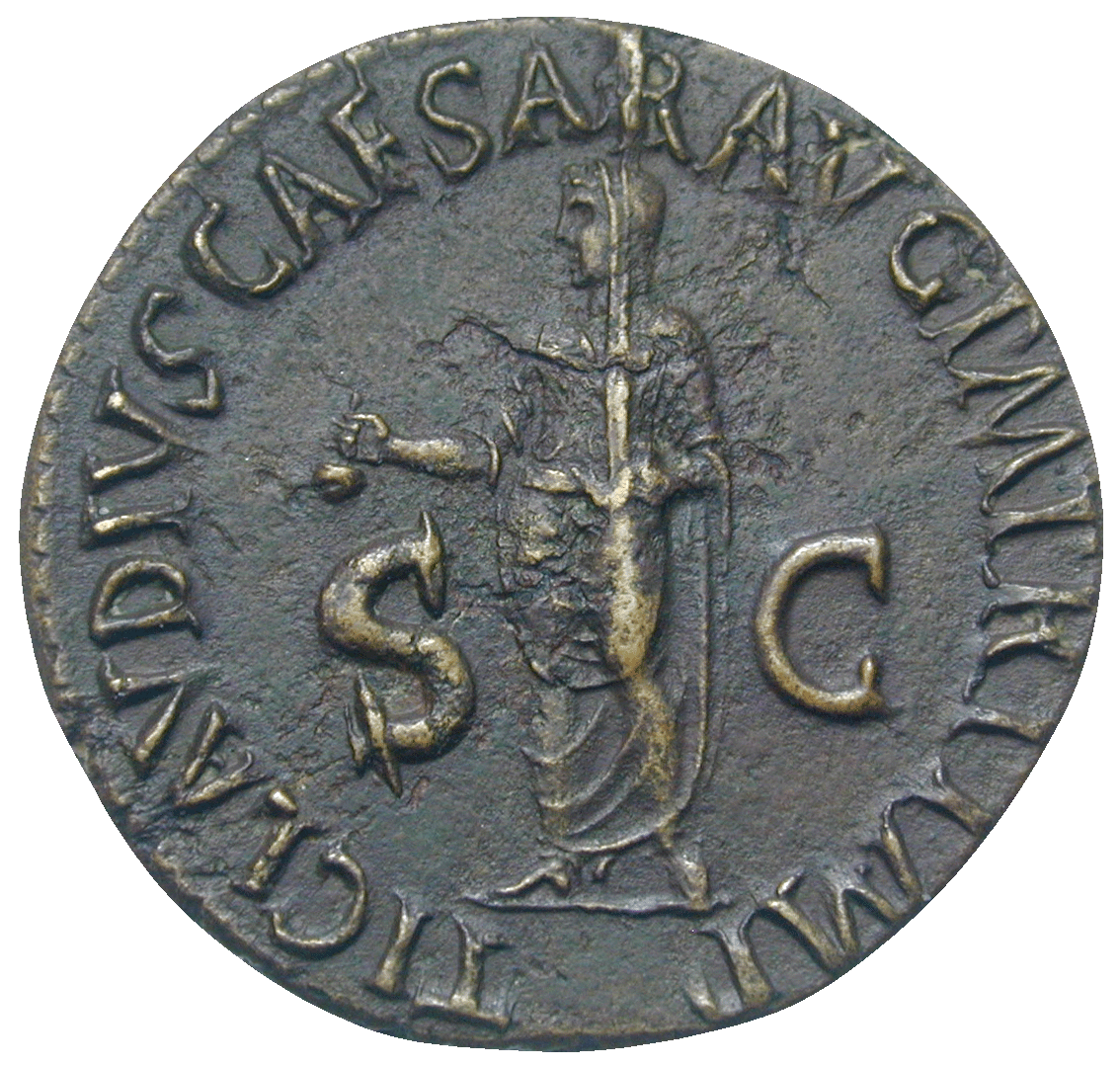 When Claudius assumed the throne of the Roman Empire (41-54), he was hardly known among his subjects. To link himself to his more renowned ancestors, he had them depicted on many of his coins. The obverse of this dupondius shows his mother Antonia, who was highly esteemed among the Romans.

The reverse depicts Claudius himself as a loving son, performing the death cult for his mother. As was customary at sacrifices, he has pulled a fold of his toga over his head. In his hand he holds a simpulum, a small ladle, to make a libation in honor of his mother.