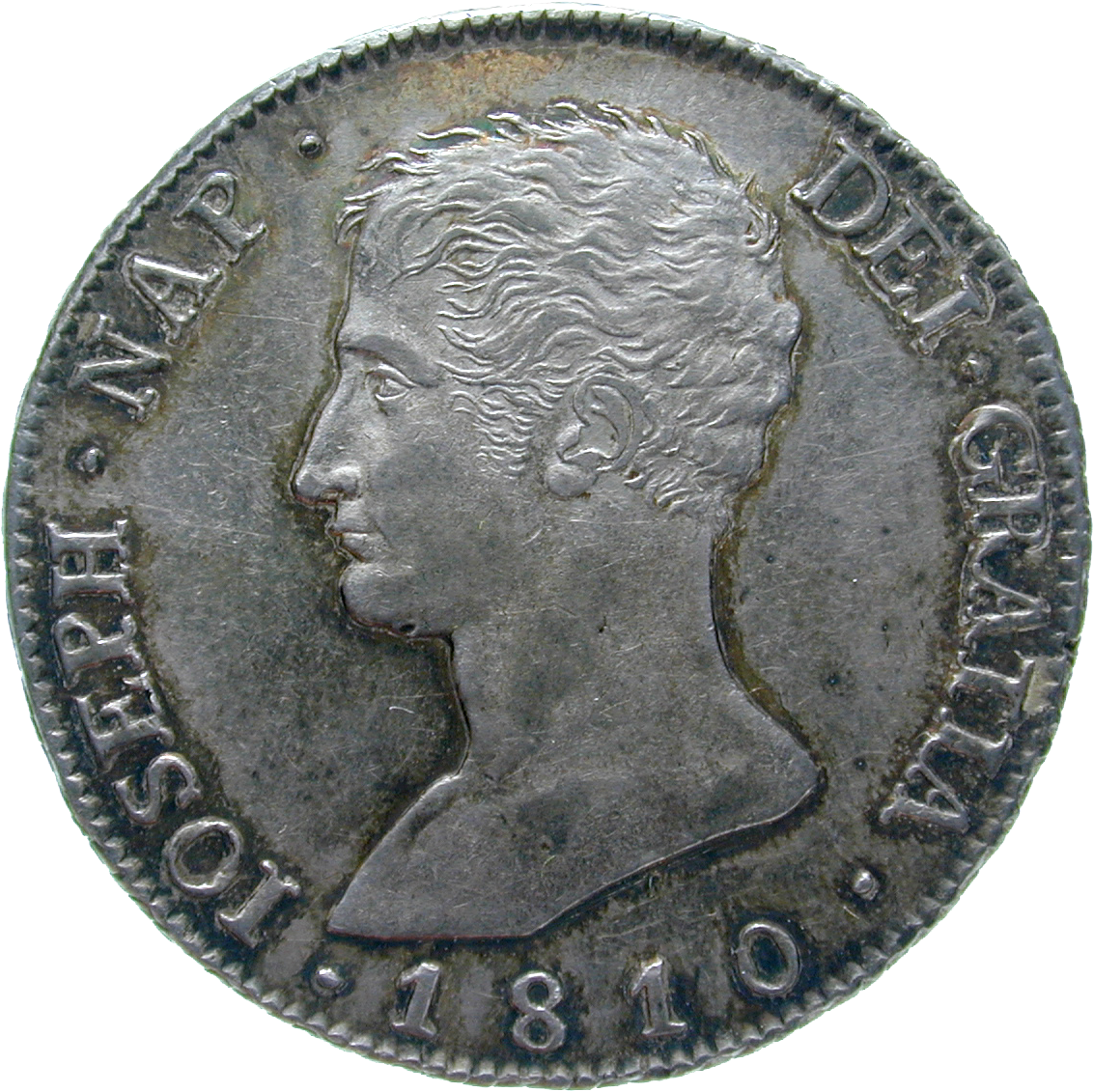 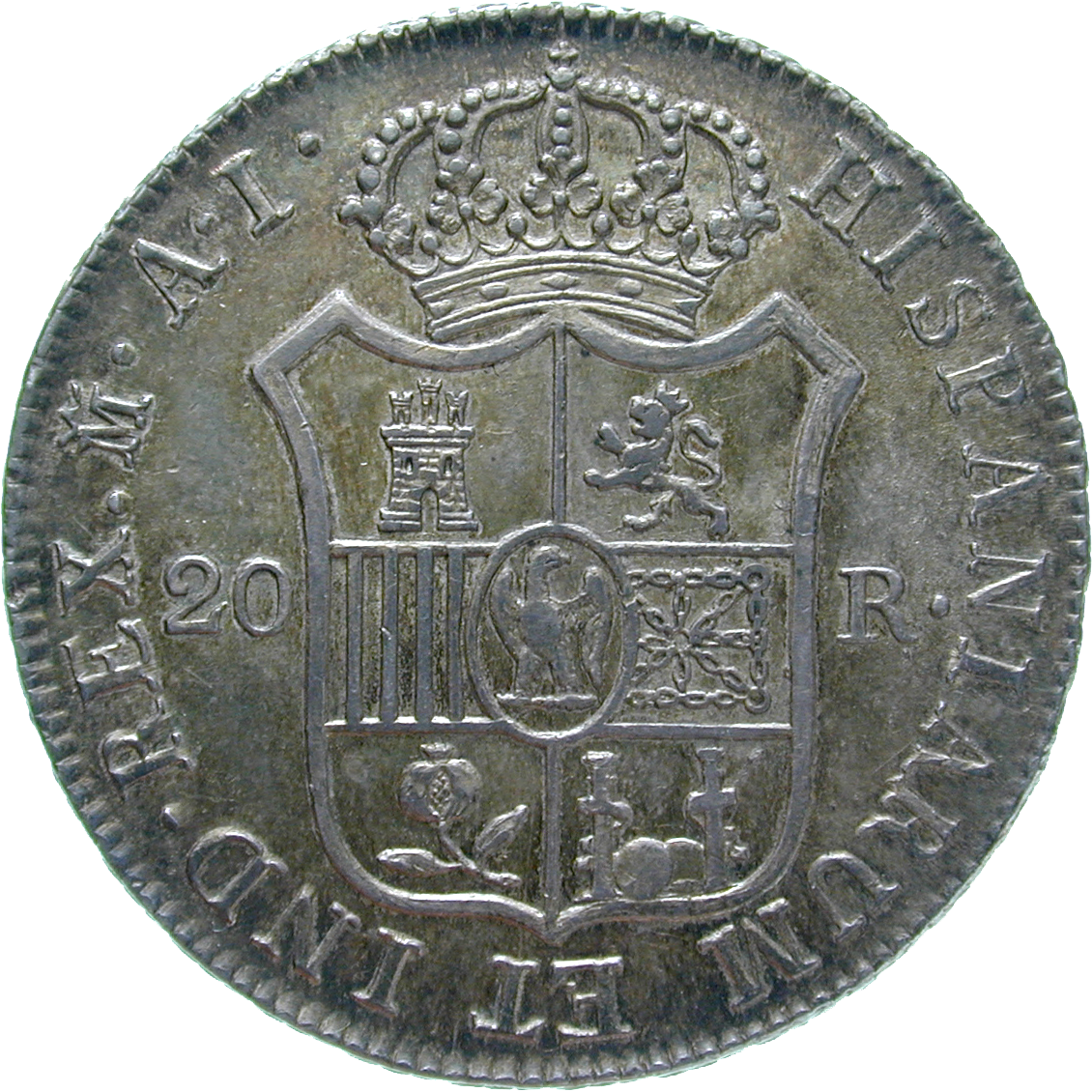 In 1808, the French Emperor Napoleon Bonaparte enthroned his brother Joseph as king of Spain (until 1813). Hence the once so proud country of Spain was reduced to a French satellite state. This had an impact on Spanish coinage, too. Soon lots of French coins were circulating in Spain, so that in 1813, the government declared the French franc legal tender. Yet French dominion did not last in Spain. The Spanish population neither accepted the foreign rule, nor the improvements Napoleon tried to introduce. Armed resistance soon developed into national insurrection. In 1813, Madrid was liberated with the help of the Brits, and Joseph Bonaparte had to flee the country.