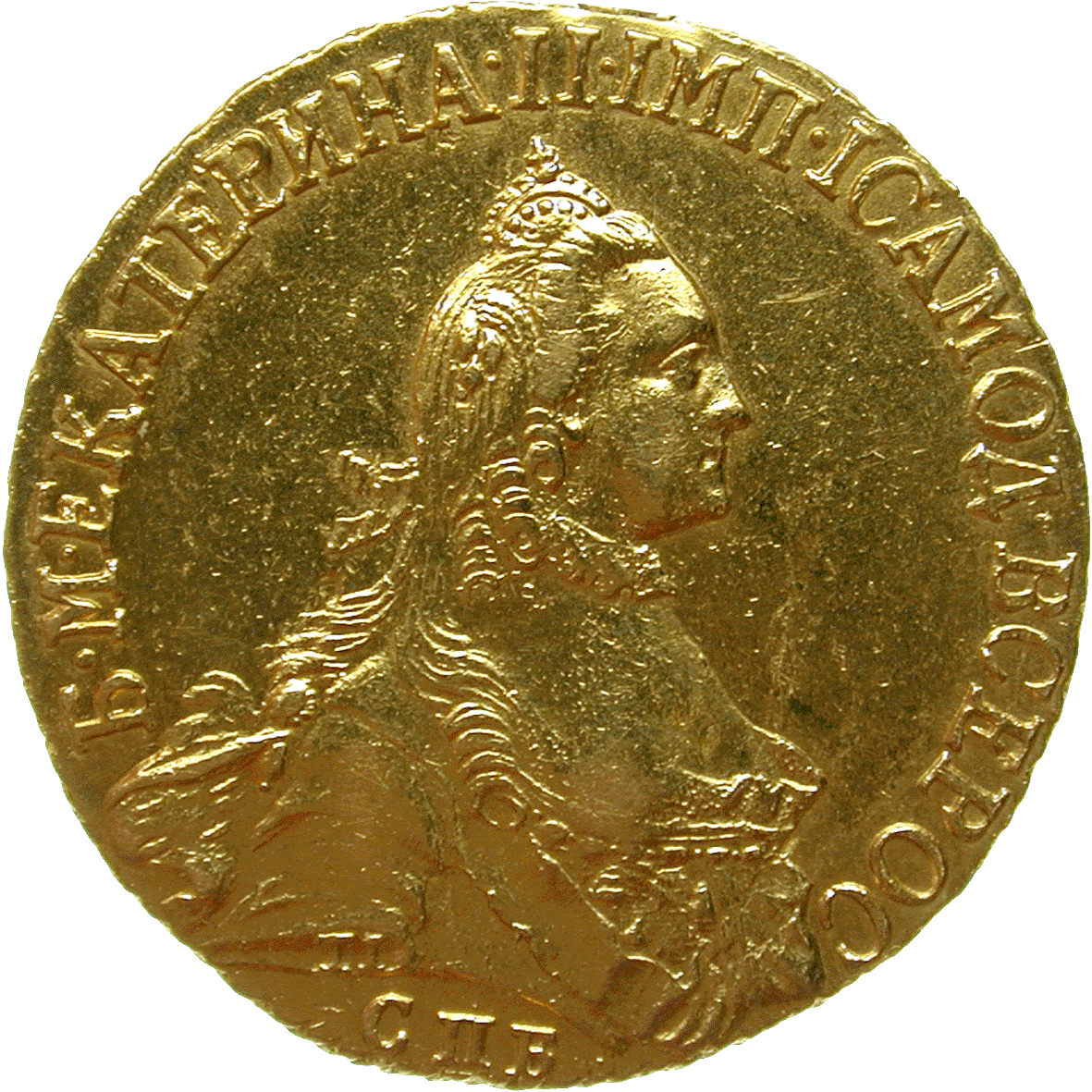 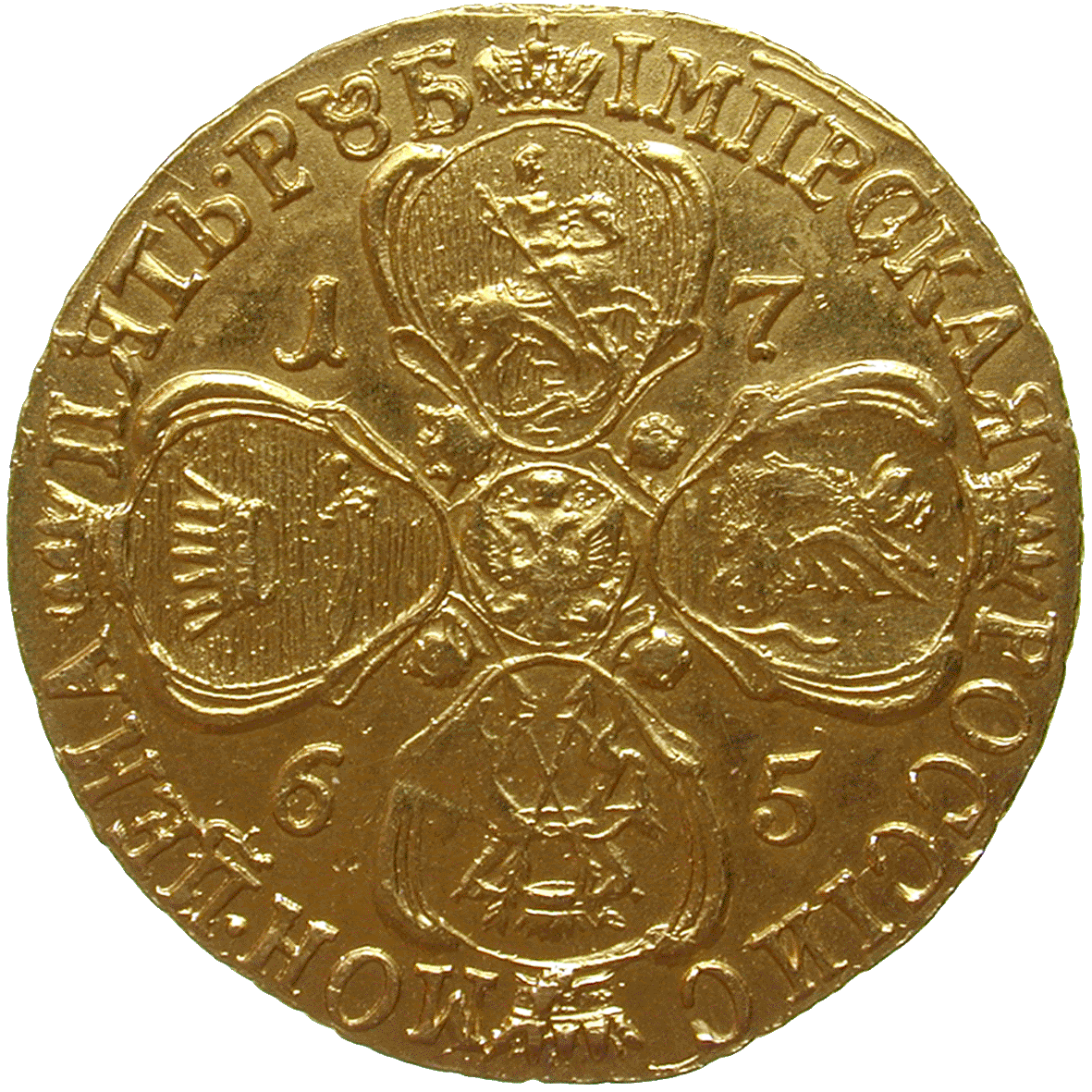 The German Princess Sophie Auguste Friederike of Anhalt-Zerbst ascended to the Russian throne in 1762 (until 1796). She was crowned under the name of Catherine II, later to be called "the Great." Under her long rule, Russia was enlarged through two successful wars against the Turks and the annexation of parts of Poland and of the Crimean. Besides, the tsarina also paid attention to the internal administration of her empire. Catherine also took care of coinage. She had many gold coins minted – ducats for foreign trade and for the payment of the troops, and golden rubles for domestic circulation. Her main effort, however, aimed at the enhancement of copper coins – the every-day-money of most Russians, who hardly ever got hold of a golden coin.