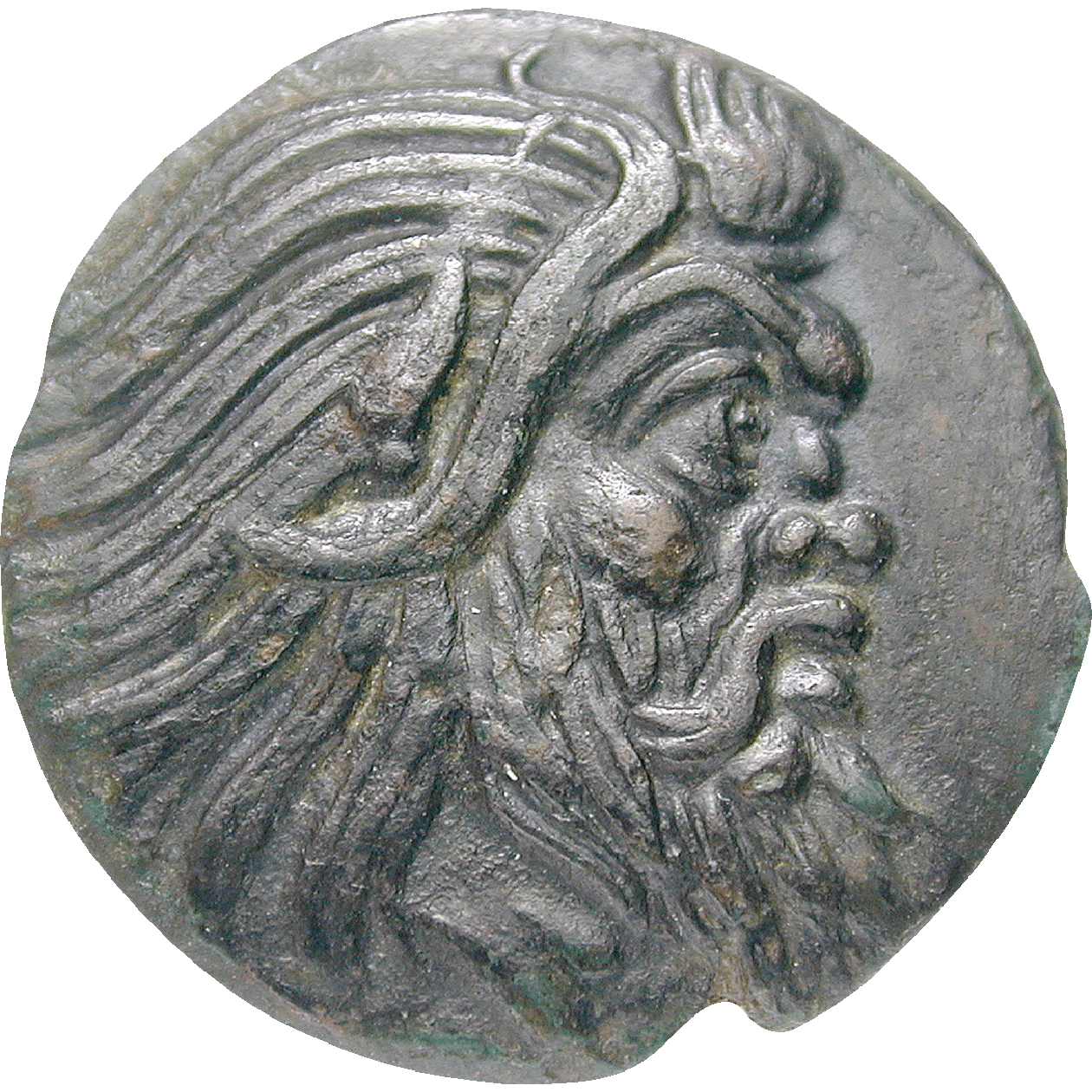 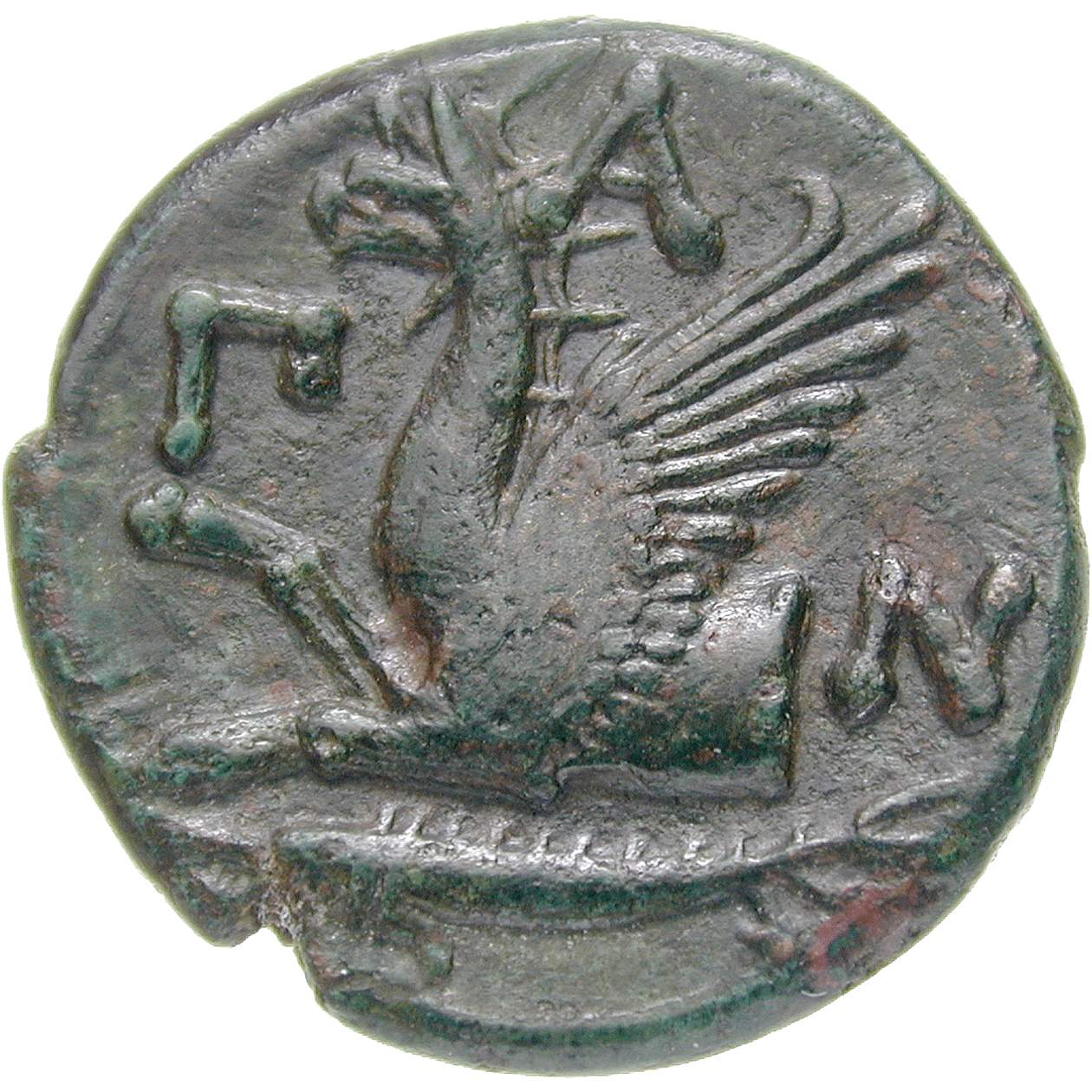 The city of Panticapaeum was founded around the mid-6th century BC on the strait between the Black See and the Sea of Azov. In this strategic location the new foundation controlled the narrow passage between the two waters and thus soon became the most important port for trade between the Crimean and south Russia and the Aegean.

Coins had been minted in Panticapaeum already in the 5th century BC. They are evidence of the city's economic prosperity, especially since the 4th century. This little bronze coin depicts on the obverse the head of Pan, punning on the city's name. The griffin on the reverse is the fabulous monster that was reputed to guard the sources of gold in the distant Ural or Altai Mountains.