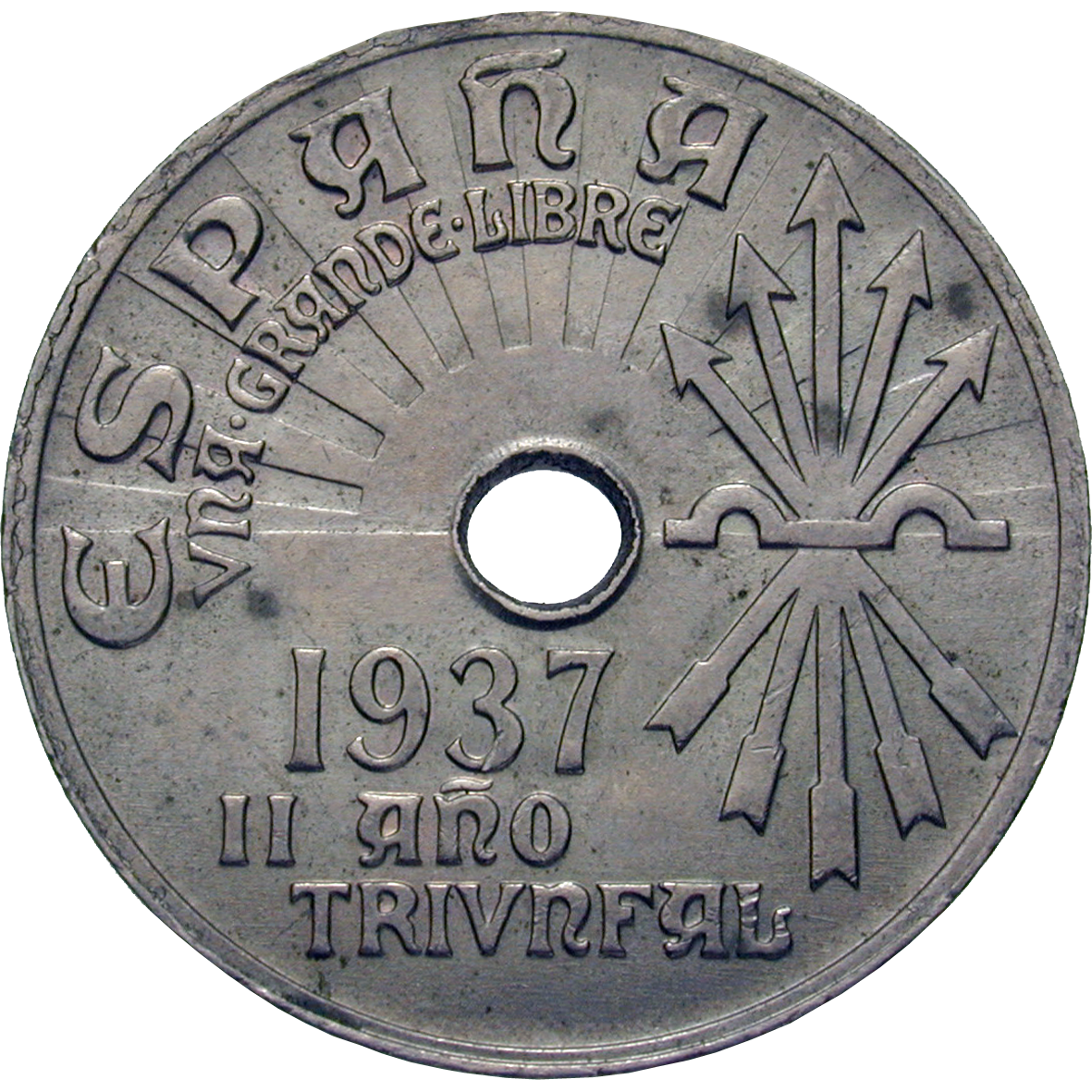 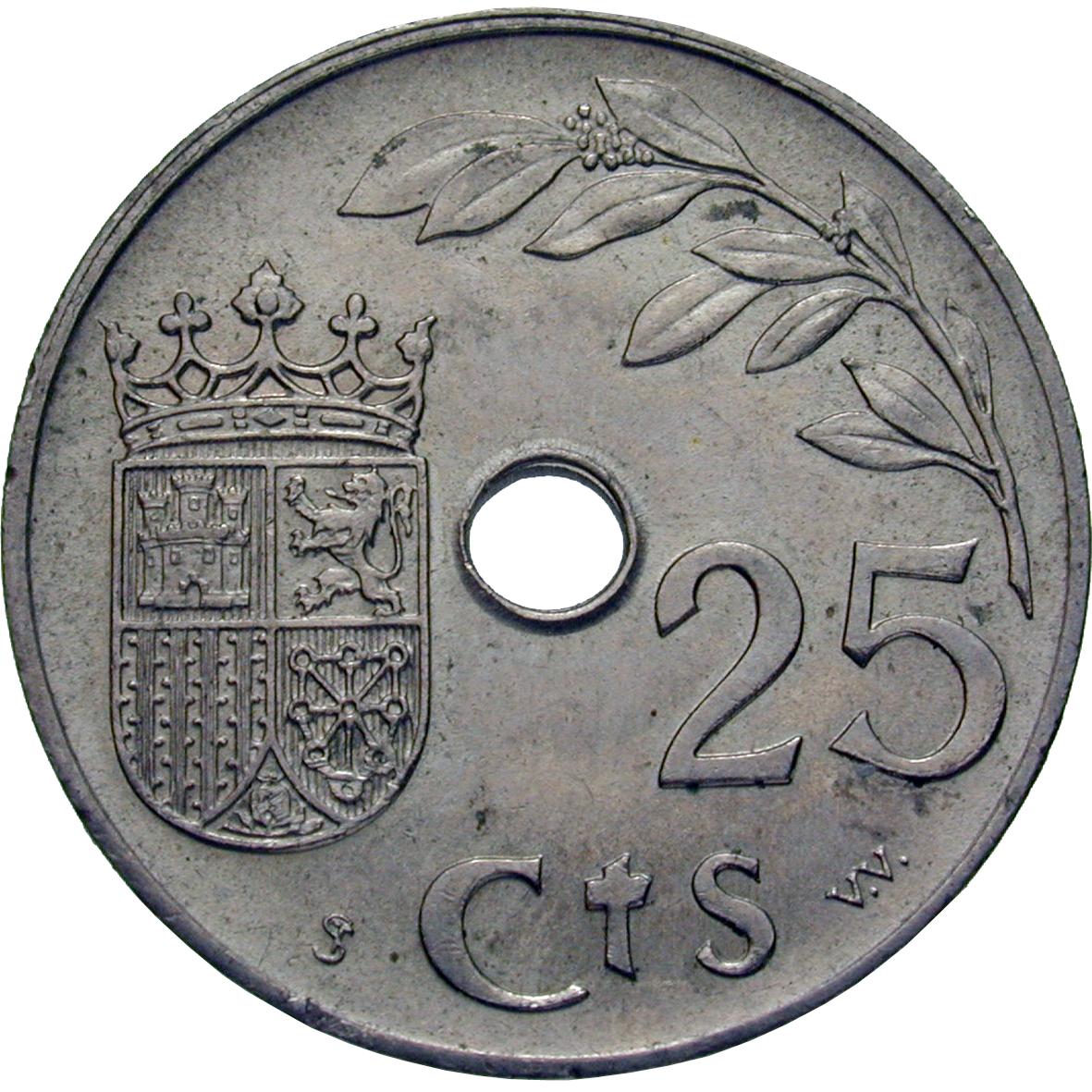 In the last years of the 19th century, Span developed from an agrarian into an industrialized country. The economical changes precipitated millions of people into joblessness and poverty. Over the following decades, social protest in Spain took on a more and more ominous character. Social unrest did not stop after World War I. When the word economic crisis of the 1930s reached Spain, anarchistic ideas gained new influence. At the same time, fascist-nationalistic ideas became virulent. In June 1936, the army organized a coup d'état to reinstall law and order in the state. It was the beginning of the Spanish civil war (until 1939), and of the career of the Dictator Francisco Franco, who reigned Spain until 1975. In the course of the civil war, both parties brought out their own money. The first coin of the nationalists under General Franco was a piece of 25 centimos. These coins were minted in Vienna, and bore the motto VNA GRANDE LIBRE (united, grand, free) together with IL AÑO TRIVNFAL (the year of thriumph).